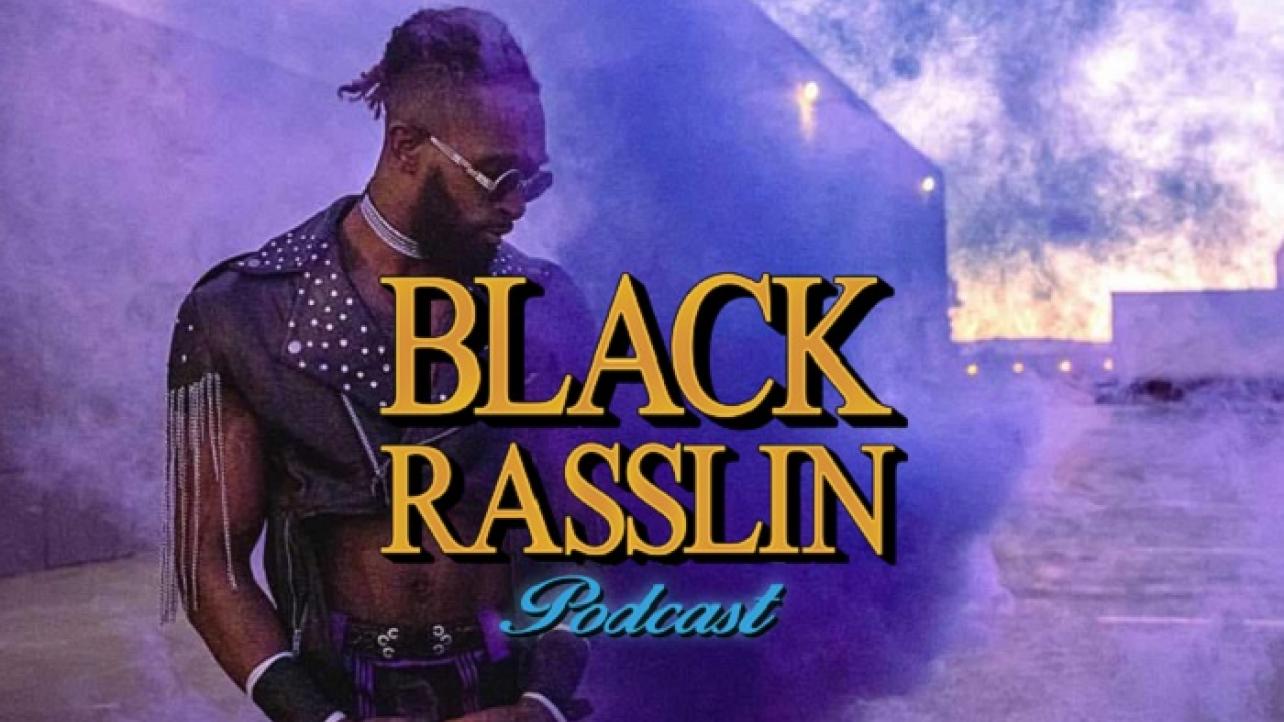 During his appearance on the program, Bey graded his own talent and ability as a pro wrestler, revealed the origins of his Black Panther inspired ring gear, possibly being used on AEW Dynamite and more.

Featured below are some of the highlights from the new Chris Bey interview, as well as a complete archive of The Black Rasslin’ Podcast “Christmas Bey Celebration” special.

On where he thinks his skills are currently at: “I’ve been just as critical of my work as anybody, so every time something is out there of mine, I’m watching it back and I’m hoping that I feel as strong as I want to feel about it. I still want to grow though, I don’t think that I’m at the best of my ability in the ring. I think I’m at my current best, as far as what I can provide right now. It’s cool that everything that I’m doing is being [received] well and that people are seeing that and thinking positive things about me. It shows that I’m going in the right direction of where I want to go, which is progress rather than there’d be a lot of hype around me, and then when the time comes people are like, ‘Yeah I don’t see what people see in this guy.”’Or I’m just not producing my best quality work. I think what we just saw this past month with the Super J-Cup and the match with Rich Swann, has been my very best work. And I think to do it without audiences too, I think that has something to be said to the conversation as well.”

On his Black Panther inspired ring gear: “I had a conversation the day…after Chadwick had passed. I had a conversation with my nephew. My nephew’s eight years old now and he was very inspired by me, now that he knows what his uncle does and he can understand what it is that’s going on. My relationship with him was not much before I left home to pursue this. He was very young and I didn’t get to see him often, and the one time I remember seeing him, was at a barbecue where we were celebrating my dad coming out of a successful surgery, dealing with his colon cancer at the time. My dad passed away before I was able to start pursuing wrestling, and when Chadwick had passed away colon cancer I remember tweeting about it. The day after my nephew called me and he was like, ‘Hey, I saw that you said that Black Panther died with the same cancer as grandpa.’ He was like, ‘I love Black Panther. I have all these posters on my wall.’ And as he’s telling me this, I’m just like, ‘I think that’s what I have to do for my next set of gear.’”

On how he feels about the representation in IMPACT’s main event scene: “It’s crazy because as important as the representation is for me growing up, I know that I always wanted to be here but I never actually knew if I would ever be able to be here because of what I have yet to see, which is a moment like that. The moments for me, I’m always taking things step by step by step. When the match happened, it was like, ‘Sweet. Okay, cool. We did it.’ Then [in] my subconscious mind, I was like, ‘This is something special.’ But it’s not until I see it back, and it’s actually out there for the world to see where I’m like, ‘Yeah, this is really it right here, we’re changing the game.’ Last year when Kofi won, he had his moment. For me and for a lot of people…that right there was that proper justification and validation that it’s doable and [to] trust the process and put in that work and trust the energy of our people. Because collectively we [made that] happen, and not just us as Black people, but the people who are also aren’t Black, who wanted to see us win and who wanted to see us get there. Collectively, all that energy combined made it happen. And then now for me, that moment right there, I was like, ‘All right, sweet. Anything’s possible.’”

On signing with IMPACT and possibly being used on AEW Dynamite: “I’m thinking about it because of that whole fact that this is all new and this is the first time it’s being done. I was in the gym today this morning, I got up at 5:00 AM. I go to the gym with one of my buddies who helps me with my boxing and sparring. But he asked me, because I was telling him I was like, ‘Yeah man, you just got to stay in the best shape of my life because you never know if I’m getting a call to go somewhere on a Tuesday on Wednesday.’ He was just like, ‘How does that even work? What do you know about that?’ And I was like, ‘There is no format of how this works, because this is the first time this is being done. This isn’t something that we already have a routine and schedule for because this is just new. So…last year, I was able to do the three companies at the same time. This year I was able to do New Japan and Impact in the same night. The opportunity’s got to present itself for me to do that. I would love to do what I did [in] Impact there, because there’s a reason why I’m an Impact person. There’s reason why I wanted to go to Impact Wrestling. If I’m going to do it, I’m going to show up with [an] Impact Wrestling t-shirt on…and let people know where I’m from, and if they like what they see, [they know] where they can find me, because I wanted people to come to Impact. I like Impact Wrestling. I love the Impact roster. I love the people we have in there. I remember telling a fan at the beginning of the year, when I signed the Impact [and] the news dropped…they were like, ‘Hey, wow, damn. Why did you go to Impact? I wanted you to go to AEW.” And I was like, “Because you’re already watching AEW. You’re not watching Impact.’ So if you support me, you can come find me over here and add to our viewership over here, not just having to be a part of something you’re already tuning them to see, and that’s just how I feel. If that opportunity is going to present itself for me to go over there and make it big at AEW for a select amount of time, of course I’m going to do it.”

Check out the complete Chris Bey interview below, or by visiting BlackRasslin.com.