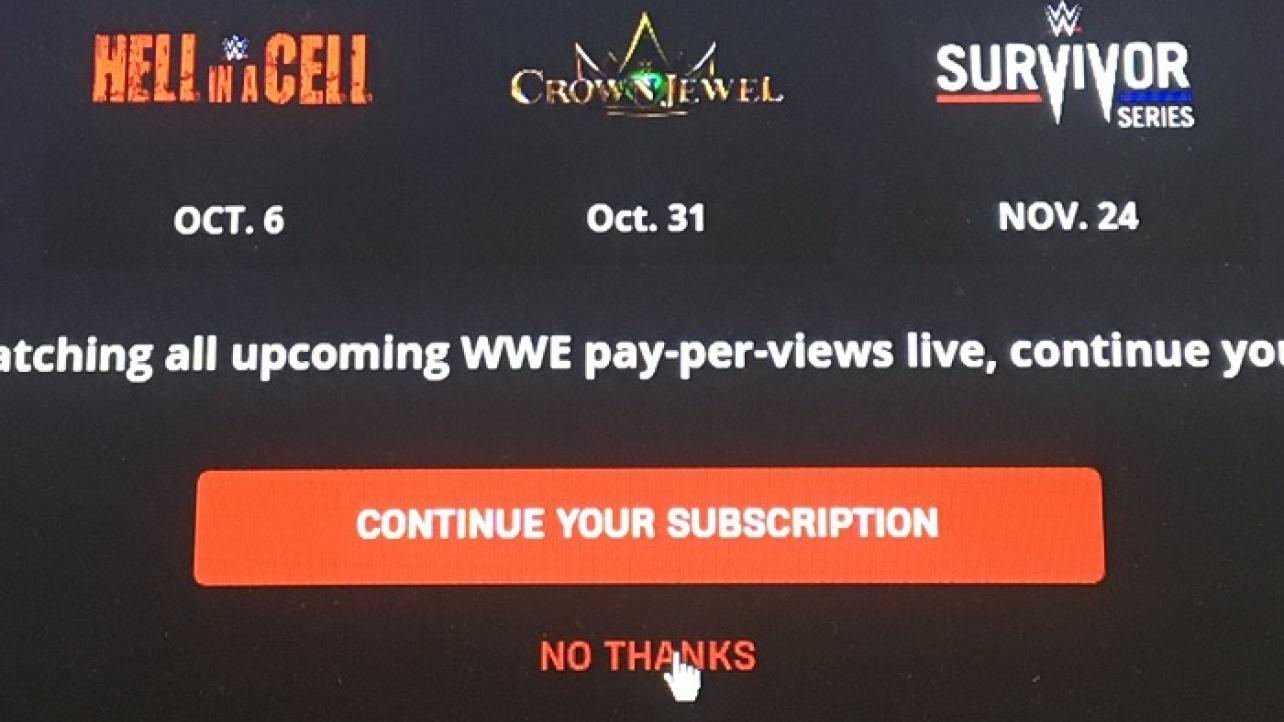 Following the unpopular conclusion to Sunday night’s WWE Hell In A Cell pay-per-view, Chris Jericho hopped on social media to stir the pot a bit.

The AEW World Champion re-tweeted several posts from pro wrestling fans on his official Twitter page that shared their displeasure with the way WWE wrapped up the highly-anticipated Seth Rollins vs. “The Fiend” Bray Wyatt HIAC match for the WWE Universal Championship.

Among the tweets Jericho posted was a fan who supported the “#CancelWWENetwork” social media movement, which has gained quite a bit of traction on Twitter and other outlets following the end of Sunday night’s WWE Hell In A Cell PPV.

Check out some of Chris Jericho’s RTs related to the conclusion of WWE Hell In A Cell 2019 below.

@WWE Book utter shit like the end of #hiac and it’s #cancelwwenetwork and hello to @AEWrestling @CodyRhodes and @IAmJericho pic.twitter.com/nvOmjO2iiP

Not only was the Red Light annoying, but probably one of the worst finishes to a PPV especially a #WWEHellInACell Will be easy to switch over and watch @AEWrestling #Dynamite on Wednesday! @IAmJericho

AEW chants during the end of Hell in a Cell. Will anybody in AEW thank @IAmJericho? #ThankYouJericho #HIAC

@WWE Need a little drink of the bubbly after that horrible ending #HIAC ! @AEWrestling @IAmJericho

@IAmJericho @TalkIsJericho The ending of #HIAC was like a @DuffMcKagan joke of the week. I laughed,groaned and sighed all at the same time. #AEW