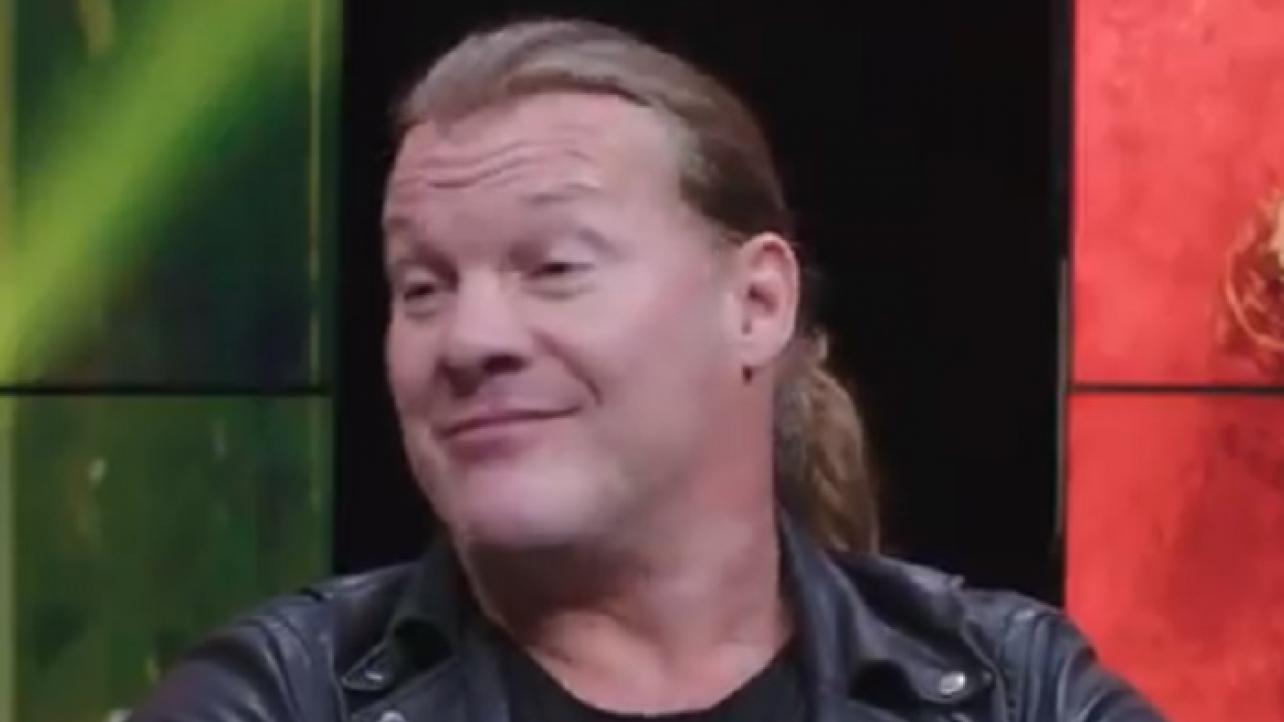 The always outspoken Chris Jericho held absolutely NOTHING back when discussing his thoughts on AEW’s triumph over WWE in their first “Wednesday Night Wars” showdown this week during an interview with Complex Sports.

The AEW World Champion appeared on Complex Sports and spoke at length about AEW beating NXT in the first instalment of the Wednesday Night Ratings “war.”

On WWE releasing a statement congratulating the AEW debut: “Because they’re embarrassed. I know how they work. And the fact is, I haven’t seen the actual rating but I’m assuming they know how what it is, and I think we probably kicked their ass. They started this. Everything that they’ve done has been a reactionary move to us. We’re not in a war with anybody besides ourselves. I don’t care if you put…you resurrect John and George and it’s the reunion of the Beatles at the Super Bowl or whatever. All that matters is our show. You can put anything up against us, and we can’t compete with that. We can compete with what we’re doing.”

On the war with NXT: “They kinda started this war, and the very first night they got destroyed. Big deal, it’s our first debut, great. But they have to come back and say you know, ‘It’s a marathon and not a one-night sprint.’ Who’s ever said it’s a one-night sprint? It’s not a war for us. Now, we’re placed in one and we’re gonna kick ass because we’re gonna do what we do very, very well. There’s a little bit of an arrogance toward us that’s now gone. I was very excited to get that sh*t going. All that talk, its like hockey, against someone yapping against you. When you score 10 goals, and someone is talking sh*t, you say ‘look at the scoreboard, it’s 8-0’..that shuts people up in their place and then they get mad and then they get desperate. I’m not saying anyone is desperate, I’m not saying anything at all. We put on a great show and got a great number apparently and if some people are excited, as most people are, that’s great and if others are angry at us, then we’re sorry.”

“We’re not in a war with anybody besides ourselves…all that matters is our show.”@AEWrestling World Champion @IAmJericho comments on the first night of head-to-head competition between AEW & NXT.

This is so great.#ChrisJericho gloats about #AEW def. #WWE in Week 1 of “#WednesdayNightWars“