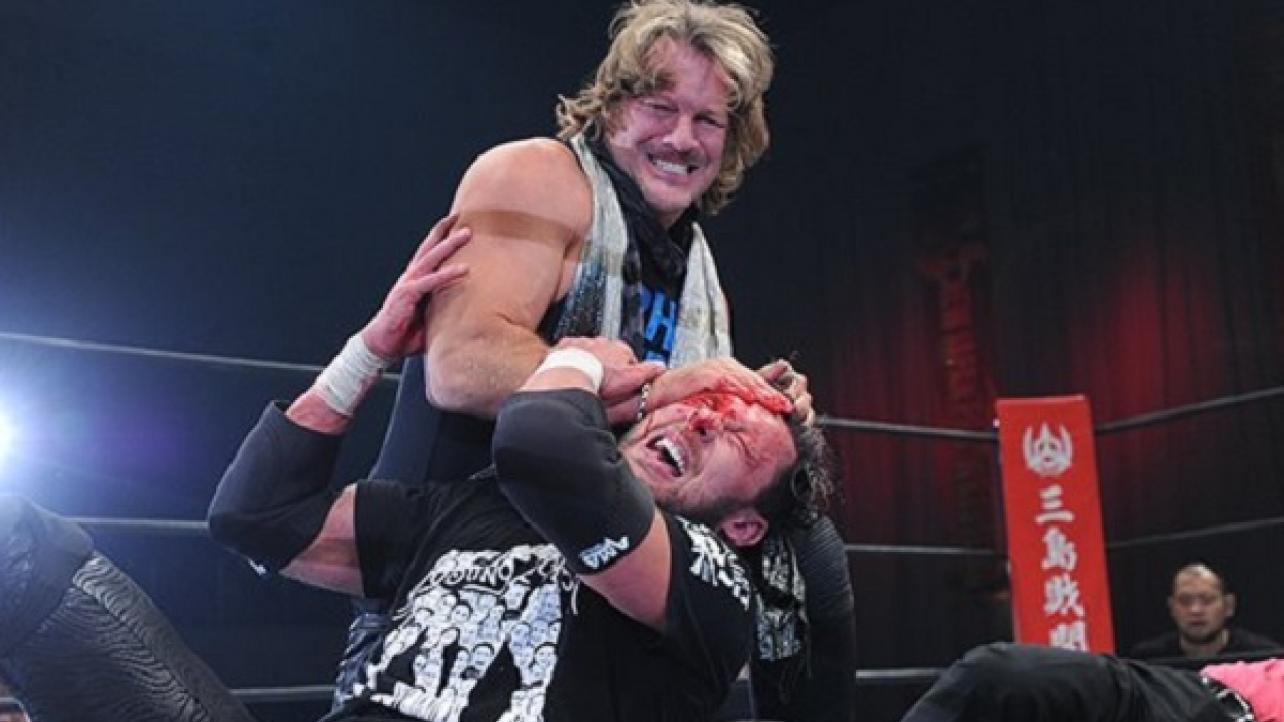 New Japan Pro Wrestling shot an angle between Chris Jericho and Kenny Omega at their World Tag League Finals show, as the build to their “Alpha vs. Omega” match at Wrestle Kingdom 12 continues.

Omega and The Young Bucks defeated Rocky Romero, Sho & Yoh at the show and after the match, a new video of Jericho aired. In the video, Jericho congratulated Omega and asked if he’s ready for their showdown next month in Tokyo, claiming fans will find out who truly is the best in the world. He promised to beat the hell out of Omega.

From there, Jericho appeared in the ring out of nowhere and attacked Omega, blasting him with his Codebreaker finisher. He would go on to continue beating down Omega, drawing blood from the IWGP United States Heavyweight Champion after hitting him with his belt. Omega started trying to make a comeback at one point, however Jericho cut his attempt short by hitting him with another Codebreaker.

Don Callis ended up going into the ring to check on Omega as Jericho was seemingly done and about to leave, however Jericho doubled back and took out Callis with a Codebreaker before delivering some more punishment to Omega.

Finally, The Young Bucks chased Jericho off with a baseball bat. Jericho got on the microphone one final time and told everyone that he would see them again at Wrestle Kingdom 12 in January. Callis went on to be taken out by a stretcher to close out the segment.