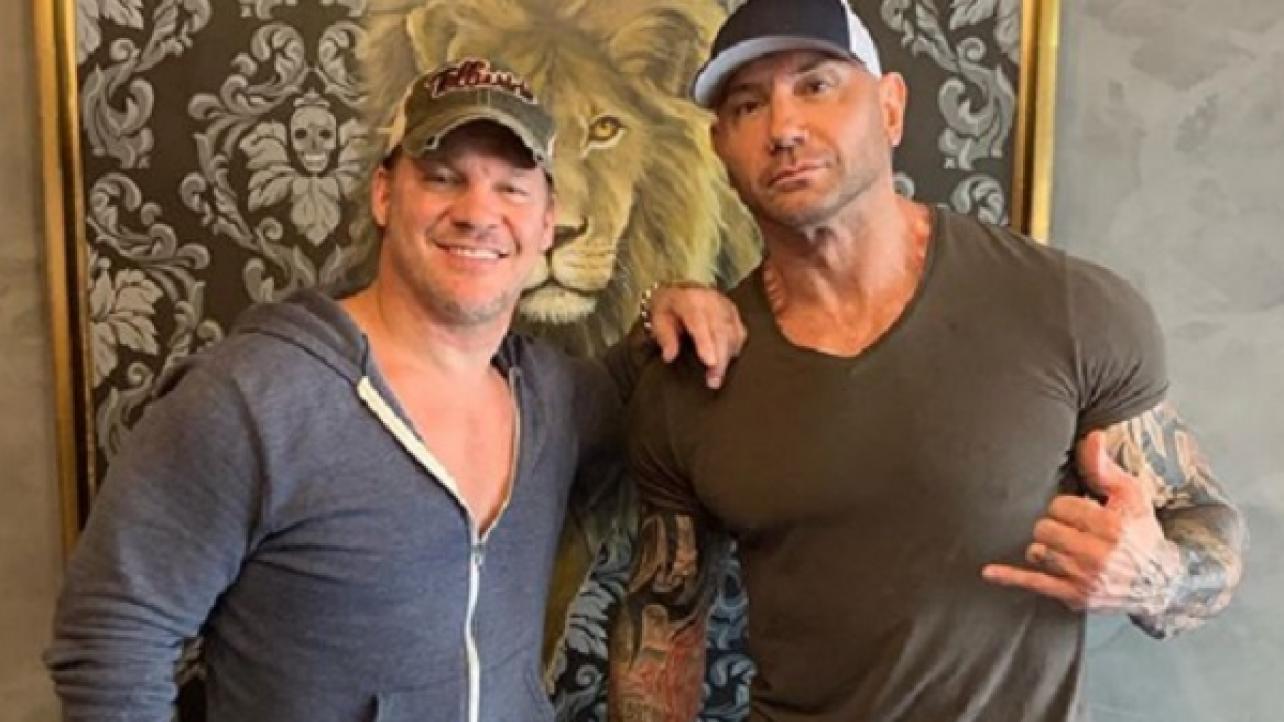 – Chris Jericho uploaded a picture to his Instagram yesterday where he revealed that he met up with his “bro” Dave Bautista (Batista). This comes on the heels of reports indicating that Bautista is in talks with both WWE and AEW about a potential return to wrestling later this year. Whether the meeting with Jericho discussed an agreement with AEW is unknown but the photo is sure to fuel more rumors.

– WWE posted a brief injury update on Sasha Banks, not revealing much except to say that she “re-aggravated” a shoulder injury during her tag team match on Raw this past Monday. In actuality, Banks has been hurt since Royal Rumble and is not cleared for any in-ring activity which is why she took a very minor bump on Raw and didn’t even get into the ring.

– When Kevin Owens returns to action in the March-April timeframe, it appears that he will be introduced as a babyface, however, the long-term direction of his character is eventually as a heel.