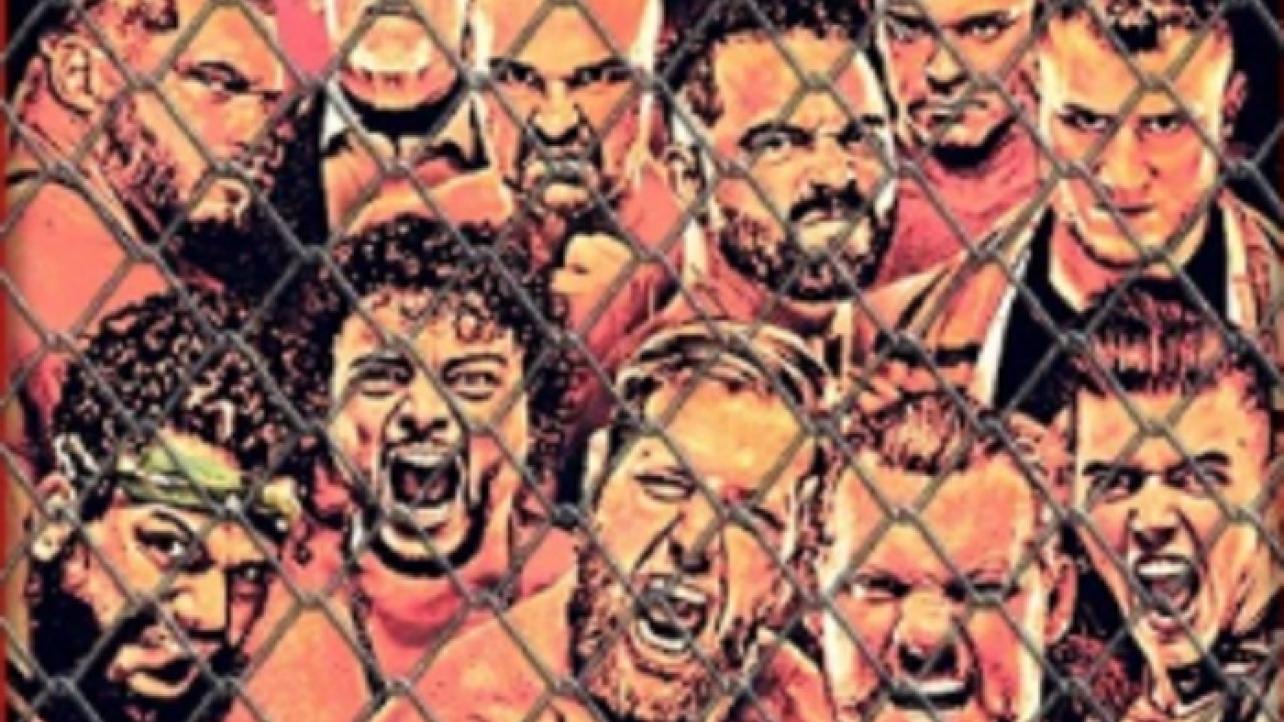 As noted, Chris Jericho recently appeared as a guest on Wrestling Observer Radio at F4W Online for an in-depth interview with Dave Meltzer and Bryan Alvarez to promote next week’s special edition of AEW Dynamite: Blood & Guts.

Ahead of the big WarGames-style showdown between The Inner Circle and The Pinnacle, “Le Champion” talks about how the Blood & Guts match will be different from the aforementioned variation previously used in WWE, WCW and the original NWA, as well as how the special gimmick match will not be the end of the ongoing rivalry between the two AEW factions.

Featured below are some of the highlights from the interview where “The Demo God” talks at length about the special Blood & Guts match, as well as the rivalry between The Inner Circle and The Pinnacle.

On how the Blood & Guts match on Dynamite next week will be different from the traditional WarGames matches featured in WWE, WCW and the original NWA: “It’s not a true blue War Games either. The apparatus is different just because of the way – I don’t think I’m giving anything away here – the configurations of Daily’s Place… you’ve never seen an apparatus like this, there are some differences to it. Blood and guts really is a new version. It’s not WWE‘s version of a War Games, it’s not Dusty’s version of a War Games, it’s AEW’s version of War Games which is why it’s called Blood & Guts, it’s got a different name to it. And I like that, I like the fact that it has to be a different match, not just because we don’t own the copyright for War Games because we actually are making this a little bit different from what you’re used to.”

On how the match between The Inner Circle and The Pinnacle on May 5 will not be the culmination of their rivalry: “This is not the end of the story at all, the beginning in a lot of ways and, you know, once again I like to book ahead, it’s more like writing the ideas and then knowing where we’re going. It’s one of the things about wrestling that’s really cool. It’’ almost like connect the dots, because you know you have to hit this dot to do what you wanna do, but then you connect this dot and then this dot and then sometimes the lines aren’t as straight as you originally think. Sometimes there are twists and turns, but when you long-term book at least you know that this dot needs to be hit. Blood & Guts was something that, in my original thought, was kinda the end, and then it was moved on to more of the beginning, so you kinda rearrange accordingly. I’m really excited about the ideas and the planning.”

Check out the complete interview at , and make sure to join us here at eWrestling.com on Wednesday, May 5, 2021 for live AEW Dynamite: Blood & Guts results coverage from Daily’s Place amphitheater in Jacksonville, Florida.

(H/T to WrestleTalk.com for transcribing the above quotes.)