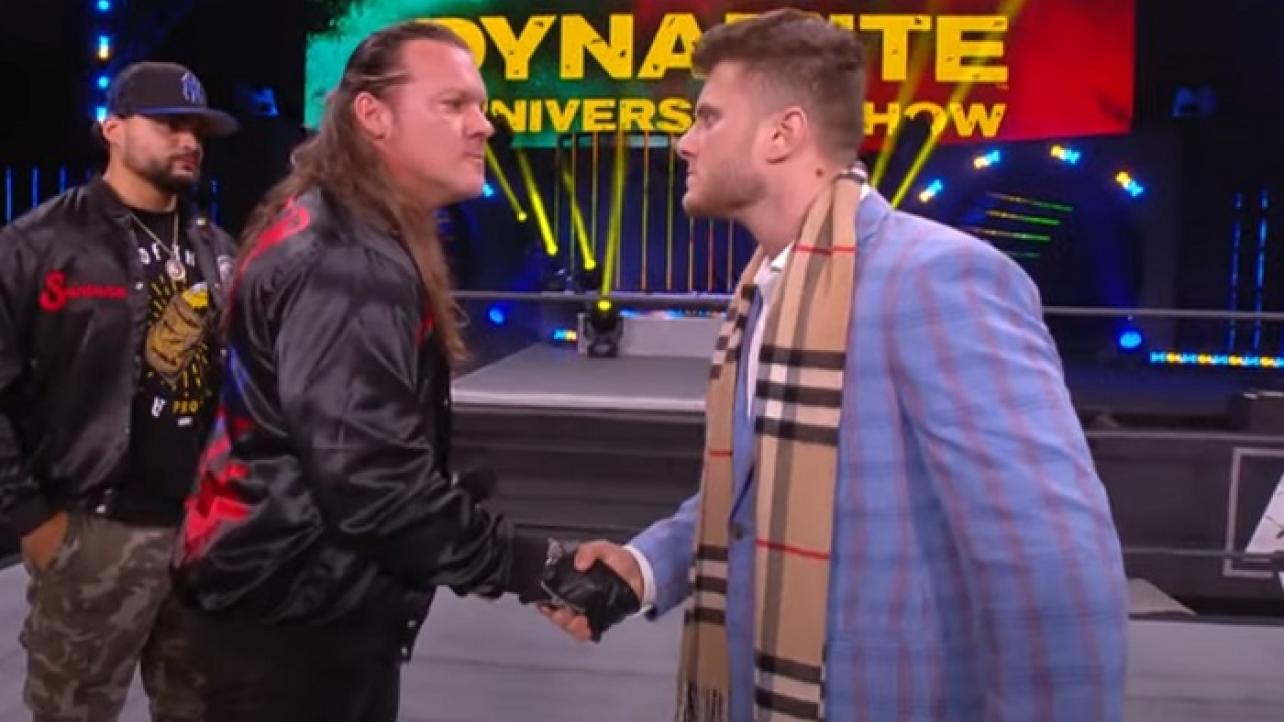 AEW superstar and former world champion Chris Jericho recently spoke with WrestleZone to hype up the new rock-documentary he worked on entitled, “I’m Too Old For This Sh*t: A Heavy Metal Fairy Tale.” During the interview the Demo God would discuss his ongoing storyline with MJF and the Inner Circle, stating that he loves how AEW is not rushing the angle and setting the standard for what pro-wrestling really is. Highlights can be found below.

Loves how they are not rushing the MJF/Jericho Inner Circle storyline:

I think what really came out is the story. I mean, the MJF/Jericho and Inner Circle story, believe it or not, started September 4, I believe. So here we are, five months in—September, October, November, December, January—and it’s still just heating up. So I love it, I love the storytelling that we’re doing. The long-term tales that we’re telling and that’s one thing that I love about AEW is, nothing is done just to do it. Everything fits the next part, to where you can always go back and go, ‘Oh my gosh, there’s the signs for what happened five weeks later. It started here.’ Those were the seeds and where they were planted. So I love it.

Thinks AEW is doing a great job of focusing on what pro-wrestling really is:

I love the idea of the Inner Circle, kind of the three-way tag team match that did a huge rating, which is great. But more importantly, it was a great story that we’re telling that continues on. This week it will continue and for the foreseeable future so it’s exciting for me, man. I’ve always been more into the characters and the stories behind wrestling and the actual matches themselves and I think we’re doing a great job of really setting the standard of what great pro wrestling storytelling is.