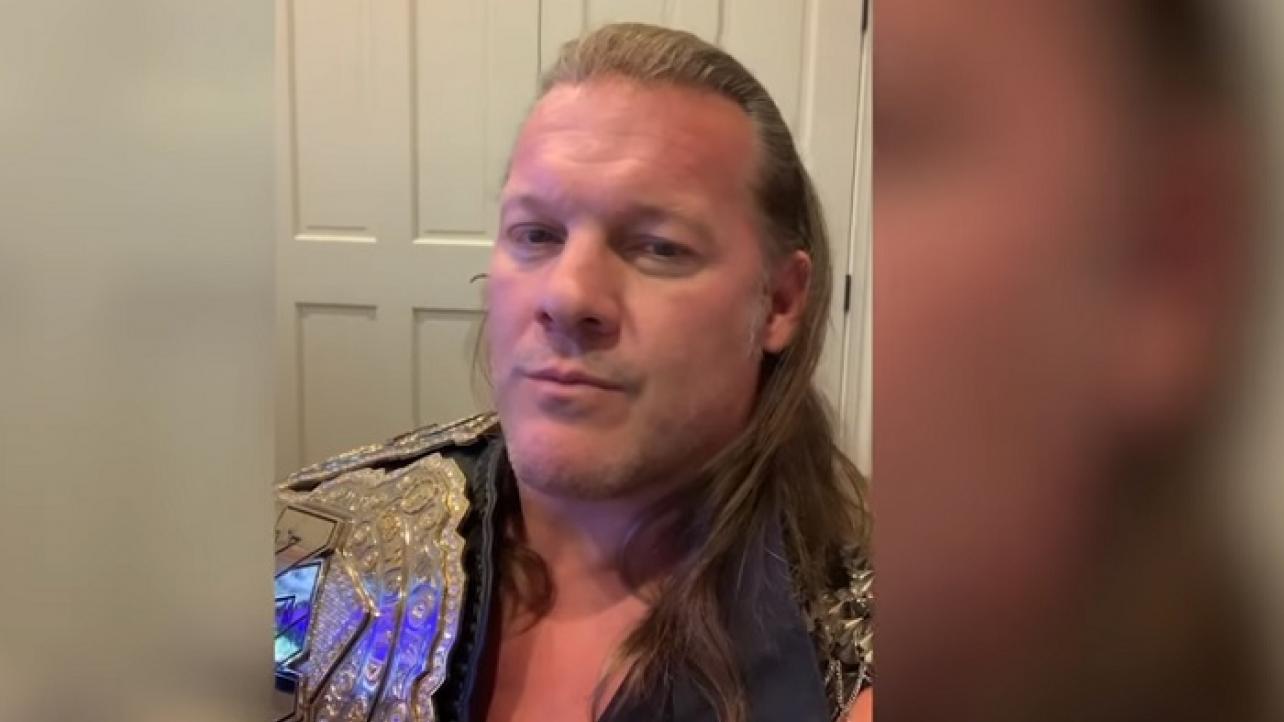 Chris Jericho To Cody: “I Don’t Like You Or Your Family, But I LOVE Being #LeChampion”

Chris Jericho is ready to take it to Cody when the two meet in their one-on-one showdown for the AEW World Heavyweight Championship at the AEW Full Gear 2019 pay-per-view in November.

With his title belt back home where it belongs, AEW World Heavyweight Champion Chris Jericho is featured is a new video released on the official AEW YouTube channel and various AEW social media outlets.

In the video, Jericho delivers a message to his opponent at the PPV scheduled for Saturday, November 9th at the Royal Farms Arena in Baltimore Maryland — and it is one that is in typical Jericho-heel fashion — very simple, to the point, and disrespectful-as-all-hell.

Check out the video below, and make sure to join us here at eWrestling.com on 11/9 for LIVE AEW Full Gear 2019 results coverage!

Chris Jericho To Cody: “I Don’t Like You Or Your Family, But I LOVE Being #LeChampion”