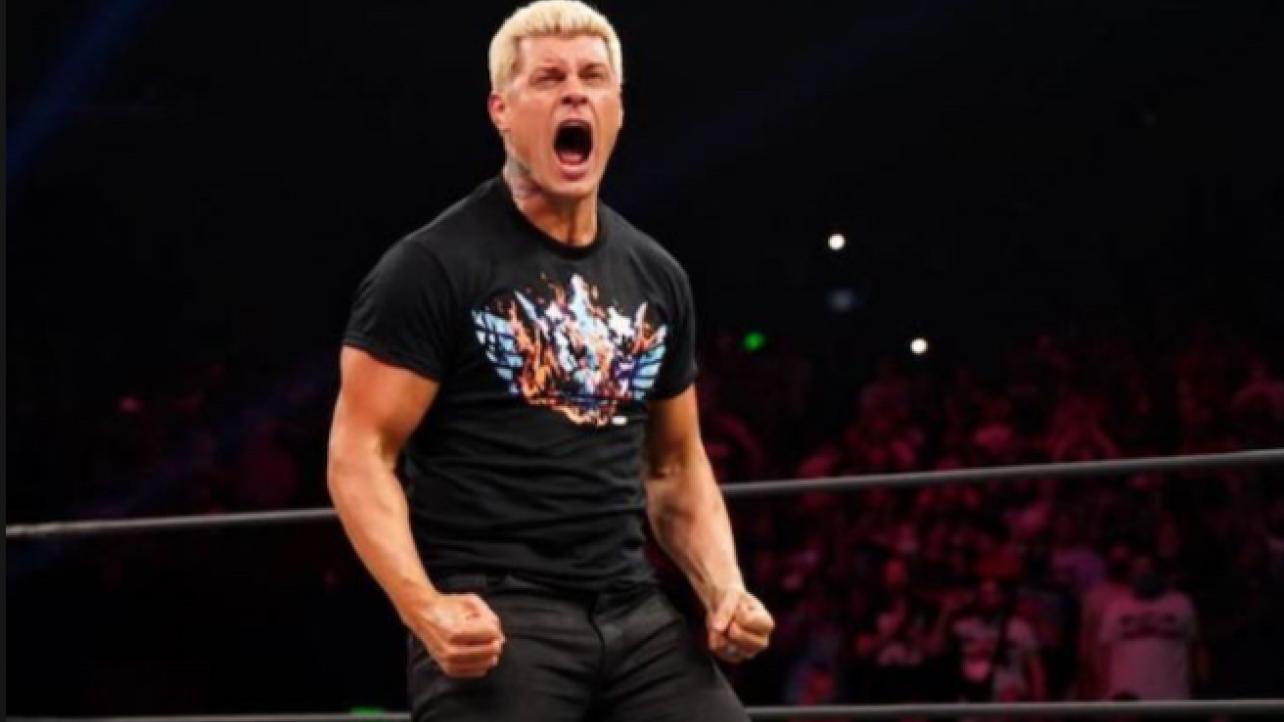 Top AEW Star Chris Jericho recently took to an episode of his “Talk Is Jericho” podcast, where he had “Gimmick Attorney” Michael E. Dockins as his special guest and during the podcast, a discussion would arise on the trademark battles talents experience with WWE, while also confirming that Cody Rhodes is definitely on his way to the WWE and is set to make an appearance on WWE TV soon.

“I’m pulling back the curtain a little bit on the wrestling business.” “You’re gonna discover how I’ve been able to be Chris Jericho no matter what company I work for or where I wrestle. You’ll hear how Danhausen gets to keep his name and gimmick from promotion to promotion. How Cody got to reclaim Rhodes from WWE even though he’s back in WWE…”

It has been rumored that Cody Rhodes will take on Seth Rollins at WrestleMania 38 and that he will be a member of the Monday Night RAW roster, but no confirmation has been made yet by the WWE. There have also been reports that Cody Rhodes will only appear during WrestleMania weekend as well as on the RAW after WrestleMania, but Seth Rollins ended last Monday’s RAW by saying that he will kick off RAW this coming Monday and hijack the show until he has a clear path to WrestleMania and he has a match on the show, so it is possible that we may see Cody Rhodes appear this coming Monday night on RAW.

You can check out Chris Jericho’s comments at this link. H/T to WrestlingNews.co for transcribing the above quotes.