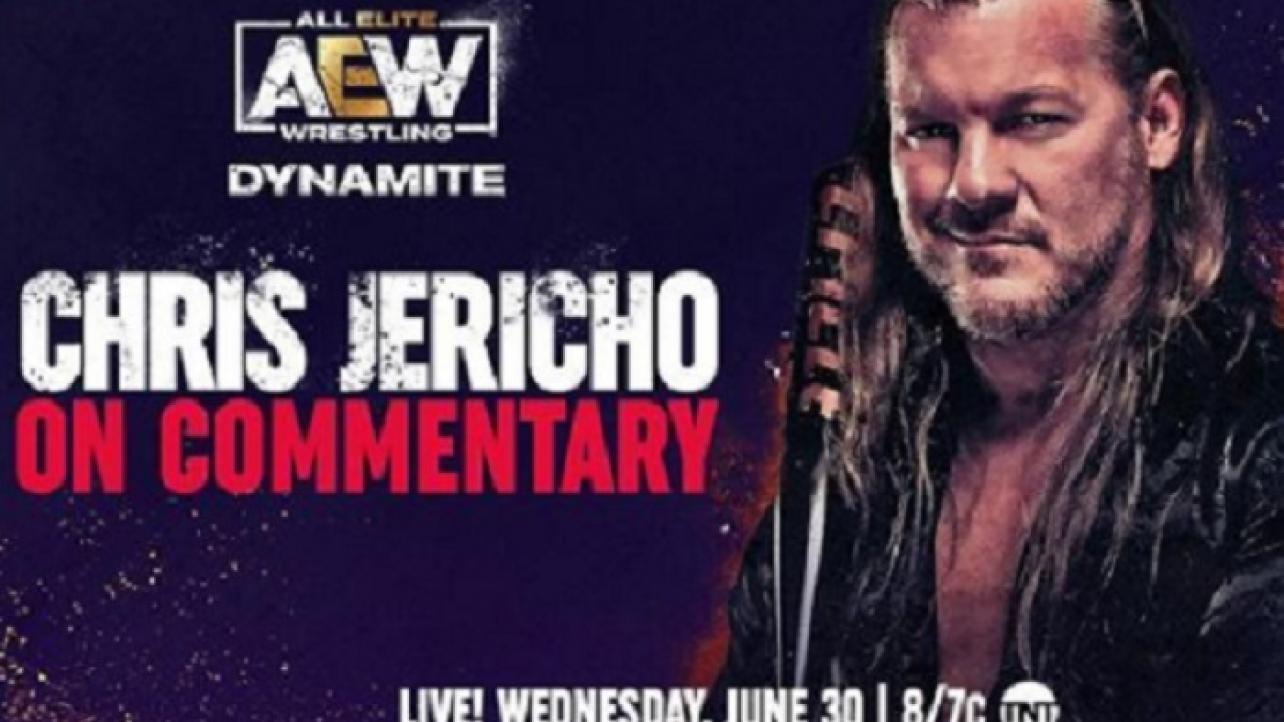 “Le Champion” is going to help AEW fans readjust to their normal night of Wednesday this week.

Ahead of the company’s return to Wednesday night’s with this week’s edition of AEW Dynamite from Daily’s Place amphitheater in Jacksonville, Florida, All Elite Wrestling has announced that Chris Jericho will be returning to the commentary table.

The leader of the Inner Circle released the following statement via his official Instagram page shortly after the announcement was made:

“I’m returning to the commentary desk this Wednesday for the entire duration of #AEWDynamite!! And I’m very Excited to have a front row seat for @sammyguevara vs @the_mjf!! Im expecting this to be one of the most heated…and best…matches in @allelitewrestling history!!”

Make sure to join us here at eWrestling.com this Wednesday night for live AEW Dynamite results coverage from Jacksonville, FL.