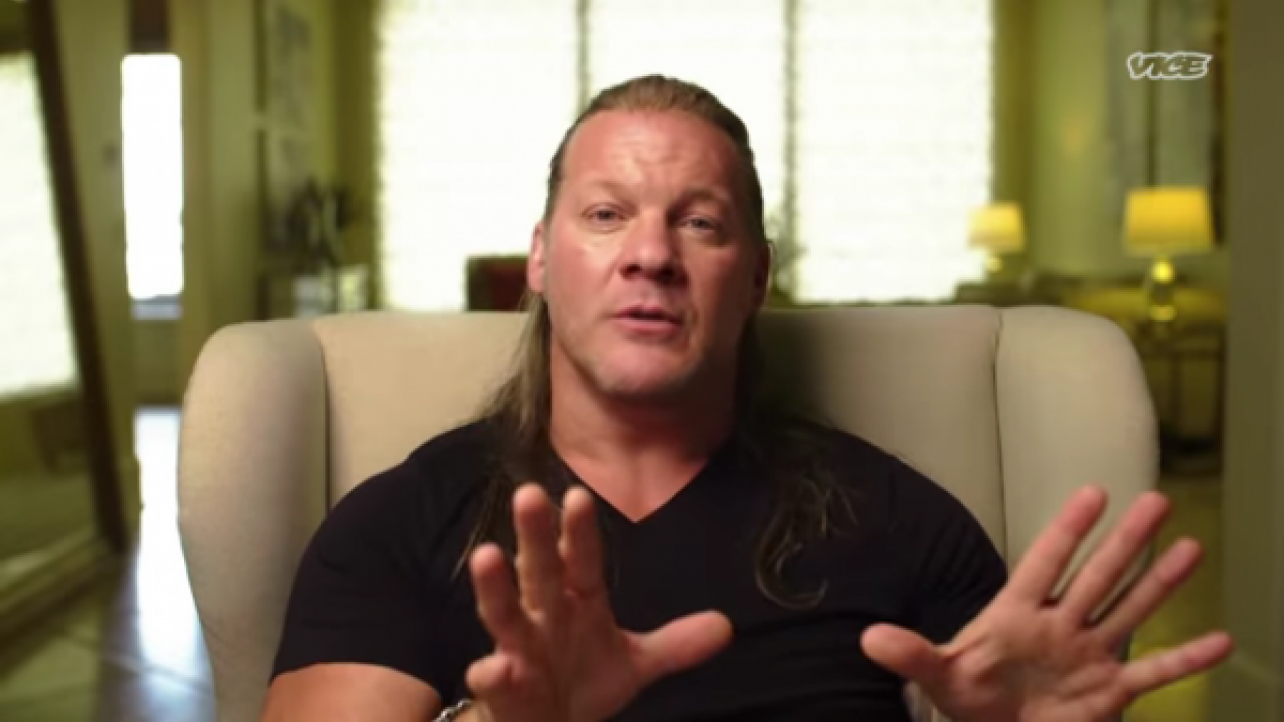 Chris Jericho Hypes Up Wednesday’s Blood and Guts, Talks Dark Side Of The Ring

AEW superstar and former World Champion Chris Jericho recently spoke with TV Insider to hype up this week’s special edition of Dynamite, where the Demo God leads the Inner Circle against the Pinnacle in the promotion’s first ever Blood and Guts matchup. Highlights from the interview are below.

Having Blood and Guts in front of a limited capacity crowd:

“It’s not like we’re waiting for arenas to open to do this match because sometimes things happen where a crescendo is reached with the story you’re telling. We probably could have waited longer, but when do you do it? With the storyline that we had coming out of the gate being so strong with this literal blood feud that has been brewing since September of last year, it really is the right time. We’ve already sold more tickets for this than any post-pandemic show.”

On doing the match on Dynamite instead of a PPV:

“You’re seeing angles and stories leading into pay-per-views rather than having to shoehorn them in for a match. In this day and age, there is so much tied into the TV rating. I think it’s important to do these destination shows on TV leading into pay-per-view, which makes them all the more important. I’m excited about it. A lot of people may ask why we’re doing Blood & Guts already in this story as it normally would be used as a blowoff. We don’t do things by the norm. There is plenty more to go between the two factions.”

On working with MJF:

“MJF is very good for the amount of time he has been in the business. He is only going to get better. I say to him on TV and to his face in general that he is not as good as he thinks he is yet. He doesn’t have the experiences that really cause you to think differently. He is a quick learner and has a lot of ideas and really knows who his character is, which is so important, But the more matches he can get in like the first-ever Blood & Guts, the more he is going to be capable of carrying this company to the highest levels over the coming years.”

On appearing on Broken Skull Sessions for WWE:

“It was lightning in a bottle sort of thing with [respective company heads] Vince McMahon and Tony Khan giving their approval. I think it was also well-timed. The Peacock relationship with WWE was just starting. They wanted something huge out of the gate. It was perfect for us considering AEW had its first unopposed show [without NXT]. Once that big Dynamite rating came in though, I think Vince may have had a little bit of second-guessing. Would they do it again? Maybe. I don’t know if you can find anyone with respect and goodwill on both sides that would allow that. If they don’t do it again, it was one of the coolest moments in wrestling history.”

On being a big fan of Samoa Joe:

“Our roster is so expansive. We do have Dark and Elevation, which are popular shows on YouTube. We have another show about to start on TNT. That’s in the pipeline, but you can’t keep bringing in talent after talent when we are still building the homegrown guys and girls. If it’s the right place for someone to bring in, we’ll do it. I’m a huge fan of Samoa Joe. You can always use a guy like him on your roster. A lot of guys might have to take the international route or the independent level until they can be at the level to come to AEW. There are a lot of talented people out there and obviously, AEW is where they want to come to.”

On his long term plans in AEW:

“One of the reasons I wanted to come to AEW was the challenge of building this organization from scratch. Three months into our television existence we signed a huge extension because of what we had accomplished, which was kind of on my back for the first few months. Now it has been spread to so many other people. All the pressure and spotlight isn’t only on Chris Jericho, which is great. That was always my goal. I’m AEW all-in, all the way at this point. I can’t see myself going anywhere else.”

On returning as a narrator in Dark Side of the Ring:

“You have a few tragic stories this season like Brian Pillman and Dynamite Kid, who is one of the sadder stories in wrestling. There are also cool ones like the story of when WCW went to wrestle in North Korea in front of 175,000 people. Dealing with communism and being a fish out of water. There is a great story about FMW, the hardcore wrestling company in Japan. There is a story of the steroid trial in WWE during the 1990s. It runs the gamut of tragedies and death but also stories outside the norm.”

Chris Jericho Hypes Up Wednesday’s Blood and Guts, Talks Dark Side Of The Ring