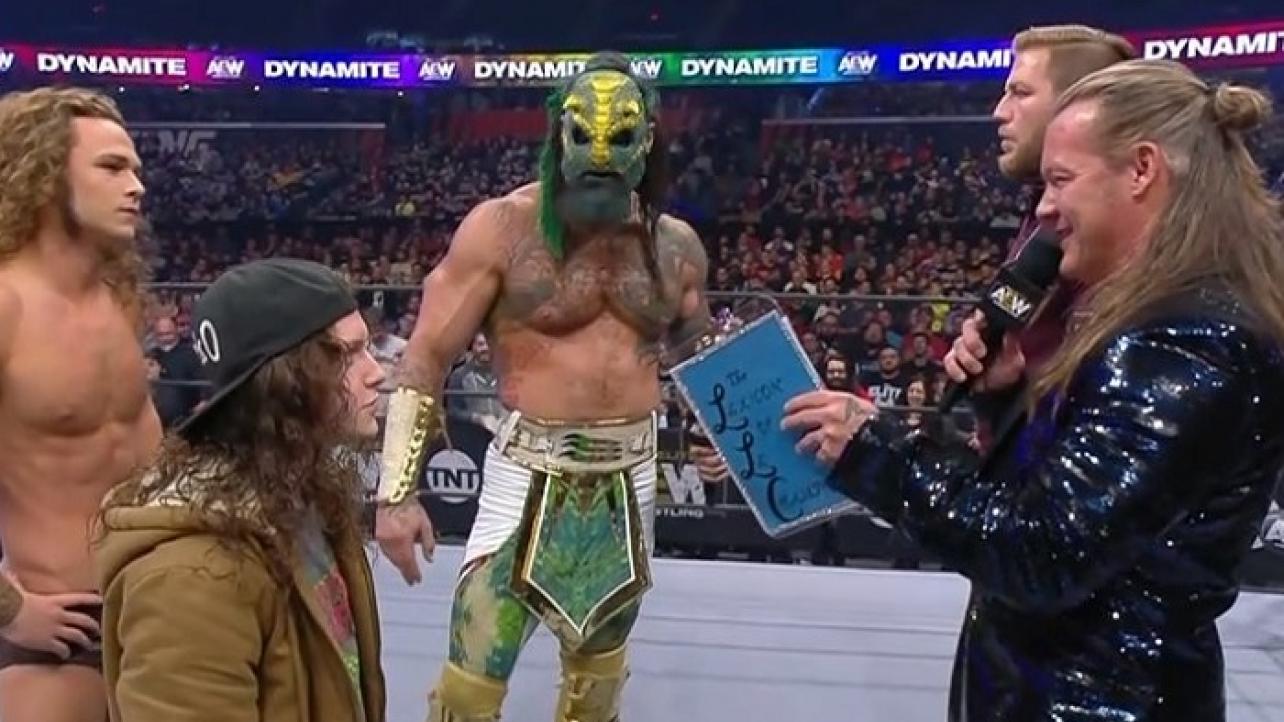 Chris Jericho recently took some time out from his busy schedule as “Le Champion” of All Elite Wrestling to point out to his fans that his upcoming match against Jungle Boy on the December 18th episode of AEW Dynamite — his final AEW match of 2019 — will not be for his AEW World’s Heavyweight Championship, but will instead be a non-title affair.

“Le Champion” also took a dig at longtime pro wrestling announcer and member of the AEW broadcast team Tony Schiavone in the process.

Jericho concluded, “He doesn’t have a chance.”

Check out Chris Jericho’s statement regarding the 12/18 match on AEW Dynamite against Jungle Boy below.

Just to clarify, per my @aewrestling contract, page 7 codicil 3, I’m required to wrestle 10 times in 2019. I’ve had 9 matches so far, so on #AEWDynamite, Dec 18 in Corpus Christi, I’m giving @boy_myth_legend the opportunity to go 10 min w #LeChampion. He doesn’t have a chance..

Jericho would later respond to a fan online who claimed that commentator Tony Schiavone stated on AEW Dark that his AEW World’s Heavyweight Championship title would be on the line in the aforementioned Jungle Boy match on 12/18.

It’s a NON TITLE match. @tonyschiavone24 is a dummy. https://t.co/Qw6dcJUpp4

Make sure to join us here at eWrestling.com on 12/18 for LIVE AEW Dynamite Results coverage from Corpus Christi, Texas!