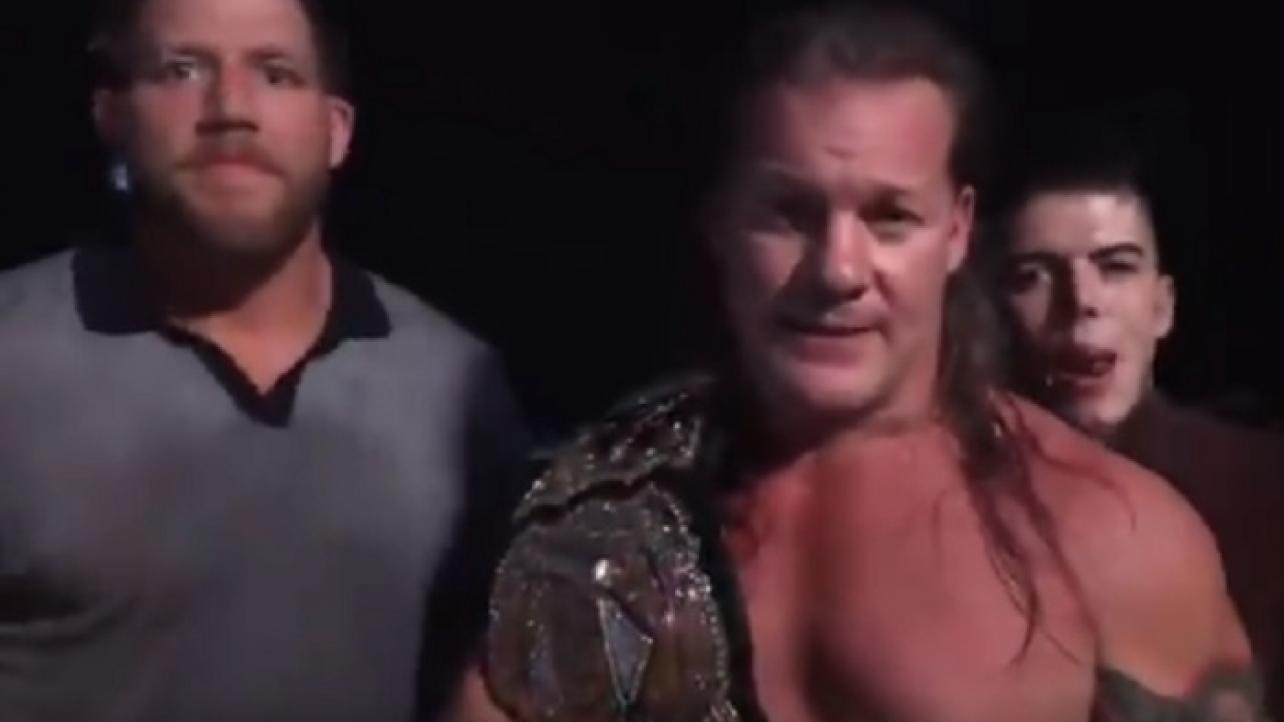 The first-ever episode of AEW Dynamite at the Capital One Arena in Washington, D.C. on Wednesday, October 2nd drew an officially reported attendance of 14,129 fans.

Following the conclusion of the inaugural broadcast of AEW Dynamite, the action would continue with a post-show segment filmed immediately after the shocking end of the show that included the debut of former WWE Superstar, current Bellator MMA Heavyweight contender Jake Hager.

The segment features AEW World Champion Chris Jericho accompanied by the former Jack Swagger, Sammy Guevara, Santana and Ortiz, as the gang goes through the curtain to the backstage area.

The wrestlers approach the camera and talk about how they assume fans want a comment about what transpired moments prior. Jericho says “here’s my comment,” which was followed by an aggressive Hager shoving the camera down to the ground.

Check out video of the complete post-AEW Dynamite segment below.