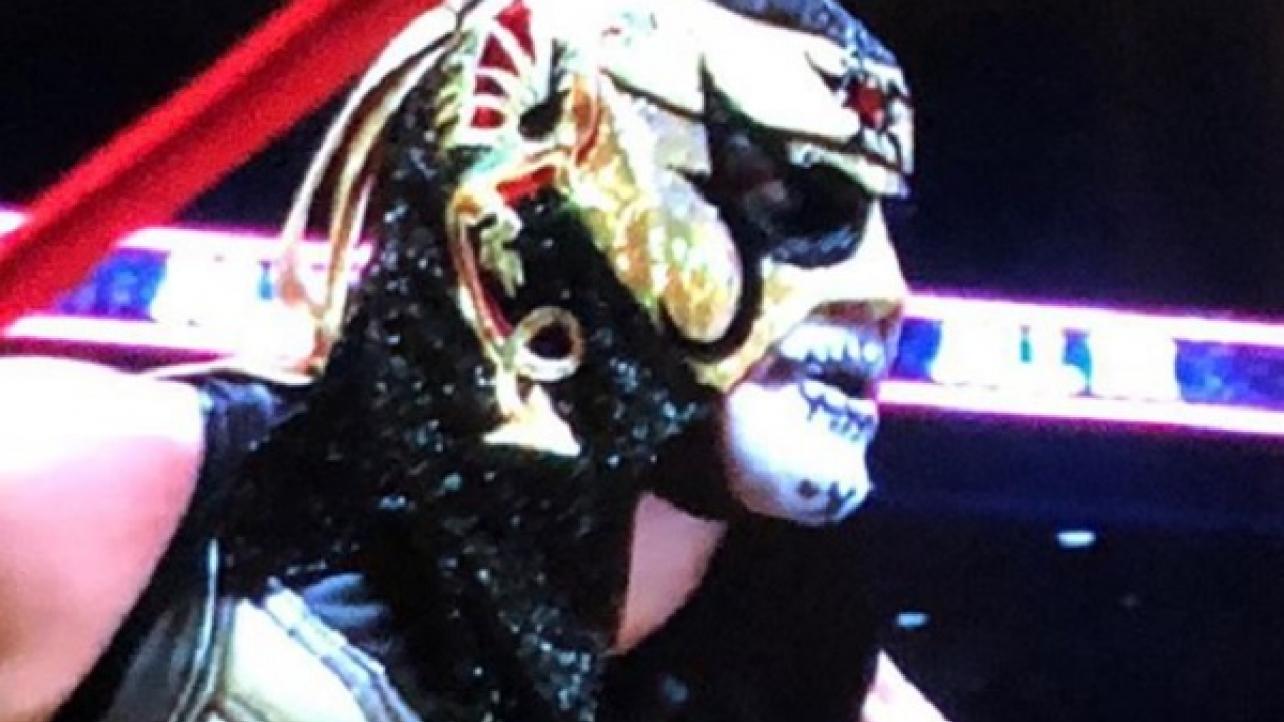 Chris Jericho Originally Turned Down ALL IN Offer, Reveals How He Ended Up Accepting

On the latest episode of his Talk Is Jericho podcast, Chris Jericho told the full story behind his surprise appearance at the ALL IN event last weekend. Featured below are some of the highlights.

During the show, Jericho opened up about how his appearance at ALL IN came about, basically saying at initially he wasn’t interested but gradually over time, he warmed up to competing and then finally decided to make it happen.

He also revealed that the original proposal to him was that he was to going to be under the Burnard the Business Bear costume and attack Kota Ibushi but that didn’t interest him. After working through some ideas with Cody, they settled on attacking Omega and the idea to dress up as Pentagon came from Nick Jackson. The angle also led to the Omega match being moved up on the card in order for Jericho to make it to his Fozzy concert later that night. In another interesting revelation, Pentagon had an extra costume but it was silver instead of gold so the team had to quickly find a Home Depot and get gold spray paint at the last minute.

On when he was approached for ALL IN: “Month’s ago when All In was announced, Cody called me and said, ‘Do you want to be involved?’ And I said, ‘No, I’m not really wanting to work any shows in the states that aren’t WWE shows. For various reasons. I just didn’t feel it was where I was at career-wise. So I told him I appreciated the offer, but I’m not gonna do it. I also got asked to do Long Beach and those New Japan and all that other stuff as well, so that was kind of the thing. But over the course of the last few months, my mindset’s kind of changed a bit to where I’m enjoying being a part of this kind-of new revolution of wrestling that’s going on… So I just thought, well, you know, I’ll consider it, but the idea has to be right.”

On initially rejecting Cody Rhodes’ offer for ALL IN: “Over the course of the last few months, my mindset has changed a bit to where I’m enjoying being part of this new revolution of wrestling. I thought I would consider it, but the idea has to be right. So Cody called me again and originally asked me if I wanted to be Burnard the Bear. I guess sometimes people will take off the bear mask and… so the idea was maybe do something in the main event where The Bucks come down with Burnard the Bear or something and then I attack Kota Ibushi, obviously Kenny’s partner in The Golden Lovers. I was like, ‘Why don’t I attack Kenny?’ It was like, well, it’s not really an angle match and whatever – we just couldn’t figure it out, it’s like, ‘Nah, I’m not really interested in it.”

On finally accepting the offer “And then Cody called me again and I was like, started thinking, ‘I wonder if I could make this work?’ And we started kicking around some ideas and the idea was, ‘Well what if I can come in earlier in the show and attack Kenny?’ Cause that’s the idea of kind of keeping this angle alive from the Tokyo Dome to the cruise and maybe elsewhere. And I just thought, ‘What a great way of kind-of last minute promotion for the cruise?”

Check out the complete episode of Talk Is Jericho featuring Chris Jericho’s recap of ALL IN at Omny.fm.

Chris Jericho Originally Turned Down ALL IN Offer, Reveals How He Ended Up Accepting