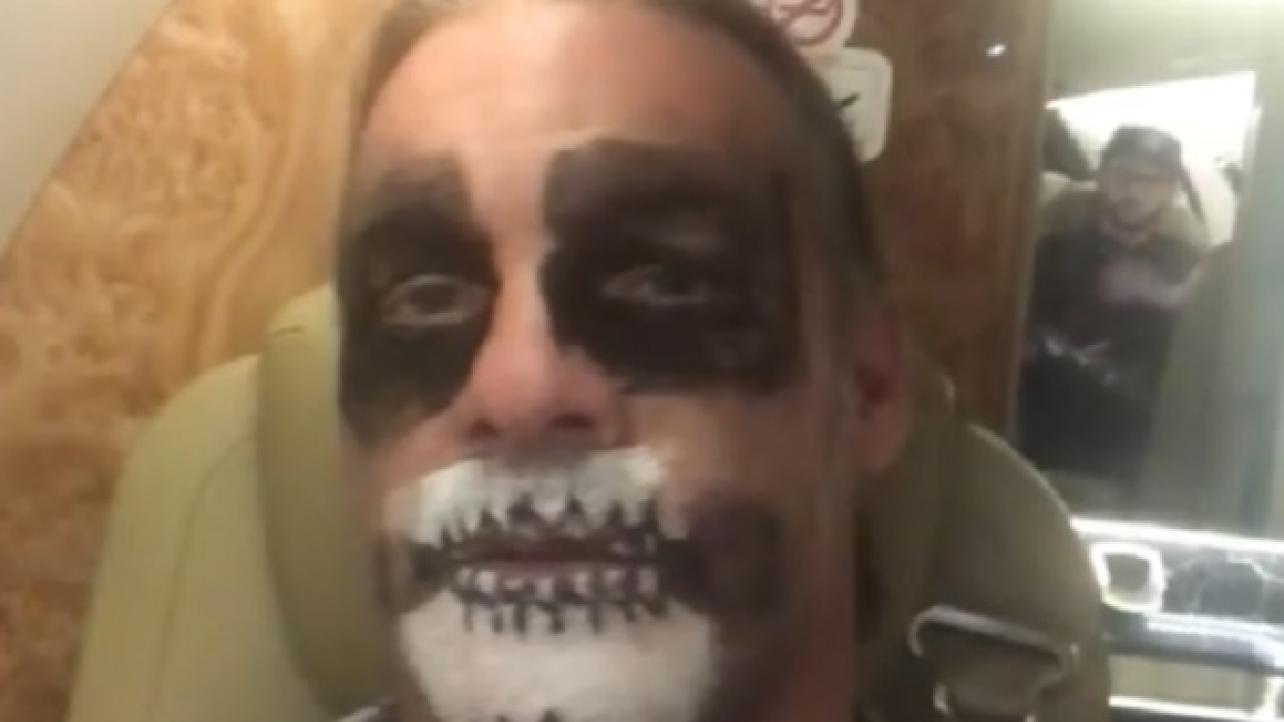 As noted, Chris Jericho made a surprise appearance at the ALL IN event at the Sears Centre Arena in Hoffman Estates, Illinois on Saturday night. What made this even more interesting than it already was is the fact that the longtime pro wrestling veteran also performed at a Fozzy concert in Little Rock, Arkansas on Saturday evening as well.

Jericho turned up during the Kenny Omega vs. Pentagon match to attack his rival from New Japan Pro Wrestling (NJPW) while coming out in a mask, with his face painted.

For those who missed it, check out videos and photos of Jericho’s appearance during the show, as well as his unusual mask/face-paint, by clicking here.

Following the event, Jericho took to social media to explain how he was able to appear at the ALL IN show in Illinois on the same night he performed at a Fozzy concert in Arkansas. According to Jericho, he left Little Rock and arrived in Chicago at 5:30 loal time and hid in The Young Bucks office at the Sears Centre Arena until it was time for his appearance.

To make things even more impressive, soon after the show wrapped up last night, Jericho hopped on yet another flight from Chicago to Merriam, Kansas to perform at another scheduled Fozzy concert this weekend.

Check out the video of Chris Jericho addressing his surprise ALL IN appearance last night below. For complete ALL IN results from Saturday night, click here.