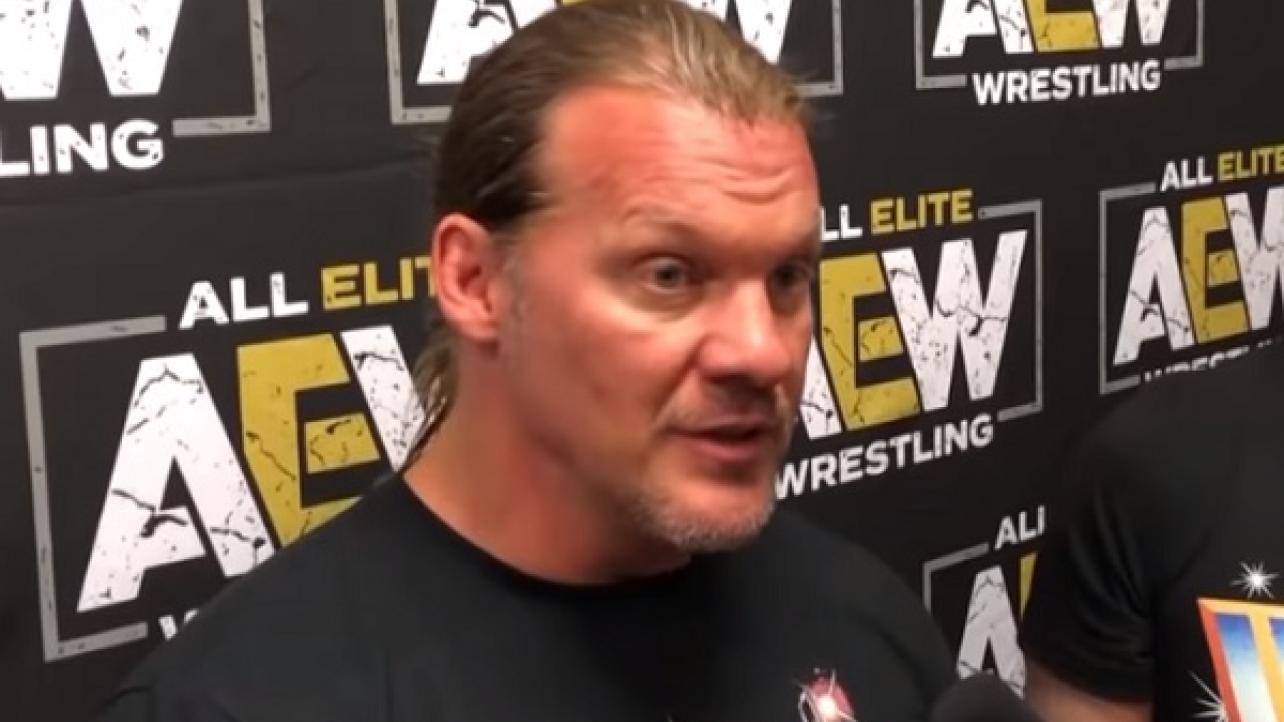 Following Saturday night’s AEW Double Or Nothing pay-per-view, Chris Jericho spoke with members of the media in attendance at the event for a post-UFC style media scrum.

During the scrum, Jericho spoke about Saturday night’s inaugural PPV for the new All Elite Wrestling promotion.

“After four months of anticipation, I think everybody got what they expected,” said Jericho when asked about his thoughts on the show as a whole.

Also during the scrum, a reporter asked Jericho about busting open Kenny Omega in their “ALPHA vs. OMEGA 2” main event on the show. When asked which spot resulted in Omega’s nose getting busted open, Jericho replied, “It’s not a spot, I punched him in the face.” Jericho added, “What more do you want dude?”

Then, Jericho reached down to a nine-year old boy who was serving as one of the reporters during the scrum.

“Cover your ears,” he told the kid as he reached down to use his hands as ear-muffs. “You punch someone in the f*cking nose, that’s what happens!”

“I think that sometimes people forget that this is a contact sport,” said Jericho. “I think it adds the intensity when you have some blood … as long as it’s not mine.”

Additionally, Jericho was asked about his schedule with AEW and how often he thinks he’s going to be working for the promotion.

Jericho continued, revealing that he will be working the upcoming AEW event in Jacksonville, Florida.

“I’m excited,” he said. “I think the next show I’m doing is the show in Jacksonville.”

Check out the complete Chris Jericho media scrum from Saturday night below. For those who missed Saturday night’s show, check out our detailed PPV report here: AEW Double Or Nothing Results (5/25/2019): Las Vegas, NV.