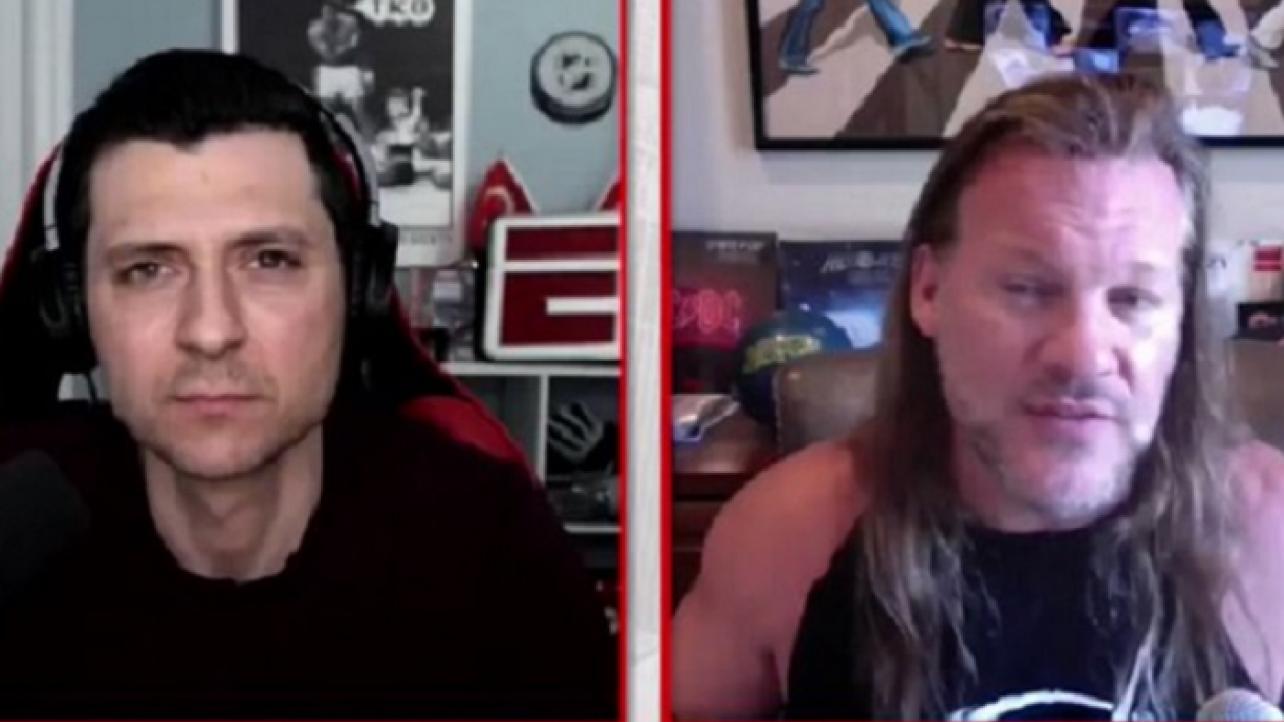 Did you know the Inner Circle and The Pinnacle “Parlay” segment on this past Wednesday night’s edition of AEW Dynamite on TNT was inspired by The Pirates of the Caribbean movie?

Chris Jericho himself confirmed this fact during a recent one-on-one sit-down interview with Arda Ocal of SportsNation.

“Le Champion” told Ocal that he came up with the idea while watching the popular film and explained how he adapted the concept to fit the ongoing storyline between the Inner Circle and The Pinnacle, which culminates in their highly-anticipated WarGames-style steel cage showdown at the AEW Dynamite: Blood & Guts special next Wednesday evening.

Featured below is an excerpt from the interview where he touches on this particular topic at length.

“We’ve never heard that word in wrestling before. I got it from Pirates of the Caribbean. I had to Google it. What is it called? I was like the real Captain Jack Sparrow. ‘Parsley, parsnip, parley! It’s a parley!’ What is a parley? It’s where you get the head of the two armies that meet before the battle to discuss the terms. You see it in Game of Thrones quite often. The two horses ride up, they talk, they ride back to their armies, and thousands of people go and kill each other.

“So I thought ‘can we actually do a promo segment that actually has no physicality and no run-ins? Sure we can. Even Max at first was like, ‘Well, should I punch this guy? Punch this guy?’ No physicality. It’s just right down to business. As Pat Patterson used to say, we know that we have the match next week. The match is made. There’s no reason to fight until then. You just tell each other how much you’re going to fight each other, how much you hate each other, and what you’re going to do to each other, which builds up the anticipation and the desire to see this match. And I think we’ve done a great job at doing that.”

Check out the complete interview below. H/T to 411 Mania for transcribing the above quotes.

Next week on @SportsNation: a 1-on-1 with @IAmJericho. We’ve done maybe 50 interviews but this is our first since he joined AEW. Wrestling and Hockey fans will love this… ( )

Teaser: the idea behind the “Parlay” segment on @AEWonTNT, leading to Blood & Guts on May 5 pic.twitter.com/sr3iSf1E71