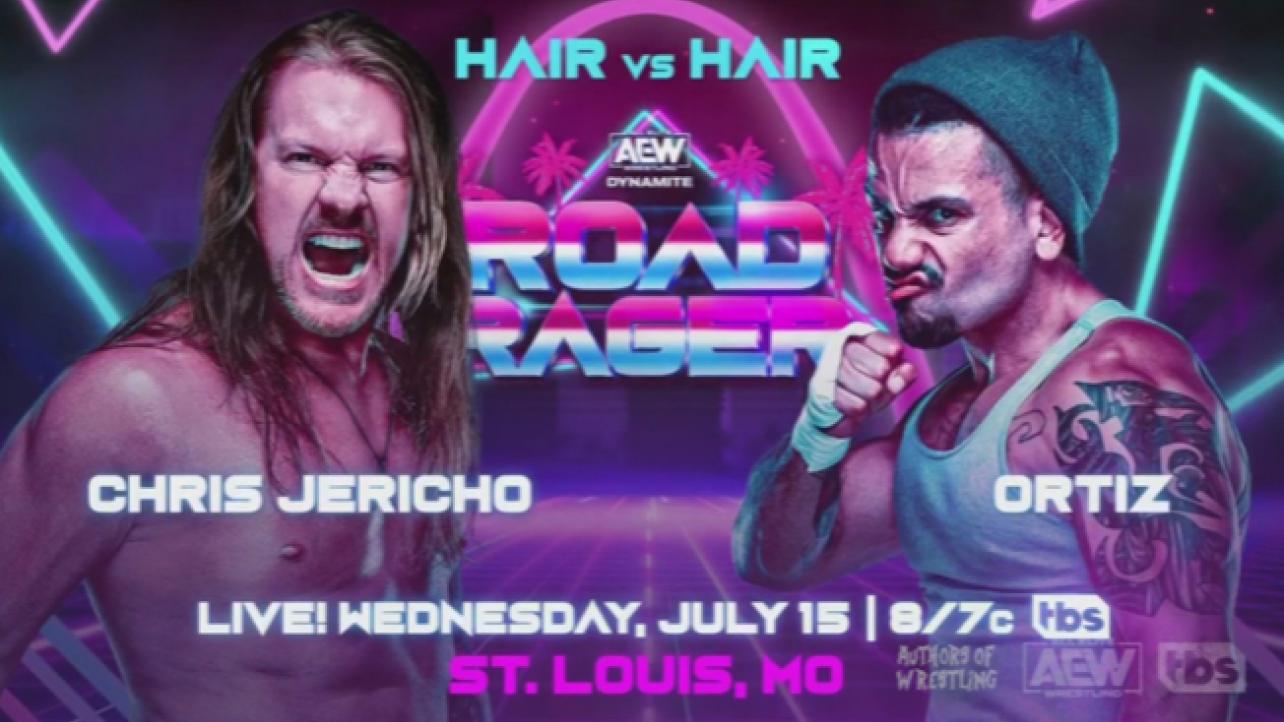 Eddie Kingston would then have enough of The Jericho Appreciation Society and their behavior and that would prompt him into making his way out with William Regal. Kingston would then challenge the JAS to a Blood And Guts Match, which has been confirmed to take place on the June 29 episode of AEW Dynamite from Detroit. Kingston would then run down to the ring, but he would get annihilated by the JAS until Ortiz made the save, attacked Jericho and cut his hair with a pair of scissors.

“The Wizard” Chris Jericho was fuming with anger that he challenged Ortiz to a Hair vs. Hair Matchup, which Ortiz accepted. The match has since been confirmed by AEW and it was revealed that it will take place at the July 15th Road Rager episode of AEW Dynamite from St. Louis.

It’s going to be Hair versus Hair between @IAmJericho and @ortiz_powerful before they can get to #BloodAndGuts! Watch #AEWDynamite LIVE on @TBSNetwork right now! pic.twitter.com/73fHcxVk0t