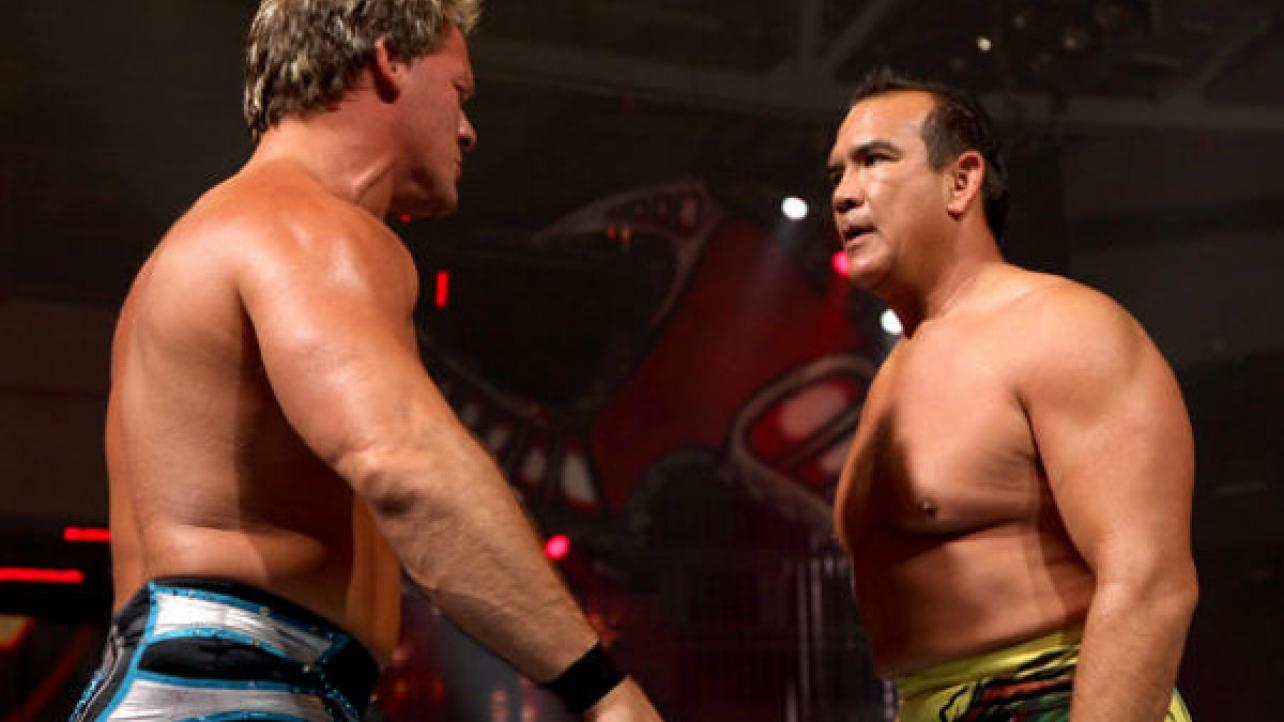 Chris Jericho was the most recent guest on The Broken Skull Session’s, where he discussed a number of topics with Stone Cold Steve Austin. During his discussion with “The Texas Rattlesnake”, Jericho offered up high praise for one of his former opponents. “The Demo-God” spoke highly about WWE legend Ricky “The Dragon” Steamboat, and told Stone Cold:

“He (Steamboat) was better than 70% of the roster after not working for 15 years, that night. Then, Vince (McMahon) liked his work so much he put him in the ring for six months as a player-coach and he got better than 85%-90% of the guys. I got a chance to work with him quite a few times, and you mentioned house shows, to really get the idea of who Ricky Steamboat was a wrestler. And I agree with you a 1000%, even at that later stage, he was still excellent, excellent, excellent”.

Jericho met up with Steamboat at Wrestlemania 25, when Y2J defeated the trio of Steamboat, Jimmy Snuka, and Roddy Piper, in a Handicapped Elimination match.

Do you agree with “Le Champion”? Sound off in the comments section!