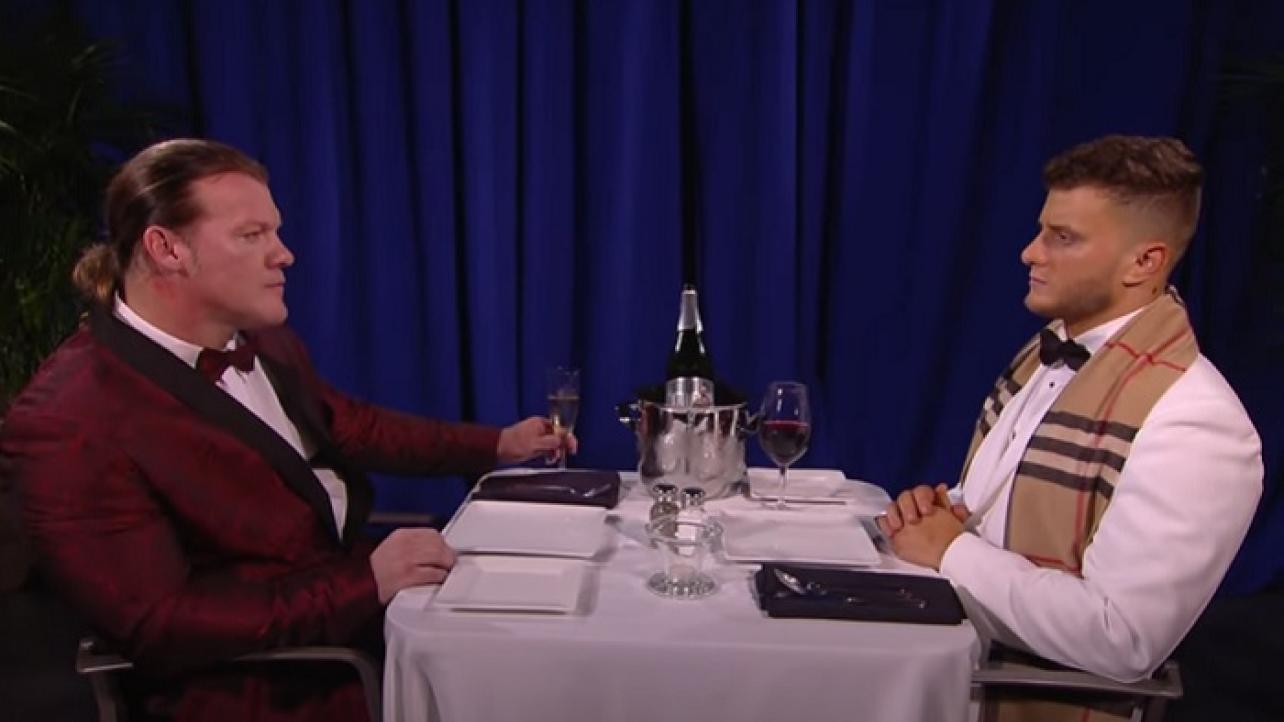 AEW superstar and former world champion Chris Jericho was the latest guest on Sitting Ringside with David Penzer where the Demo God gave in-depth detail on the popular Le Dinner Debonair segment he filmed with MJF several weeks ago. Hear what he had to say below.

How MJF came up with the song and dance part of the segment:

It was MJF’s idea to do a song and dance. Once I got my head around it, I put my thoughts into it. He had just seen ‘Rocketman’ and wanted to do ‘Honky Cat’ and make it a fantasy sequence. I thought ‘Honky Cat’ isn’t the right song for this and thought of ‘Me and My Shadow.’ I inquired with the AEW legal team about the rights and pitched it to Tony Khan. I pitched it as a fantasy as well and he was like, ‘No, we don’t do fantasy. We’ll do it for real.’ Kudos to Tony Khan for allowing us to do it because it is outside the box, but’s he’s outside the box too. He knows it’s going to be good if we’re involved. I called the Jaguars cheerleading coach and we started getting them involved and we got the rights to the music. MJF came to my house to rehearse. We sang and danced it for real. It was very gorilla filmmaking. We didn’t go to a studio to record, we did it right there, we did the dancing, and edited it in. The crazy thing was, about an hour before it was supposed to air, the people that own the song didn’t like the version we used. So, we had to scramble to find another version of the same song. We aired at 9:21 and we submitted it, got it downloaded into the truck, at 9:02. It was so close to where Tony was like, ‘You guys have to go to the ring and do it.’ ‘We don’t know what to do, it’s going to suck.’ It’s just what happens when you’re doing live TV.

How long it took to edit:

We got there around 5 and then we had to record the song and do the intro, the outro, then work on the dance. It wasn’t one long, live dance routine. We’re doing different takes and stuff. We finished around midnight and then it took another seven or eight hours to edit it.