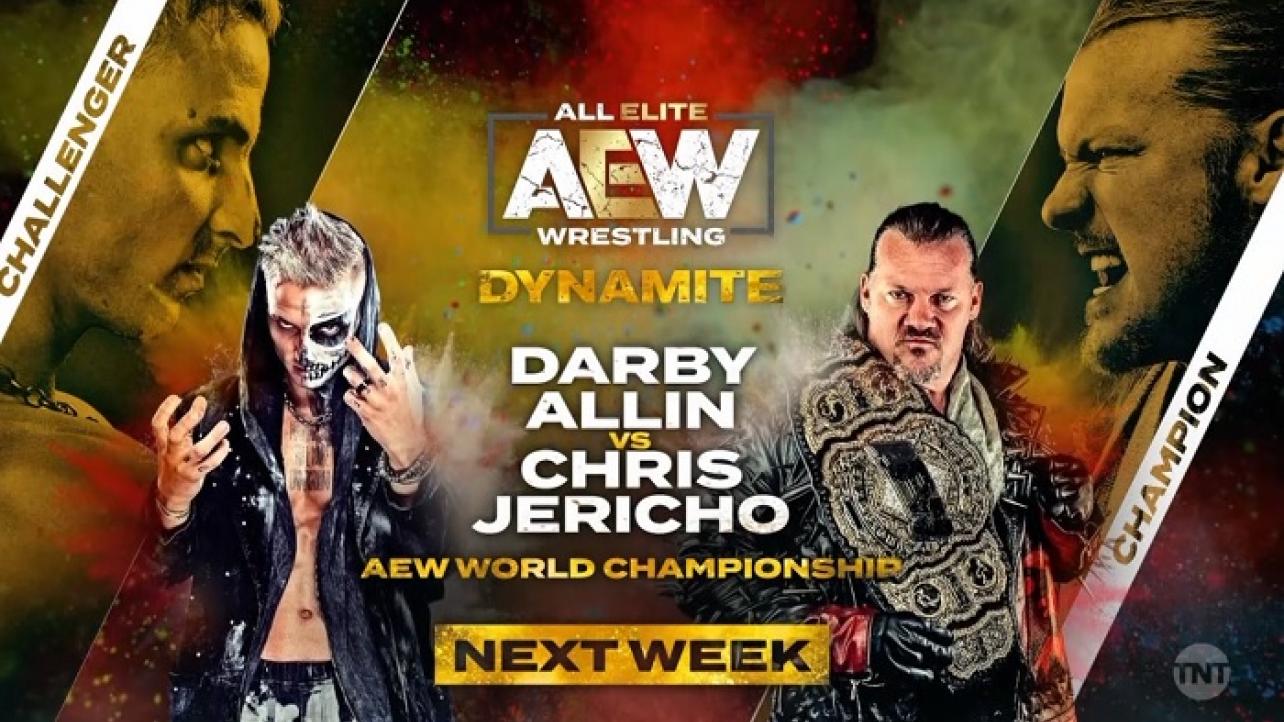 Chris Jericho vs. Darby Allin For AEW World Title Set For Next Week’s Dynamite On TNT (10/16)

The sophomore episode of AEW Dynamite on TNT featured the crowning of a new number one contender to the AEW World Championship, setting up a big title match for next week’s show in Philadelphia, Pennsylvania.

After defeating Jimmy Havoc in a Number 1 Contender’s Match on the second edition of AEW Dynamite from Agganis Arena in Boston, Massachusetts on Wednesday evening, Darby Allin became the new number one contender to the AEW World Title.

With the victory, it was announced that the Chris Jericho vs. Darby Allin match for the AEW World Championship will be taking place on next week’s edition of AEW Dynamite from Philadelphia, PA.

Make sure to join us here at eWrestling.com on 10/16 for LIVE AEW Dynamite Results coverage!

Chris Jericho vs. Darby Allin For AEW World Title Set For Next Week’s Dynamite On TNT (10/16)