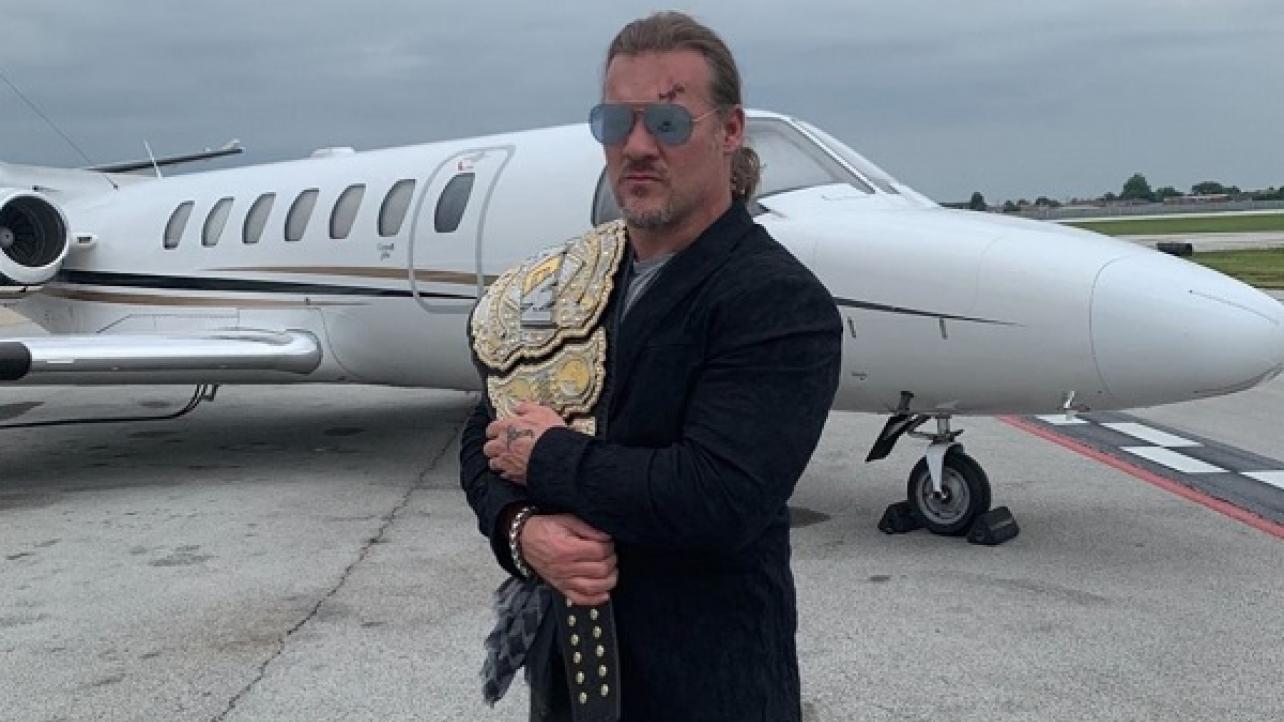 Well, Chris Jericho might have bragged a bit too much for one person’s sake after winning the inaugural AEW World Heavyweight Championship by defeating Adam “Hangman” Page in the main event of the AEW All Out 2019 pay-per-view over the weekend.

Because apparently someone has stolen the AEW World Heavyweight Championship belt from “The Ayatollah of Rock ‘N’ Rolla.”

Here is the full breakdown with three full articles combined into one to give you the entire story from the start to where things stand currently.

Chris Jericho recently became the first ever AEW world champion but it appears he’s already lost his belt, or rather it’s been stolen.

According to a police report filed with the Tallahassee Police Department, Jericho took a limousine from the airport to a restaurant but soon discovered that he took the wrong luggage and so sent the driver back to the airport.

While Jericho was presumably in the restaurant, the title belt stayed in the limo but when the driver returned to pick Jericho up, the belt was gone.

From the official Police Report:

“The victim reported the theft of his championship wrestling belt while he was eating inside Longhorn Steakhouse. The victim stated he arrived at the Millionaire Club Airport Terminal and place the belt inside his rented limousine. The limo driver shuttled the victim to Longhorn for dinner. The victim remained at Longhorn while the limo driver returned to the airport. The victim had taken the wrong luggage from the airport and the driver took it back to the terminal. When the driver picked up the victim from the restaurant, the belt was missing. Responding officers searched the limo and airport for the belt without success. On-call CID was consulted, and forensics responded to the scene.”

All Elite Wrestling champion Chris Jericho has released a video promo addressing today’s bizarre story of his world title belt being stolen from his limousine while eating at a Longhorn Steakhouse. Jericho promises to launch a world-wide investigation using top private investigators to bring this criminal to justice.

“I’m AEW champion Chris Jericho, and unfortunately less than 24 hours after I became the first AEW champion, with blood streaming down my face, after one of the hardest matches I’ve ever had in my life, some low-life scumbag committed grand larceny and robbed me of the AEW championship. Now as I sit here in my beautiful mansion…I’m just imagining what I would do to that son of a b**ch if he was here right now. As a result…I’m launching a world-wide investigation using the top private investigators in the world today to find out who committed this crime. And trust me…as the AEW champion…as your Le Champion…I promise to regain and restore and find and reclaim the AEW championship, and once again give you another reason to finally give me the thank you that I deserve. You’re welcome.”

As we reported earlier tonight, Chris Jericho’s newly won AEW championship belt was presumably stolen from a limousine he took from the airport to a Longhorn Steakhouse restaurant.

Jericho sent his driver back to the airport to return some luggage that he ended up with in error and left the belt in the vehicle but when the car and driver returned, the belt was gone.

A police report was filed and an investigation was opened, however, a lot of people immediately began suspecting this to be some sort of work related to a future storyline.

Searching the Tallahassee Online Police Statistics site does indeed show a report filed at 19:13 on 01 September at the restaurant under the crime Grand Theft so this would seem to confirm that the theft is indeed legitimate as it would be extremely unlikely for Jericho and/or AEW to lodge a false police report.

AEW officials have only stated that “authorities are working on (the case)” and the police department will likely not be releasing any more information on the case until their investigation is complete.

Meanwhile, for those wondering, AEW does have another world title belt that they will be able to use for their TV debut in less than a month, though it is expected that a replacement for the stolen championship will take several weeks to be delivered.

The madness of the stolen AEW World Title Belt has also prompted Chris Jericho to start a new social media movement that has now starting to “sweep the nation!”

Read the latest, including photos of the police with the recovered stolen AEW World Title Belt and Chris Jericho spreading his new social media hash-tag campaign by clicking here.