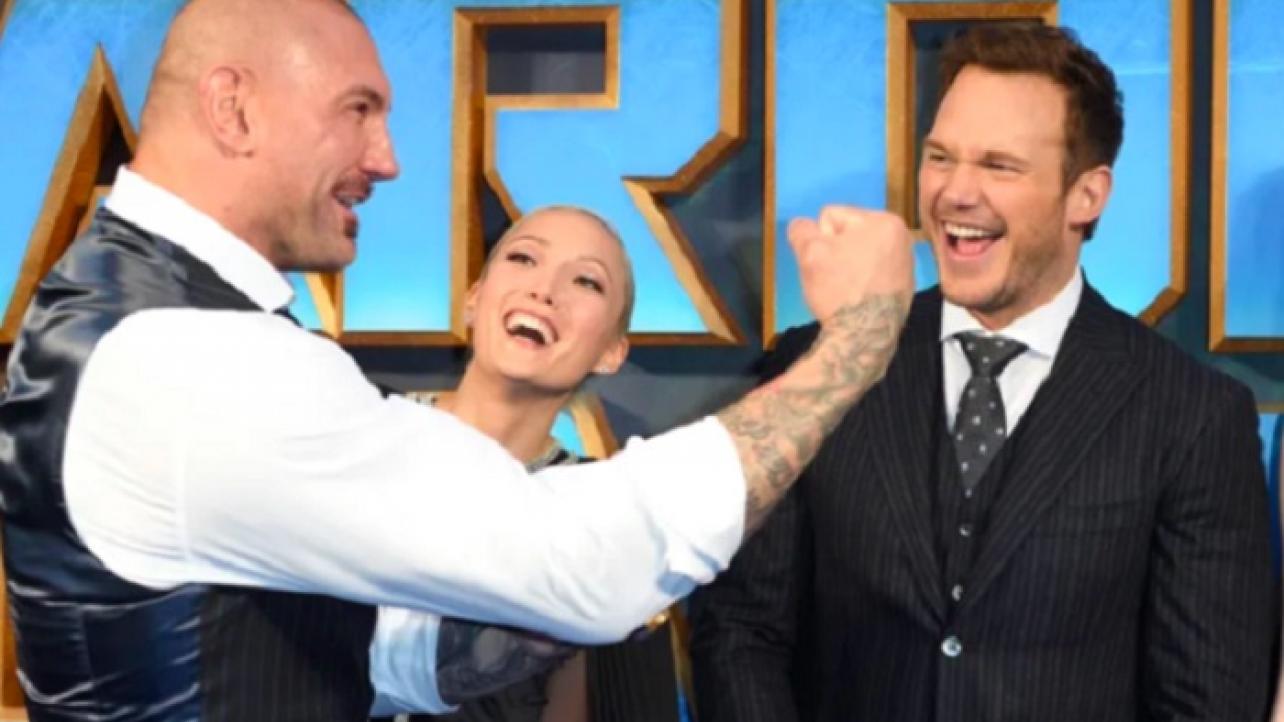 If you ask Chris Pratt, former WWE Superstar Dave Bautista is the “toughest dude in all of Hollywood.”

The actor and co-star along with “The Animal” in the “Guardians of the Galaxy” film recently appeared as a guest on “The Late Late Show with James Corden” for an interview, during which he recalled once challenging Batista to wrestle while blacked out on Ambien, noting he would have likely been killed, admitting the pro wrestling star is the toughest guy in the movies in his opinion.

Featured below is an excerpt from the interview where the actor talks about this particular topic.

Check out the complete interview at CBS.com. For highlights of Pratt’s appearance on the late night talk program, check out some clips below.

(H/T to Yahoo! Sports for transcribing the above quotes.)