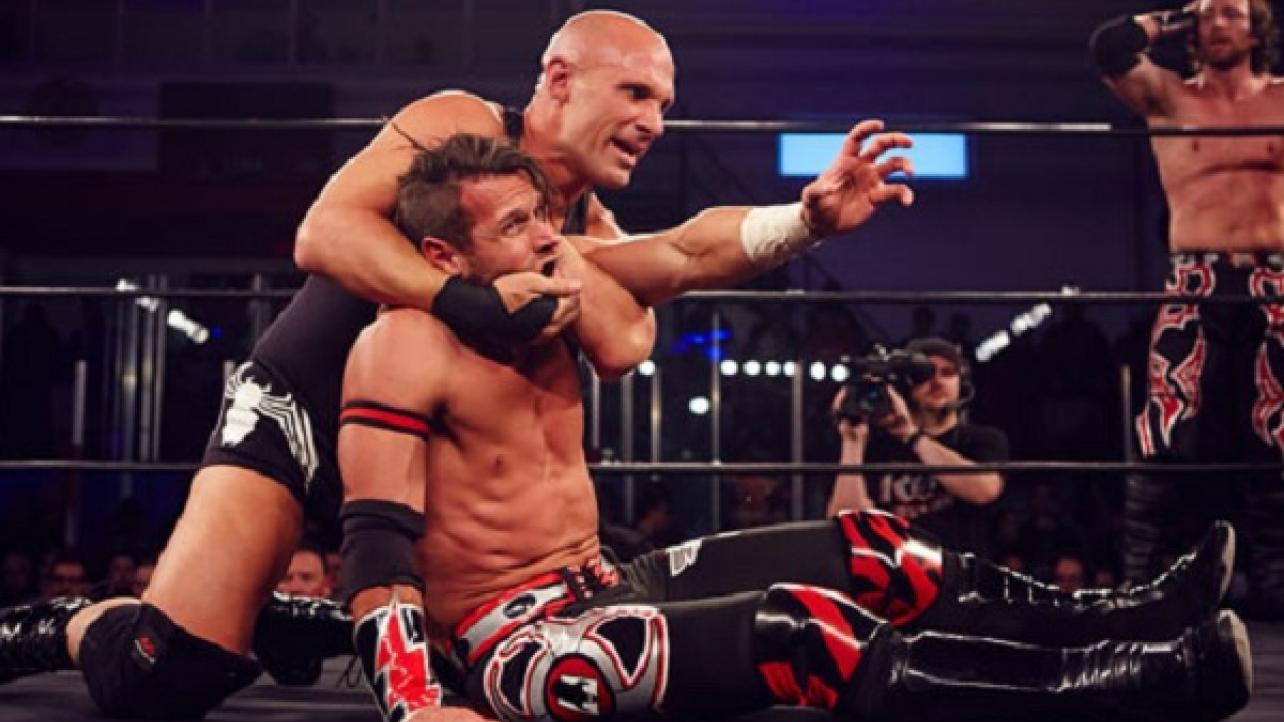 Christopher Daniels On Whether Or Not ROH Is An Indy Promotion, Kazarian & More

Longtime pro wrestling veteran Christopher Daniels recently spoke with the folks from NBC Sports Radio – Pro Wrestling 24/7 about Ring Of Honor (ROH), the current independent wrestling scene and his longtime tag-team with Frankie Kazarian. Featured below are some of the highlights.

On teaming with Frankie Kazarian for so long: “I feel like in some places certain teams are split up because they feel like there needs to be fresh ideas and done, but for me and Frankie we never saw the necessity of splitting up and having a feud, we felt like we still had stuff to offer as a team and when we went our separate ways as far as doing singles stuff we were content to come back together as a team. I think part of the reason for that is we didn’t start out as a team, we’ve been friends for over a decade and we had our own singles careers before we became a team so we feel very comfortable being apart from each other, but we don’t see the necessity to get into a long drawn out feud when we can keep our options open and split off and do what we want to do singles then return to the team scene. Now with Scorpio Sky as part of SoCal Uncensored that even adds another facet to our game. I mean if you look at All In Scorpio and Frankie one of the few times they tagged together as a team and they got the victory over The Briscoes so there’s all kinds of possibilities, for opportunities for me, for Frankie, for Scorpio and the three of us as a trio as well.”

On whether or not he considers ROH to be an independent promotion: “Yeah I feel like when Sinclair bought ROH and started a television show, I feel like independent wasn’t really the right term to describe ROH and you can say the same thing about TNA once they got a national television show, but for a long time there really wasn’t a level between WWE and independent wrestling. So, I feel like companies like TNA and ROH filled that gap and WWE’s been around for so many years now they’re the gold standard of success in professional wrestling, but for the past 16 years ROH has kept a steady uphill climb of popularity, of success and it’s like you said in 2019 now they’ve sold out Madison Square Garden. It’s more growth like that, that keeps ROH as a destination for young wrestlers to come in and be seen on a national scale, it’s that sort of growth that has us going into bigger arenas in 2019, more markets in 2019 and just more growth for the company overall.”

Christopher Daniels On Whether Or Not ROH Is An Indy Promotion, Kazarian & More