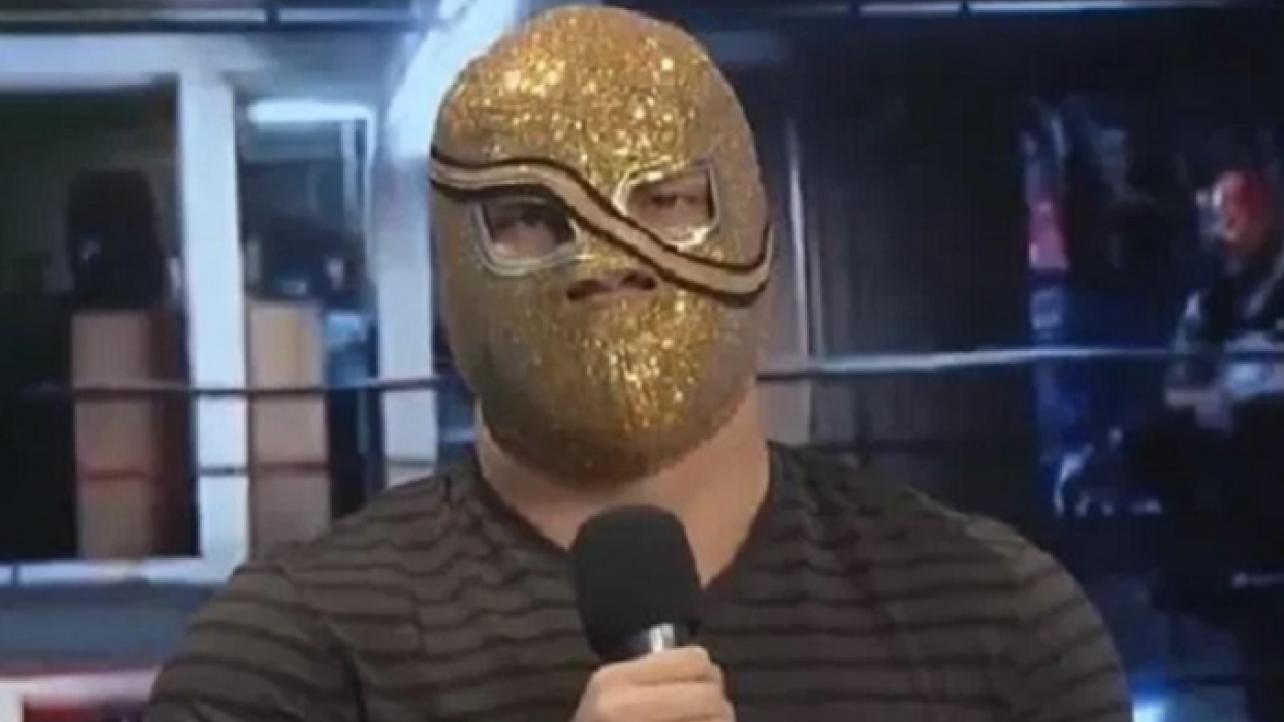 Lucha Libre star Cinta de Oro (fka Sin Cara in WWE) recently spoke with the Wrestling Inc. Daily about a variety of subjects, most notably how he believes the WWE doesn’t see any stock in latino talents. Cinta goes on to break down the paths of wrestlers like Gran Metalik, Andrade, Angel Garza, and Humberto Carrillo as examples before begging the WWE to give those guys a shot. Highlights are below.

Says Latino stars want an opportunity to break through barriers and become superstars:

“I never wanted to get into this conversation, but I feel like we need to now. It’s true. With everything that is going on in the world, the Latinos or Mexicanos can never really join forces to do something powerful. It’s always been other people. You can see what’s happened nowadays when the Black Lives Matter movement started. It was great to see all them join together and do something positive for everybody, for the community. And when that happened everybody in WWE was a champion, right? Bobby Lashley, New Day, all those guys. Which is great, they’re good friends of mine and I love them, but what about us? We want a shot. We want an opportunity.”

“You realize certain things. Now that Andrade asked for his release, they kept Santos Escobar as champion last week. Now they took the championship off him, and they made Raquel [Gonzalez] a champion in NXT. Which is great, you know, I understand. But why do you have to wait until something like that happens to give an opportunity to the Latinos, to the Mexicanos, because something negative came out about your company? It’s very obvious, and it’s very sad for a lot of the boys that are there right now.”

How WWE doesn’t give a lot of their latin talent a chance to succeed:

“For Angel Garza, for [Humberto] Carrillo, for Lince [Dorado], for Kalisto, for [Gran] Metalik. All those guys are very talented. They can give excuses for certain things, like, ‘Oh, he isn’t physically fit.’ Look at Kalisto! Kalisto is in the best shape of his life, and he hasn’t wrestled in like 180 days on television. Look at Metalik. Metalik was a world champion wherever he went. In Japan, in Mexico, he’d hold like five, ten titles at the same time for one time in his career. He has never done anything close to that in WWE. Garza was an independent worker that was well-known all over the place, doing a lot of things. Carrillo is an amazing talent. He’s a young kid who can wrestle well, but unfortunately they don’t give those guys an opportunity to really succeed. It’s tough, it’s a tough situation, but now people can see I didn’t leave because of my ego or because I thought I was better than anybody else. I just wanted a shot.”