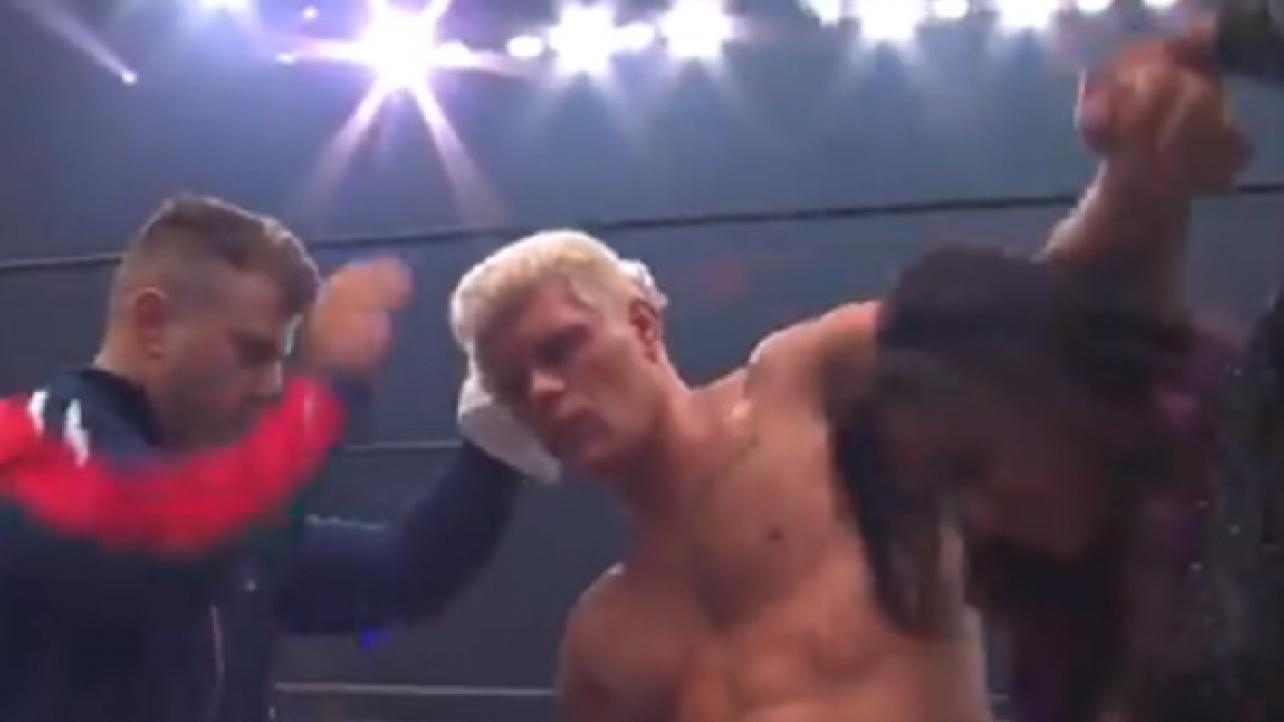 As noted, one of the main talking points coming out of AEW Fyter Fest, the sophomore event from All Elite Wrestling on Saturday night at the Ocean Center in Daytona Beach, Florida was the brutal unprotected chair shot that Cody took from Shawn Spears after his match on the show against Darby Allin went to a time-limit draw.

Spears, formerly known as Tye Dillinger, hit the ring and proceeded to baseball bat-swing the steel chair at the unprotected skull of Cody. The result was a complete bloodbath, as the back of Cody’s head began to badly leak blood all over the place.

As noted, Cody received 12-staples after the match (Photos Here), and it was determined that he did not suffer a concussion as a result of the chair shot.

The Bleacher Report (B/R) Live official Twitter page (@BRLive), the digital subscription service that streamed Saturday night’s AEW Fyter Fest event live for free, posted a video showing Cody being helped to the backstage area of the Ocean Center after being blasted by a steel chair.

Also featured in the video are some replays and close-up shots of Cody taking the brutal, unprotected chair shot from Spears to the back of his head.

For additional photos of Cody taking the chair shot, and the blood-bath that followed, click here, and if you missed the show on Saturday night, make sure to check out our detailed AEW Fyter Fest Results From Daytona Beach, FL. (6/29).