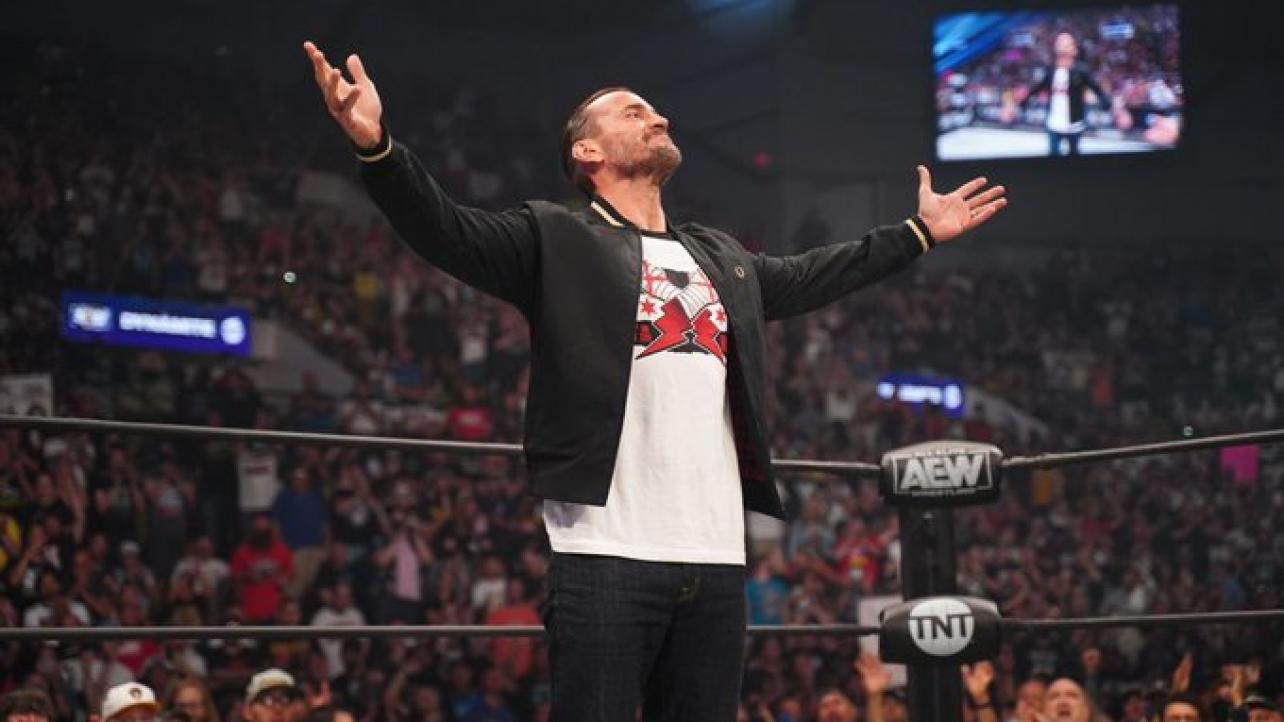 If you ask CM Punk, being straight-edge and sober made many in WWE feel threatened by him during his time with the company.

“The Best in the World” recently appeared as a guest on the Dropping Character podcast to promote his STARZ series “HEELS” and AEW Grand Slam Week.

During the appearance, the AEW star spoke about his straight-edge lifestyle affecting his run in WWE and how he auditioned years ago to be the lead character in the aforementioned “HEELS” show.

Featured below are some of the highlights from the interview where he touches on this topics with his thoughts.

On how he originally auditioned to be the lead character in STARZ’ “HEELS” series years ago: “I first heard about Heels years ago. I wanna say it was — I’m not gonna get the year right. Two thousand, I don’t know, 17? They had the show in development and I was flown to California to audition for the role of Jack [Spade]. Yeah, I don’t even know if Stephen [Amell] knows this. I know [Mike] O’Malley knows it. Well he says he’s seen my — because I brought it up to him and he says he’s seen my original audition. ‘Oh man, I saw it. You were great.’ Heck yeah. I was so good that they shut down the entire production. That’s how good I was. But no, it was an opportunity so I was, man, I had a busy run in California at that time.”

On being pressured to drink or do drugs during his run in WWE: “There’s a lot of bullies in professional wrestling and a lot of it comes down to people being taught by the previous generation to hold onto your spot. ‘Somebody’s gonna take your spot, the young guys are coming up. They’re gonna take your spot.’ So me coming in, I was a threat to a lot of guys and me being straight-edge, not drinking, not doing drugs, I was a threat to other guys. They didn’t get that. They would try to bully me into — like weird peer pressure like, ‘Have a beer!’ I’m like, ‘I don’t drink.’ ‘Well why? Why don’t you?’ Just weird stuff that grown ass men should not be participating in. But I got thick skin. What can I say? And a lot of it translates to people — you get punished in their own special way. I don’t know if that stuff goes on anymore. It’s a different company [WWE] from what people tell me but yeah, the pro wrestling culture definitely a lot of the time sucked and you know, lesser people could break, quit or whatever. I just always kind of looked at it like, ‘Well, if I get fired, I get fired. I have a back-up plan and that is just to go back seamlessly into the life I had.’ I could always do that.”

Check out the complete interview at Podbay.fm. H/T to POST Wrestling for transcribing the above quotes.