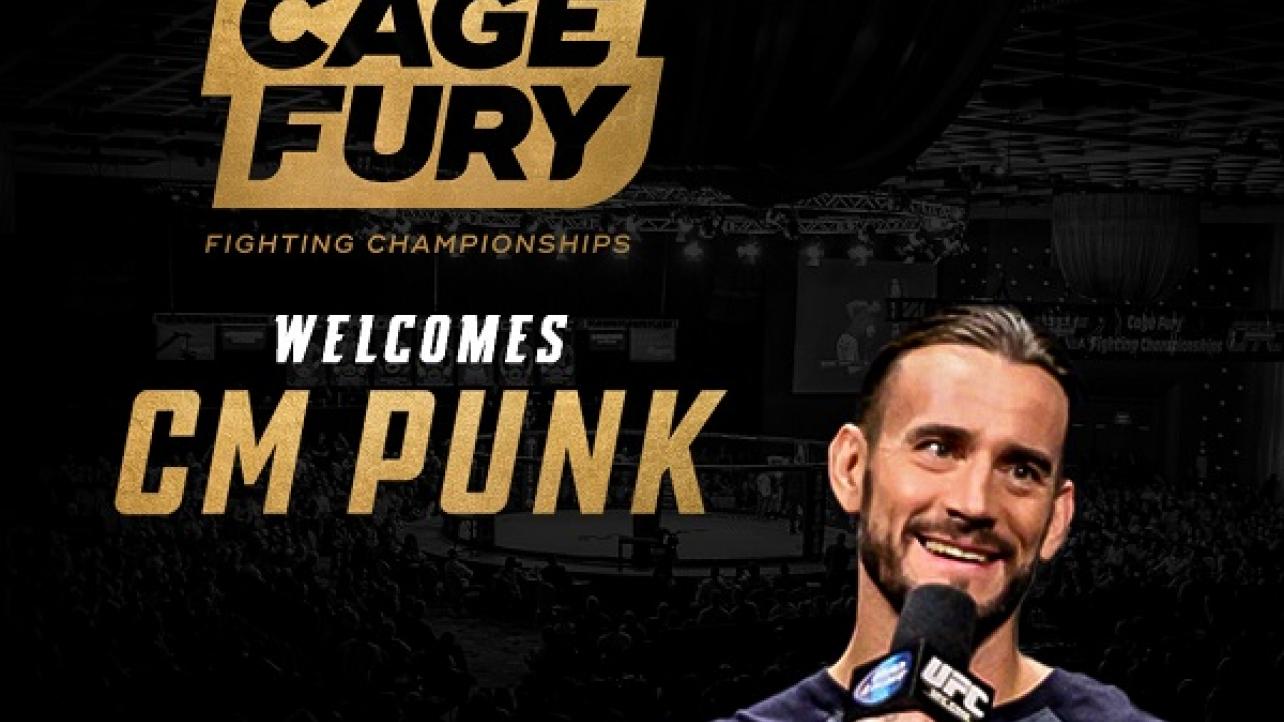 On Thursday, it was announced that former WWE Superstar and UFC fighter Phil “CM Punk” Brooks has signed with an MMA promotion to be a commentator.

Cage Fury Fighting Championships (CFFC) announced today that Punk will be joining the promotion as an announcer. Check out the complete press release below.

ATLANTIC CITY, N.J. — NOV. 8, 2018 — Cage Fury Fighting Championships (CFFC) announced today that one of the biggest names in professional wrestling and combat sports has joined the organization as a commentator for its first-ever event on UFC Fight Pass on Friday, Dec. 14.

CM Punk, a former pro wrestling international superstar and combat sports veteran, will provide color commentary for next month’s CFFC card, which is headlined by three title fights. He will be joined by veteran play-by-play broadcaster Mike Gill, who has been one of New Jersey’s top sports talk radio hosts for more than a decade. Longtime CFFC commentator Brian Palakow will also return for the event to provide analysis throughout portions of the card.

“CM Punk’s knowledge and passion for MMA is incredible, and his charisma and personality make him a perfect fit for this role,” Rob Haydak, CFFC President, said. “By pairing him with Mike Gill, a true sports broadcasting veteran who has been around the fight game his whole career in Atlantic City, we have a great combination for our first show on UFC Fight Pass!”

“I can’t wait for this opportunity to call the CFFC fights on UFC Fight Pass,” CM Punk said. “CFFC has a long history of putting on exciting fights featuring some of the sport’s up-and-coming athletes. This card is going to be a lot of fun and I’m really excited to have the chance to be a part of it.”

“I’ve long been a fan of CM Punk and I’m looking forward to the chance to work with him on Dec. 14 at Borgata,” Gill, who hosts a drivetime show on 97.3 ESPN Radio in Atlantic City, said. “CFFC has a reputation for delivering action-packed cards with MMA’s most promising stars. This is a can’t-miss event.”

Led by its respected President Rob Haydak, CFFC’s executive team consists of sports and entertainment industry executives who have worked for some of the most prestigious brands in the world.