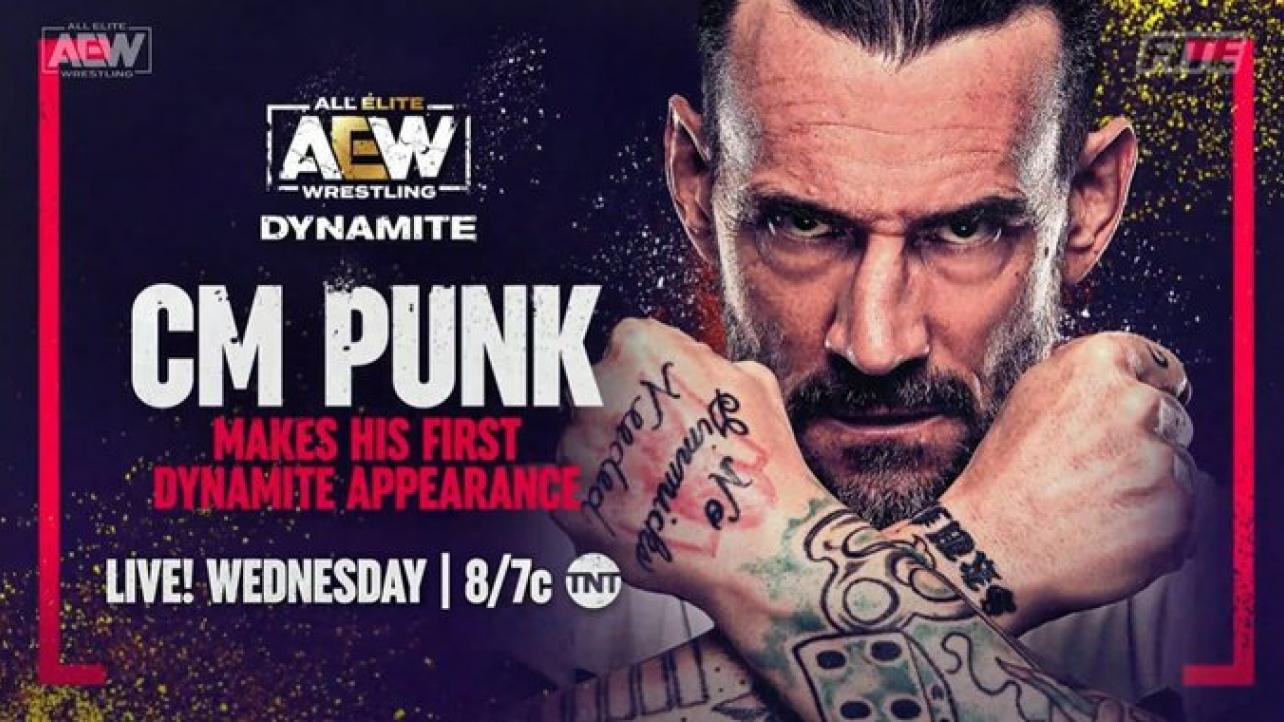 “The Best in the World” will return to TNT television next Wednesday night.

Following his electric debut for All Elite Wrestling at the AEW Rampage: The First Dance show on TNT from the United Center in his hometown of Chicago, Illinois on Friday night, it was announced that CM Punk will make his follow-up appearance for AEW next week.

CM Punk will appear for the second time on AEW television when he makes his AEW Dynamite debut next Wednesday night.

Check out the announcement below, and make sure to join us here at eWrestling.com next Wednesday night for live AEW Dynamite results coverage!

You won’t have to wait long to see #CMPunk; he’ll be on #AEWDynamite THIS WEDNESDAY!#AEWRampage is included with your #AEWPLUS membership.