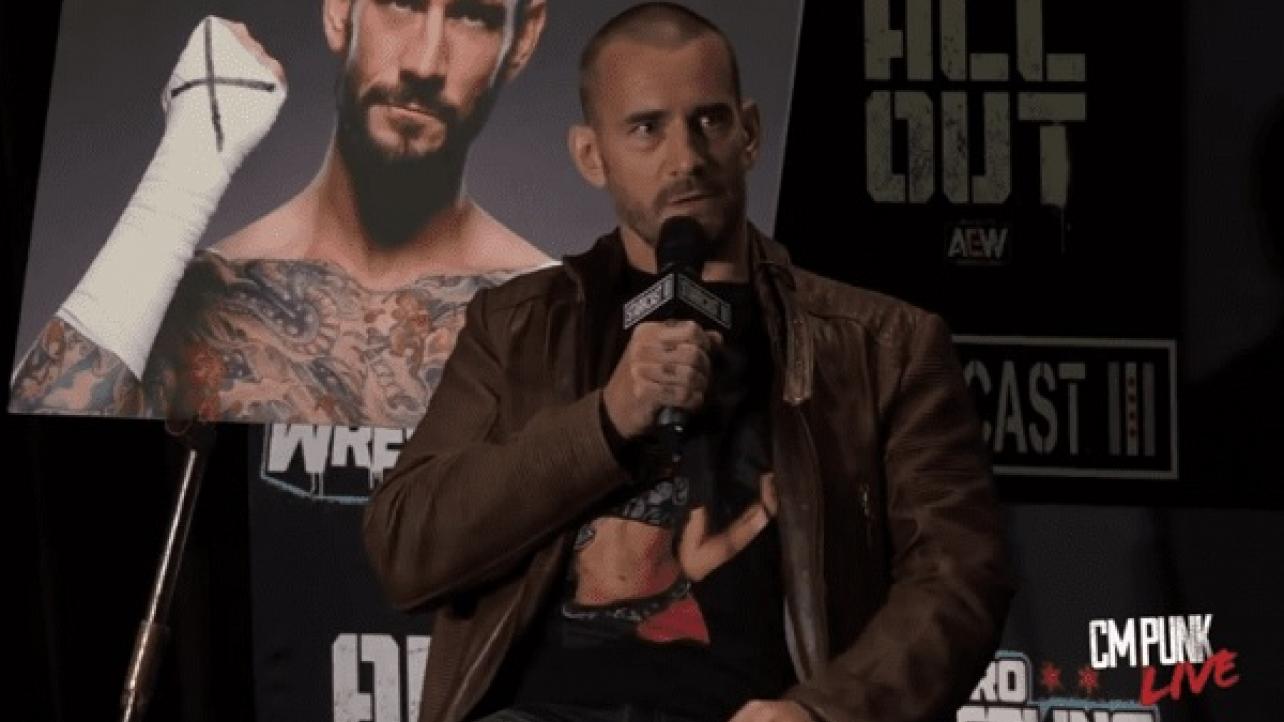 CM Punk: “STARRCAST III Appearance Is The Best I’ve Ever Been A Part Of”

As noted, CM Punk hosted his special “CM Punk Live: Best in the World” panel / interview on Friday evening near his hometown of Chicago, Illinois as part of STARRCAST III weekend.

During the live interview, the former WWE Superstar and UFC fighter discussed whether or not he will ever return to WWE, if he would ever work for All Elite Wrestling (AEW) or other pro wrestling companies and more.

“I wouldn’t not talk to them,” Punk said. “On what planet, in what other business does somebody suspend somebody else, and then they don’t come and get them after the suspension. Like, why is it up to me? It’s just a weird situation, but that being said, I’m over it. I’ve been over it for a very long time, it’s in the past.”

Punk added, “I’m 40 years old and I try to be as zen and wise as I possibly can be. … I’ll have a conversation with anybody. But it’s nothing—like, I’m not calling them, but if they’re like, ‘Oh, hey,’ I mean, I’ll talk to you. See what you got to say, but it better be good. I think I had a pretty good career, I don’t think there’s anything left that I need to accomplish.”

Additionally, “The Best in the World” touched on topics regarding Vince McMahon, John Cena and more.

Thank you @HeyHeyItsConrad. Thanks to your entire team and everyone who helped make my appearance @StarrcastEvents the best I’ve ever been a part off. Most of all, thanks to everyone who came through to say hi. Appreciate you all!!! pic.twitter.com/w1yMtmXYu3

On Saturday evening, Punk took to social media to comment on his experience at STARRCAST III, thanking promoter Conrad Thompson and the fans for turning up.

“Thank you [Conrad Thompson],” wrote Punk via his official Twitter page. “Thanks to your entire team and everyone who helped make my [STARRCAST III] appearance the best I’ve ever been a part of.”

Punk continued, “Most of all, thanks to everyone who came through to say hi. Appreciate you all!!!”

On behalf of everyone at #Starrcast, thank YOU for your time and graciousness.

The official STARRCAST Events Twitter page was quick to respond to Punk, tweeting a reply thanking him in return and telling him to “keep in touch.”

“On behalf of everyone at [STARRCAST], thank YOU for your time and graciousness,” read the reply. “Lets keep in touch, yeah?”

Check out a very detailed recap of everything CM Punk said in what is virtually a transcription of the entire “Best in the World” interview from STARRCAST III on Saturday by clicking here.

For those interested, the CM Punk: Best in the World live interview from STARRCAST III is now available for VOD purchase via FITE.TV.

CM Punk: “STARRCAST III Appearance Is The Best I’ve Ever Been A Part Of”