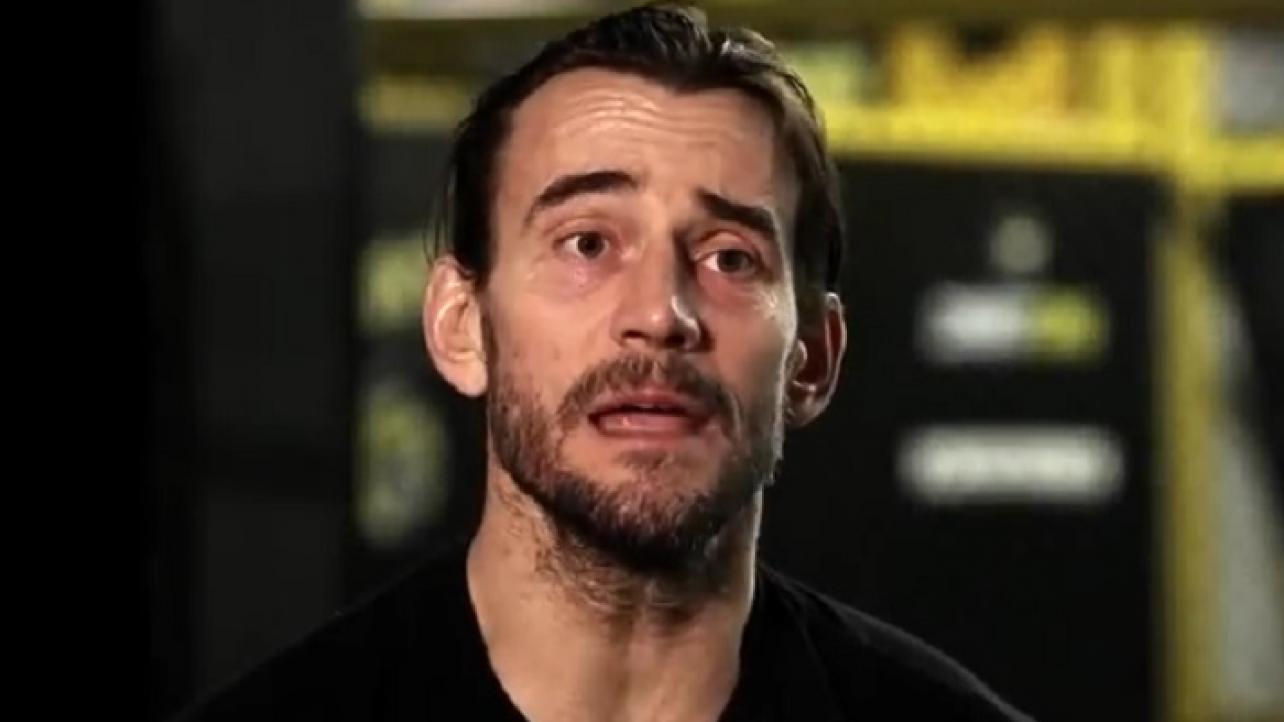 In a new interview with ESPN, former WWE champion CM Punk discusses his upcoming appearance at Starrcast III, and if that potentially means there will be a return to pro-wrestling for him.

Punk also talks about receiving text messages from the likes of Cody Rhodes with AEW offers, and how much he enjoys providing commentary for Cage Fury Fighting Championship (CFFC) events.

Check out some of the highlights from the interview below.

On the reason why he said yes to Starrcast:

“They asked if I wanted to do Starrcast. That’s basically it. There’s no mad scientist formula to it. I hate traveling. I’ve turned down offers to do signings in other places. It turns into a mission to leave town just to do a signing and stuff. I like to take time with everybody and make sure everybody has a good experience. I try not to just shuffle people through a line. For those of you who don’t know what it is, it’s not just somebody shoves something in front of me, I sign it and it’s on to the next. I really try to make sure everybody has a story to tell or an experience. Sometimes it can be exhausting. The biggest thing was it’s in my hometown. I get to go for one day, I get to have fun, I get to give back to the fans, so to speak. And I get to go home and rest afterward.”

On whether he has a relationship with AEW:

“No. I know they like to talk about me a lot. If I text Matt Jackson, “Hey, have a great show tonight,” which I did when they had their big show in Vegas, that somehow turns into Tony Khan telling people he has a great relationship with me. I’ve said in the past I’ve talked to them, but nothing ever came of anything.”

On any ALL OUT appearance expectations:

“I think if there’s an expectation, it’s purely been built by them. My silence to some fans means something. They’re trying to read the tea leaves, but there’s nothing to read. I even feel like talking about it may feel like I’m putting some sort of negative slant on it, but I’m really not. The fact is I know they’ve teased me ad-nauseaum, and if anybody is gonna get mad it’s at me because I don’t show up. Well then, I don’t know what to tell you. That’s one of those things that’s none of my business.”

On how he’s constantly talked about in the media and been teased by AEW:

“They do videos where they talk about me. They’re constantly talking about me in the media. And again, maybe this sounds like I’m badgering them, but I’m not. It’s just something that happens. I’m a popular guy to talk about. But I’m not doing interviews talking about them. If people ask me about it, I say no, I won’t be there.”

On conversations with Cody Rhodes:

“The last thing I got — I got a text from Cody [Rhodes]. And again, I almost don’t even know how to reply to them sometimes, because if I reply, they do interviews and are like, “Oh yeah, I just talked to Punk.” I’m kind of damned if I do, damned if I don’t. I always think if somebody wants to do business with me, they can come talk to me. Texting offers isn’t really a way to do good business, at least.”

On how much he enjoys commentating on CFFC events:

“I love it to death. I go through withdrawals. We have July off and I think I’m driving my wife crazy. She was in L.A. and wasn’t around me, so good for her. I can’t train [in MMA because of a dental surgery] and I don’t have anything to study for, so I kind of go a little bit loony. But I’m very much looking forward to our August show. It’s just so much fun. I almost can’t put into words how much I enjoy talking to fighters, calling the fights. I feel like I do a decent job at it, and it’s just something I really, really enjoy.”

Check out the complete CM Punk interview at ESPN.com.