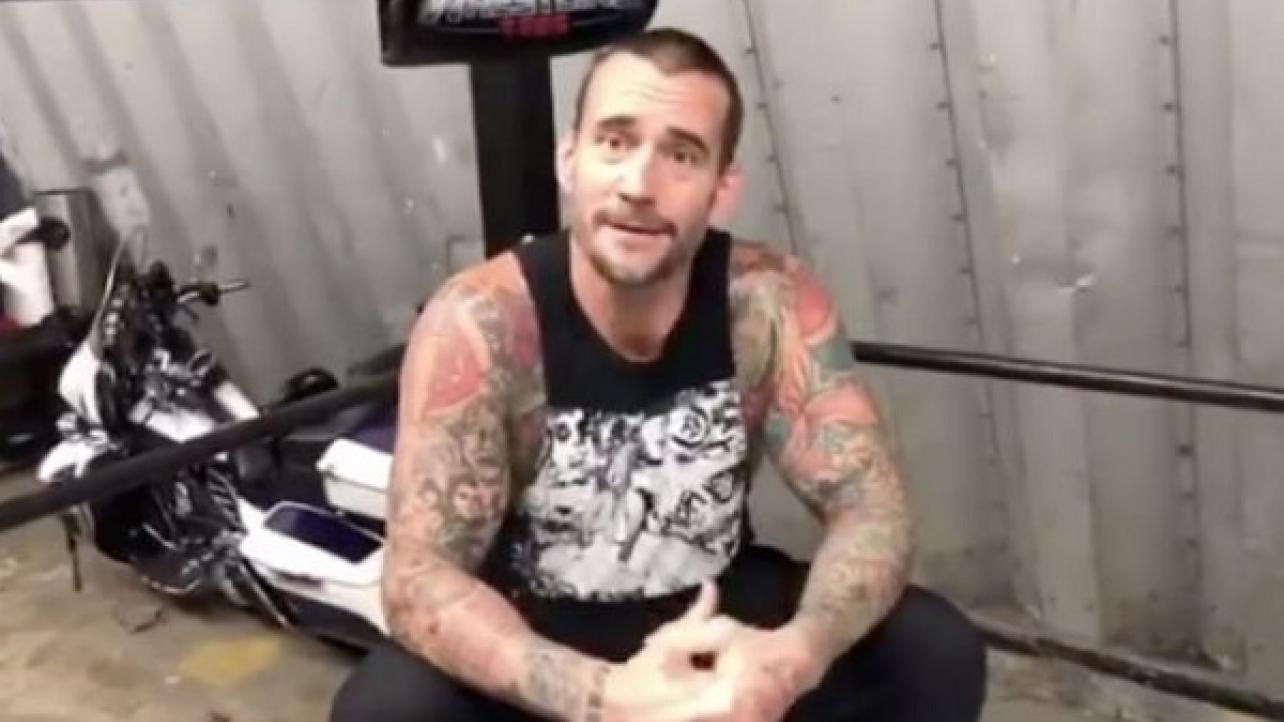 Phil “CM Punk” Brooks has returned to drop a pipe bomb inside a squared circle for the first time in years today.

The former WWE Superstar turned 0-2 UFC fighter turned leading star of the new “Girl on the Third Floor” horror film that is receiving a flawless 100-percent approval rating from the first several critics on Rotten Tomatoes (VIDEO TRAILER & FILM PHOTOS HERE) cut a promo inside the Pro Wrestling Tees ring to promote his appearance at STARRCAST III weekend this coming Saturday evening near his hometown of Chicago, Illinois.

Punk sat seated in the corner of the ring, like Raven used to in the original ECW and similar to how Aleister Black and others do in NXT and WWE these days, a point he immediately referenced in his very trademark CM Punk-style promo.

“Everybody sits this way now, right?” said Punk during the promo.

He continued, “Should I be Phil or CM Punk? I have no idea what I’m gonna say. There’s no script, I’m not following a storyline.

Punk went on to tease the possibility of “causing some trouble” with what he might say when he has a live microphone in his hand this Saturday night.

“I’m hoping to avoid any kind of trouble come Saturday, but you never can tell.”

He even took a bump in the ring, something he also jokingly referenced in the promo, as he mentioned STARRCAST III promoter Conrad Thompson should pay him extra for doing so.

From there, he went on to shoot about the recent cancellations of The Undertaker and Kurt Angle from past STARRCAST conventions.

“I’m sorry to inform you all that I have to cancel my upcoming appearance at Starrcast,” Punk said with a laugh. “That’s what everybody does, right? Everybody cancels. Well I’m not fucking canceling because I don’t cancel, because I do what I want. Nobody can tell me where to go, who to work for, who to sign autographs for, whether I have to smile to take pictures or not. I will smile because I am actually going to be happy to see you, but I’m not going to cancel unlike everybody else who’s ever done Starrcast. I will be there and I’ll see you Saturday.”

After five long years, @cmpunk is BACK in the ring! What’s he got to say? Don’t miss a minute LIVE on #STARRCASTonFITE! Pre order now worldwide and get 70 shows with unlimited replays including #starrcast 1 and 2! @FiteTV https://t.co/tZJ5cb7ryi pic.twitter.com/P9L0ti0lUu

COULD #PhilBrooks return at #AllOut?!