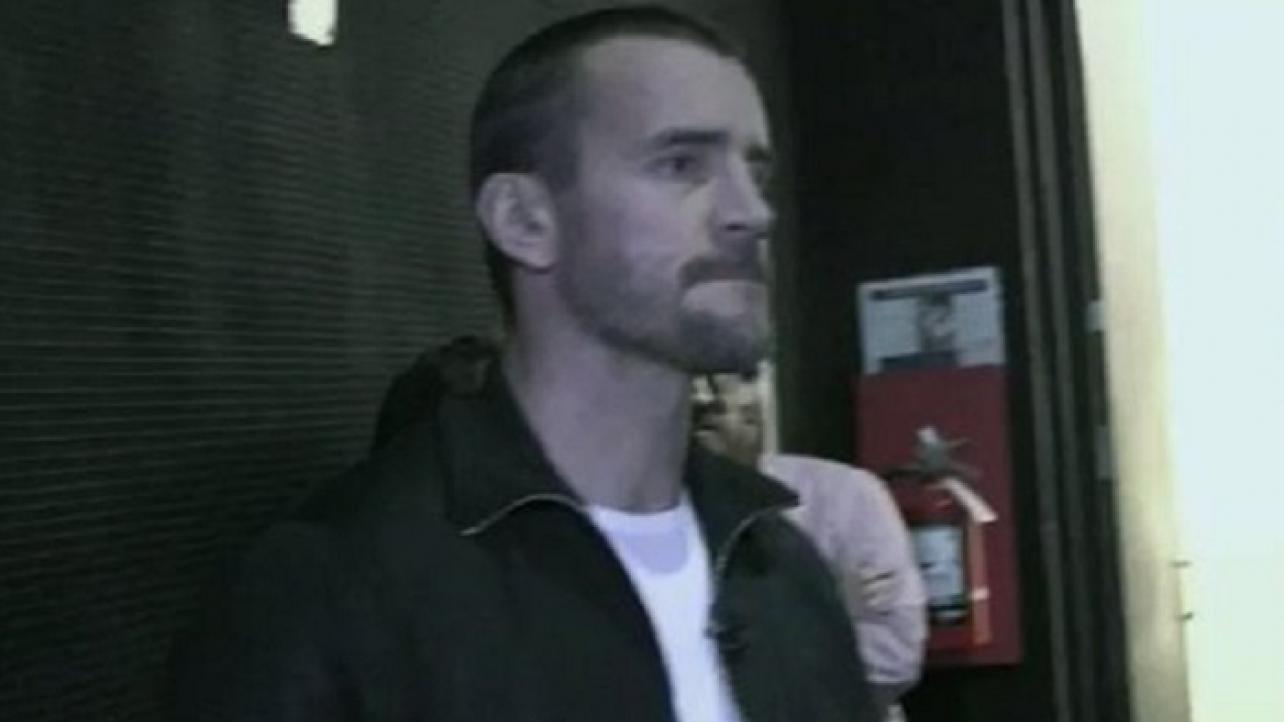 The buzz following CM Punk’s first full-length appearance on WWE programming in years on Tuesday night’s edition of WWE Backstage On FS1 is never-ending, and it’s only picking up after new behind-the-scenes footage from the November 19th episode of the WWE on FOX series was released.

During and after the WWE Backstage On FS1 broadcast on Tuesday night, the official @WWEonFOX Twitter feed stayed busy, churning out video clips, photos and comments as this week’s show played and wrapped up.

Featured below is a collection of the CM Punk-related tweets released via the official WWE On FOX Twitter feed, which includes some exclusive behind-the-scenes video clips and photos from the episode.

We were all @WWEEmberMoon after that ‘Social Media SmackDown’ from @CMPunk. #WWEBackstage

It’s the moment that broke the internet, the return of @CMPunk on last week’s episode of #WWEBackstage. pic.twitter.com/AE9Qj5Ju2p

You chanted his name, he came back, and now we asked you what you thought of the return of @CMPunk. #WWEBackstage pic.twitter.com/pgGY3bDD0B

Hey @TomArnold you should delete your account now. #WWEBackstage pic.twitter.com/BJfoABDOdh

For those who missed the show on Tuesday night, you can watch every second of CM Punk’s full-length interview with Renee Young from the show, as well as the complete segment where “The Best in the World” addresses Seth Rollins, and his promo segment right here at eWrestling via the following link: WWE Backstage On FS1: CM Punk Full Length Interview, First Promo In Years & Advice For Seth Rollins (VIDEOS).

Additionally, some more post-show action went down, as the war of words between CM Punk and Seth Rollins continued on social media after the broadcast went off-the-air.

UPDATE #1: Check out some exclusive behind-the-scenes videos and photos of CM Punk on WWE Backstage On FS1 from the Tuesday, November 19th episode here at eWrestling by clicking here.

UPDATE #2: The war-of-words continues between CM Punk and Seth Rollins on social media after Tuesday night’s WWE Backstage On FS1 show. Read the latest update on the Punk-Rollins “Twitter War” here at eWrestling by clicking here.

UPDATE #3: So, how did the long-awaited return of CM Punk on WWE programming draw in terms of ratings and viewership? Find out, as the report card is in for the Tuesday, November 19th episode of WWE Backstage On FS1, which was advertised almost strictly based on “The Best in the World” returning. Check out a detailed breakdown of the TV ratings and viewership, the web / social media viewership and more by clicking here.

The #WWE war of words continues between @CMPunk & @WWERollins after @WWEonFOX‘s “#WWEBackstage on @FS1,” as #SethRollins mocks #CMPunk for a “HELL of a ‘Response'” on the show, calls Punk a “COWARD!” Punk also chimes in w/ a new tweet~!!

Watch his FULL-LENGTH interview, his first #WWE #pipebomb promo in years & his response to #SethRollins