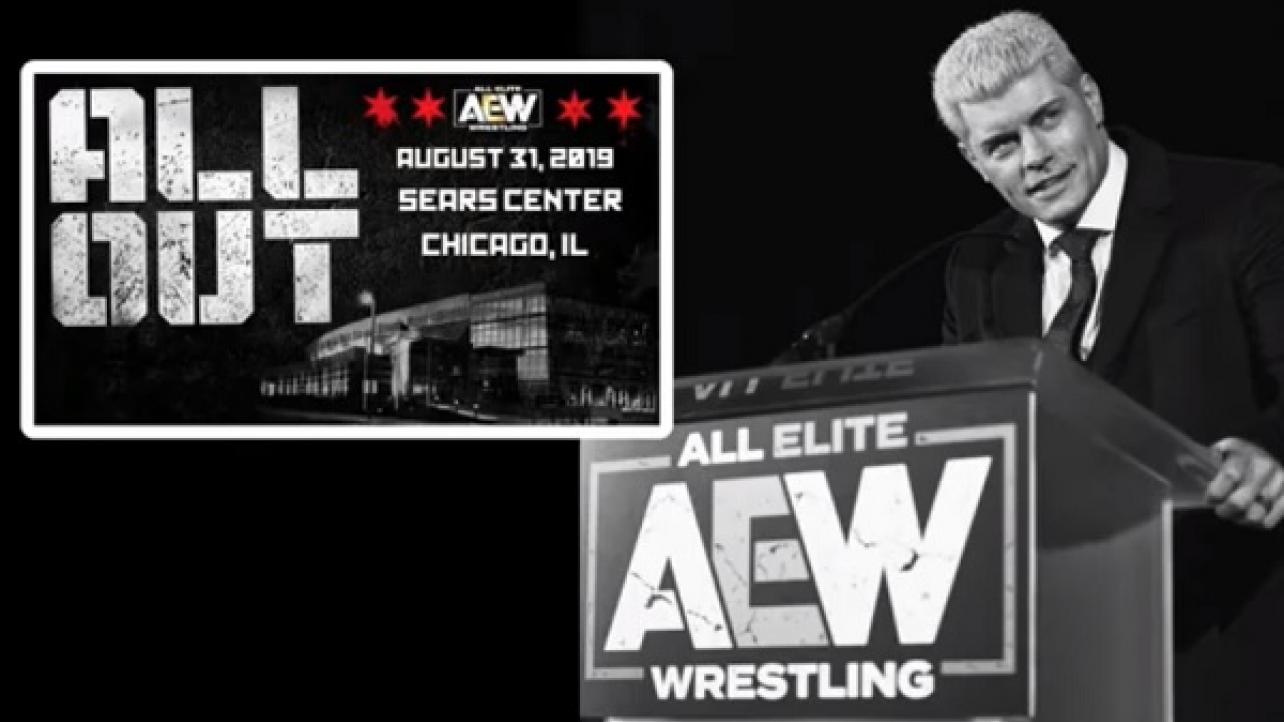 To promote the launch of their new, weekly two-hour live series, AEW On TNT, which premieres on Wednesday, October 2nd from the Capital One Arena in Washington, D.C., as well as this month’s AEW All Out pay-per-view on Saturday, August 31st from the Sears Centre Arena in Hoffman Estates, Illinois, All Elite Wrestling (AEW) Executive Vice President (EVP) and wrestler Cody Rhodes appeared as a guest on “The Apter Chat” with longtime pro wrestling journalist, Pro Wrestling Illustrated’s Bill Apter.

On Being Excited To See How TNT Has Evolved Since It Last Had Wrestling:

“I don’t know, I think I said something to that nature for sure. I was taking back the initial blood and guts comment (from McMahon). I’m so excited that wrestling is going to be on TNT. I think it’s been 18 years, and to have a partner like that – and they’ve changed so much; the Warner Media Group has changed so much in terms of their infrastructure. Wrestling has changed so much, so it’ll be cool to kind of catch back up. You know, where is everything now?”

On What He Thinks Will Be The Major Selling Point Of Their Television Show:

“I think [the TNT TV premier] selling out was an honest shock to me. I thought it would do well, but we were so focused on the content of the show itself. Washington D.C.: the Nation’s Capital – it’s serendipity, man. And the only way it’s going to keep happening after the fact is if we keep putting on the best bell-to-bell matches that we can.

“Yes, people may tune in and expect something different as far as AEW is concerned and expect that alternative, and they’ll get that. But they’ll also get something they’ve been familiar with for a long time and that is bell-to-bell pro wrestling at it’s best because of the roster we have, and that’s the best thing we can give them. There’s a hundred hooks, and gimmicks, and all of that in this world of sports entertainment and show business, but the stories you can tell in the ring, they’re the most sophisticated stories on Earth if you want them to be. And I’m excited to do that.”

On Why His Match Against Sammy Guevara Will Likely Open The Show:

I think, as of looking at it now, I’ll probably be the very first match of the night. Which has a special place in my mind but also thinking from a logistic and planning standpoint, it also makes it very easy for me to go sit down, put the headset on, and help Tony Khan and the other EVPs produce the rest of the show.

Check out the complete Cody Rhodes interview with Bill Apter from “The Apter Chat” below.