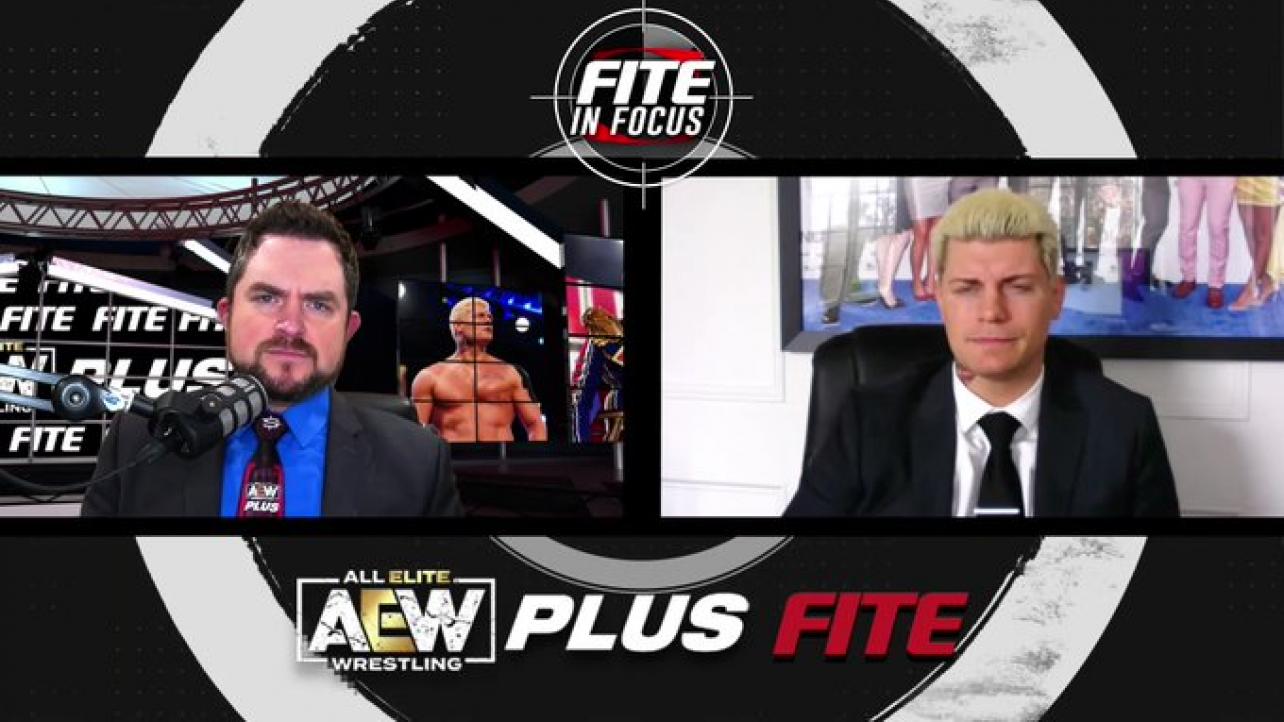 – Cody Rhodes joined Josh Shernoff on the final installment of the AEW Plus “FITE In FOCUS” for 2021 on Friday. Ahead of his TNT Championship defense against “All Ego” Ethan Page of The Men of the Year tag-team on the final AEW show of 2021 on tonight’s Rampage: New Year’s Smash special on TNT, “The American Nightmare” spoke with Shernoff about the rapid evolution of the promotion that transformed the pro wrestling business. Watch footage of Cody Rhodes’ appearance on the 12/31 edition of AEW Plus: FITE In FOCUS via the tweet embedded below courtesy of the official Twitter feed of FITE TV.

What was the origin of #AEW?@SoSaysShernoff hosts a special #AEWPLUS #FITEinFOCUS with @AEW‘s #CodyRhodes to discuss the rapid evolution of the promotion that transformed the business.

– AEW has announced the “Wrestler of the Week” for the week of December 26 – January 1. On Friday, the official AEW on TNT Twitter feed released the winner of the weekly award, naming newcomer Kyle O’Reilly as the AEW Wrestler of the Week due to the former WWE NXT Superstar getting “a win on his first night and setting the internet on fire with his mere presence.” Check out the announcement via the tweet embedded below.

Get a win in your first night and set the internet on fire with your mere presence? Yeah, that gets you #WrestlerOfTheWeek pic.twitter.com/5I09d7RcSw

– Finally, Fuego del Sol was in attendance at the CFB Playoff game that saw the Alabama Crimson Tide beat the Cincinnati Bearcats at the AT&T Stadium in Arlington, Texas. The masked fan-favorite took to social media on Friday to tweet a photo of himself in the stands along with a caption that read, “Roll Tide! Enjoying the #CFBPlayoff #LikeNoOther.” Check out the post embedded below courtesy of the official Twitter feed of the AEW star.