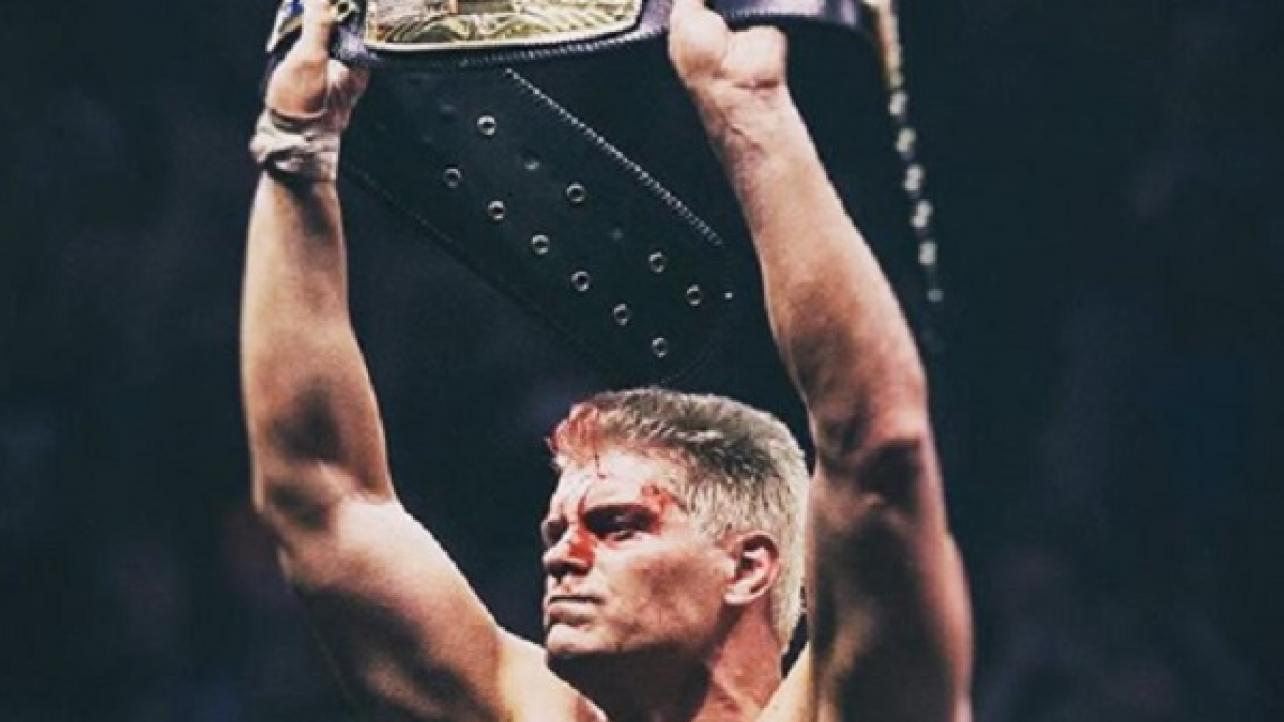 Cody Rhodes On ALL IN 2: “There’s Definitely A Thirst For What We’re Offering”

As noted, immediately following the successful ALL IN event this past Saturday, the fans and those involved with the event started talking about the possibility of another ALL IN event.

In part two of Alicia Atout’s backstage interview with Cody Rhodes, which you can check out below, the NWA World’s Heavyweight Champion talks about the possibility of ALL IN 2 after the success of the first event.

“The 10,000 plus people last night felt like 100,000 people,” Cody told Atout during part two of the interview. “I don’t want to jump to say ‘I’m ready to do it again,’ but there’s definitely a thirst for what we’re offering.”

Cody continued, “So, that’s the focus now, I think. What what do we do next?”

Check out part two of Alicia Atout’s Cody Rhodes interview below, or at YouTube.com.

Cody Rhodes On ALL IN 2: “There’s Definitely A Thirst For What We’re Offering”