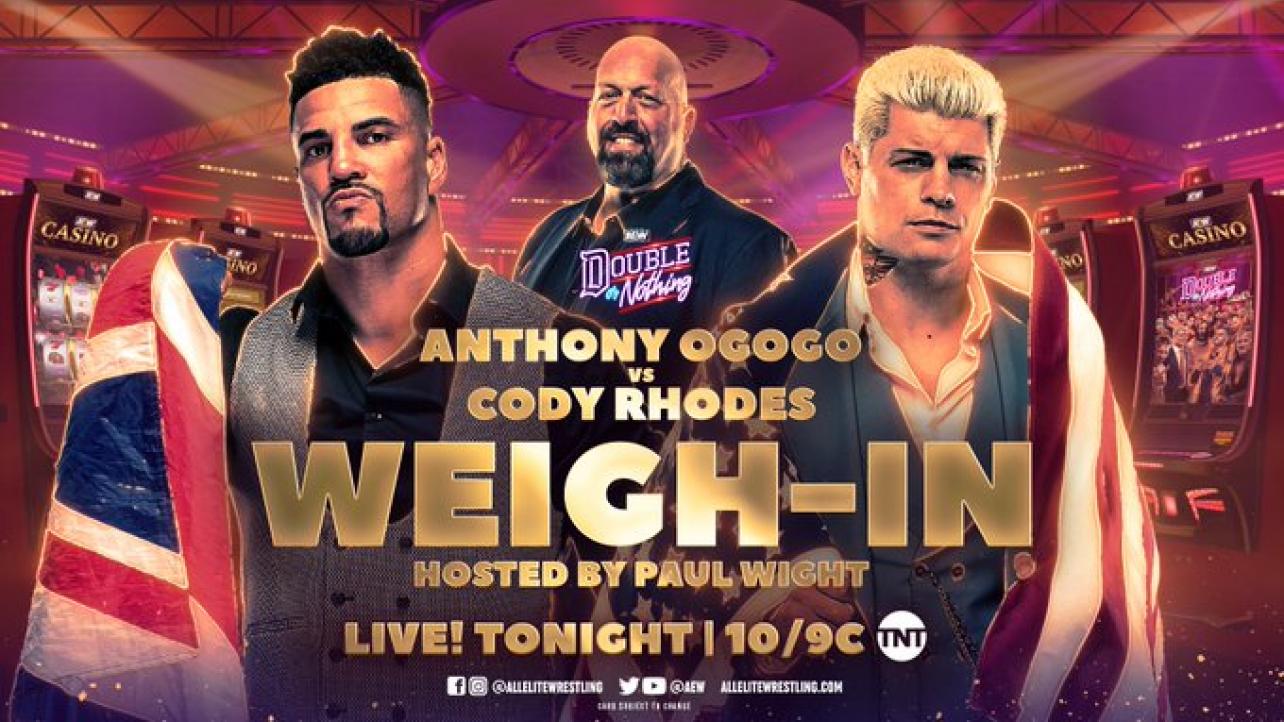 The weigh-in for the Anthony Ogogo vs. Cody Rhodes showdown at this Sunday night’s AEW Double Or Nothing pay-per-view takes place tonight on the go-home edition of AEW Dynamite on TNT.

As noted, All Elite Wrestling has announced an appearance by Paul Wight, formerly known as Big Show in WWE, for the segment on their stacked AEW Dynamite on TNT show this evening.

Ahead of tonight’s program at Daily’s Place amphitheater in Jacksonville, Florida, The Nightmare Family leader and the Olympic medalist from The Factory both chimed in on social media to comment on the announcement regarding their weigh-in segment this evening.

Check out their comments via the tweets embedded below courtesy of their official Twitter feeds, and make sure to join us here at eWrestling.com tonight for live AEW Dynamite results coverage!

What does this have to do with @PaulWight ???

You’ve had your time in the spotlight ‘big man’. Step aside, it’s my time now! #GuvnorTime

One of my favorite former opponents and the voice of DARK:Elevation! https://t.co/JzfBzQ3Gaj