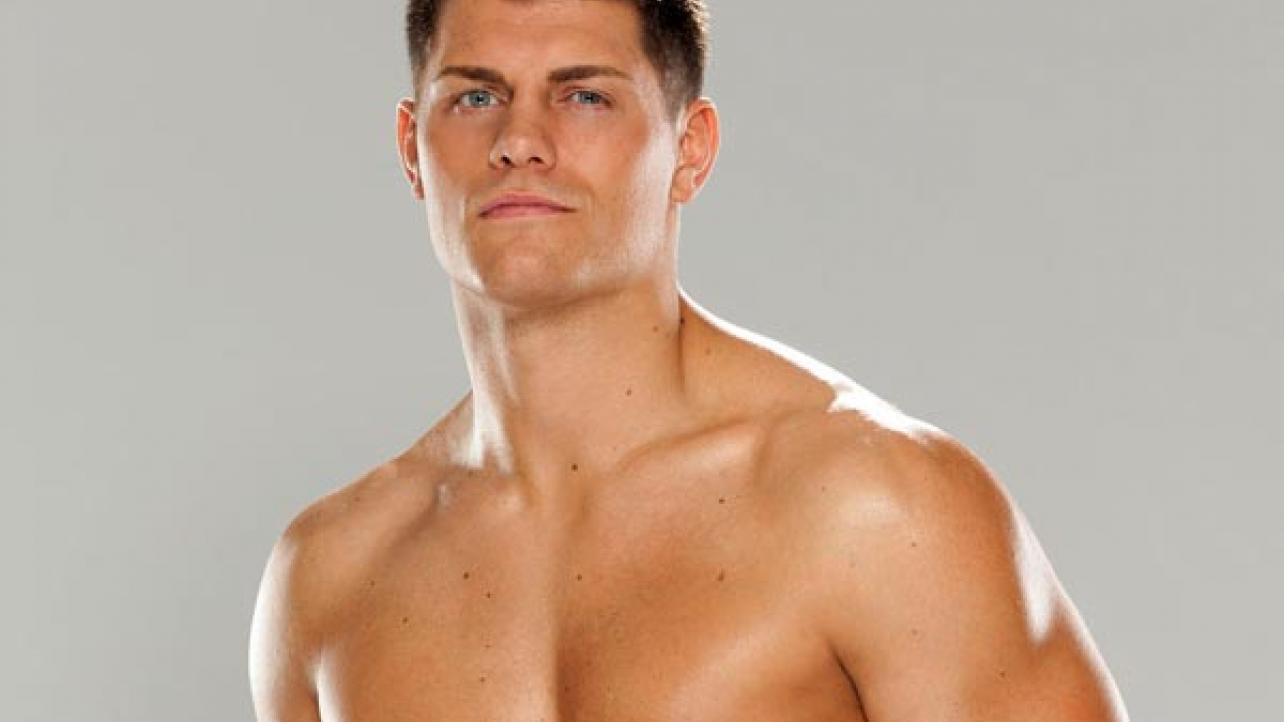 Cody Rhodes to Debut for TNA at “Bound for Glory” PPV

— As revealed in a teaser that TNA released on Wednesday, the promotion confirmed that Cody Rhodes would be debuting for the company at the upcoming Bound for Glory PPV on October 2.

— Due to WWE owning the trademark, TNA is unable to use the full name “Cody Rhodes” on TV so they will refer to him simply as “Cody” since he can use that (as it is his real name). This comes on the heels of a previous announcement that TNA has also signed Cody’s wife, Brandi, as an active wrestler as well.

— In an interesting bit of news regarding the usage of the name, Brandi is free to use “Brandi Rhodes” because WWE never trademarked it whereas with Cody they did. If the two team up in any sort of mixed tag team match, TNA could conceivably announce the pair as “Cody & Brandi Rhodes” and not be in violation of any copyright/trademark laws.

Cody Rhodes to Debut for TNA at “Bound for Glory” PPV