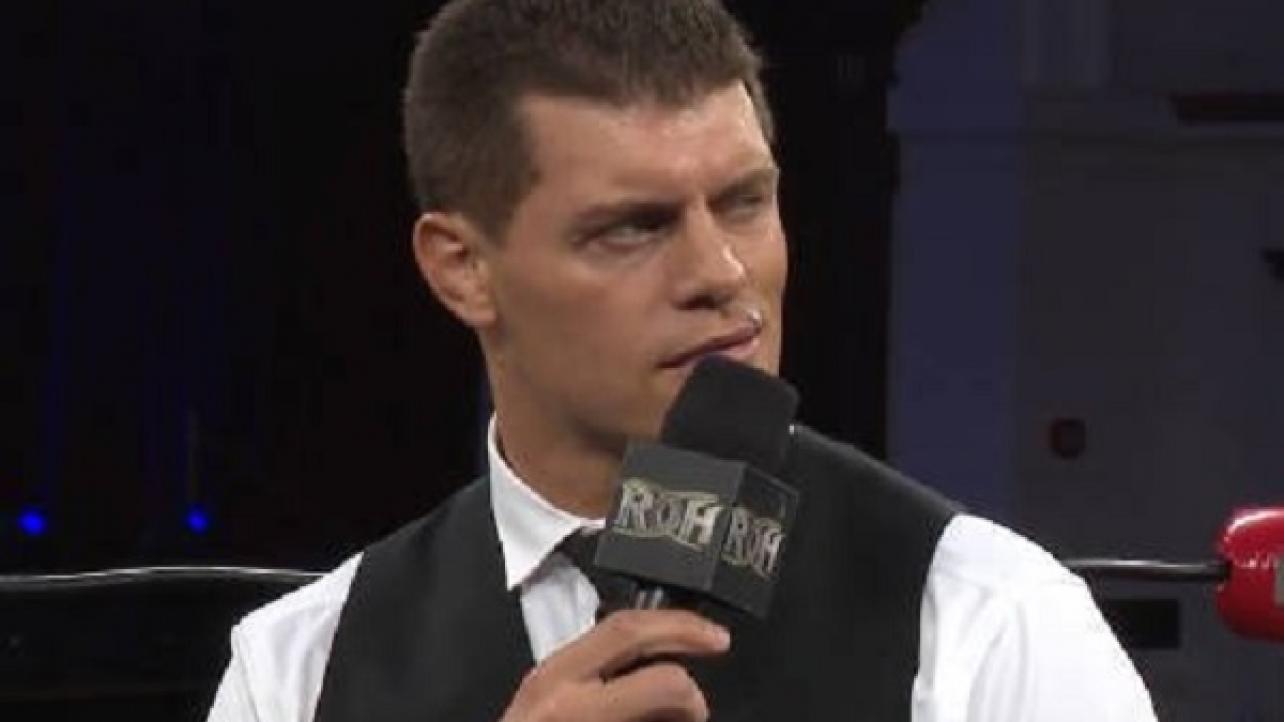 Cody Rhodes On Fan Saying Wrestling Is “Fake,” Update On His Injury Status

Cody Rhodes stuck up for us on social media this weekend.

The IWGP United States Champion responded to a user who replied to his wife, Brandi Rhodes’ tweet about wrestling being magic by pointing out that wrestling is “fake.”

As Cody explained, actor Christian Bale isn’t really Batman, but no one feels the need to point that out. Check out the Twitter fun below.

Most importantly “Professional”Wrestling is Fake

Christian Bale wasn’t actually Batman, but no human being ever was so fucking flat out stupid that they needed to say it aloud. Next. https://t.co/cmqm2qwjQr

Speaking of Cody, he posted the following update on his return from injury on Twitter this weekend.

Been difficult to train for final battle(essentially on one knee) but I’m pretty happy with the progress. Kilos to pounds I’m about 222 midday. W/water trim & carb depletion I imagine I’ll walk into Hammerstein at 208! pic.twitter.com/TMQe7LJaux

Cody Rhodes On Fan Saying Wrestling Is “Fake,” Update On His Injury Status