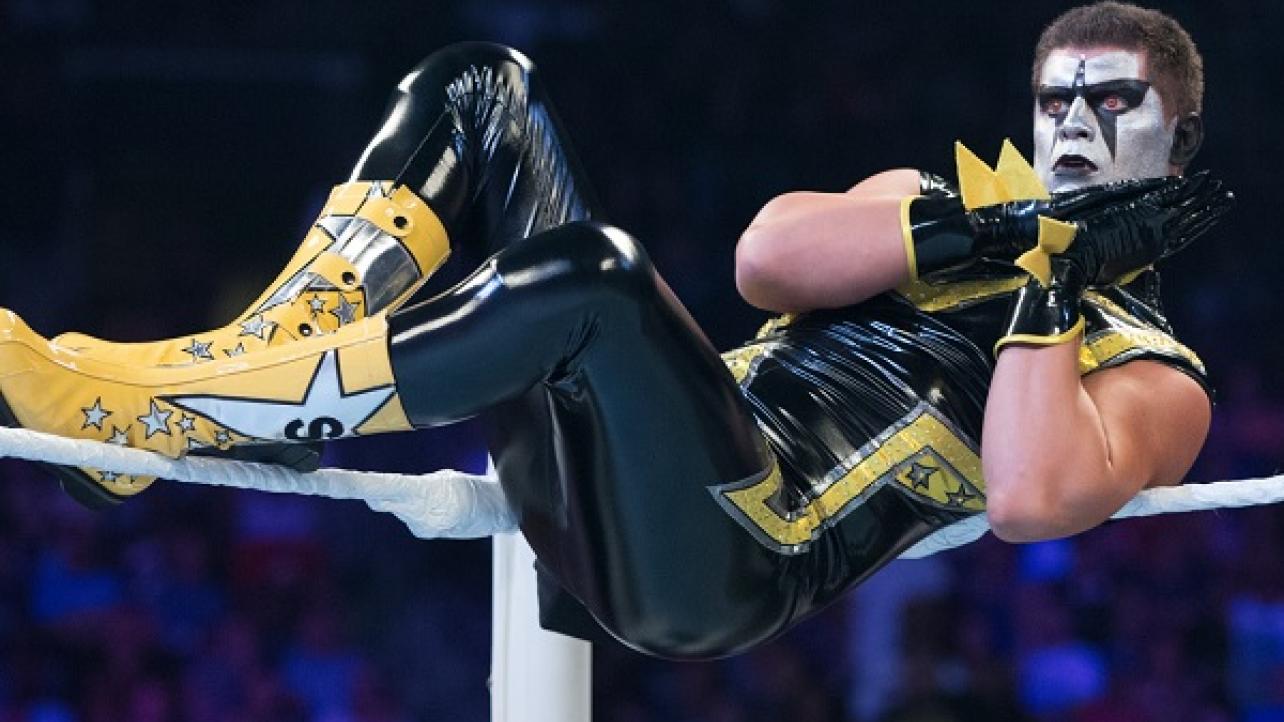 Former WWE Superstar and current IWGP United States Champion Cody Rhodes recently appeared as a guest on Chris Jericho’s Talk Is Jericho podcast for an in-depth interview. Featured below are some of the highlights.

On his relationship with his brother, Dustin “Goldust” Runnels: “Who has got siblings? Brothers? Sisters? Alright? So me and Dustin’s situation is a little different. He’s, I don’t know, 20 years older than me. We didn’t grow up in the same household. We absolutely love each other. If he needed someone in his foxhole, I’m there. But we don’t have a lot in common. We don’t like any of the same things. One guys is super early. The other guy is super late. It’s just weird. [Dustin is an ‘old school brother’] big time, big time.”

On Goldust telling him he “out-Goldusted” him at Stardust: “[Jericho] paid me a compliment that my brother heard and ooh… I did these Stardust vignettes backstage, and they had made the star room for me, and they put a star filter on the camera, so there was a large investment in it and I really just wanted to go for it because it was essentially like wearing a mask. ‘Oh, when you wear a mask, you can do anything,’ and Fit Finlay told me, ‘you can fall down; you can goof around; you’re no longer in any jeopardy of looking silly. This is silly enough.’ So we did this one backstage [vignette], and it went really well, and Chris came up to us and he goes… and he was real excited because Chris is one of those who is really good about telling others in the locker room when they did good jobs, which is a thing that’s missing, by the way. Everyone just [says], ‘oh yeah…’ But anyways, he came up and he said, ‘you’ve out Goldusted Goldust.’ And I was like, ‘oh, thank you so much!’

“I’m just standing there in this trash bag of a suit, and my face is all painted up, and I already feel like a d——d, and Dustin kind of like, all eight feet of him, shook his head and walked away, and I go, ‘oh no! That was it.’ And every night after, it was ‘Stardust is over.’ ‘No, no, no, Goldust is over.’ ‘Oh, Goldust is taking the heat.’ ‘No, my shoulder. Stardust will be taking the heat.’ ‘Okay.'”

On Stephanie McMahon and the origins of his Stardust character: “Oh man, [Stardust was pitched] just in the worst way ever. We had a fun little run. We never wanted to team together, but when we did, it was successful. And we did stuff with The Shield and have [Big] Show involved. We did dad’s last stand there in Buffalo [New York] and all that, so we found a lot of love and bond. When we’ve been together for a little while as a team, there is something cool about teaming with your brother. There’s a very real dynamic and a protective element to it, but I think they just thought it was getting a little stale, so God bless her, Stephanie McMahon, just randomly blurted out in gorilla [position], ‘why don’t you paint your face like your brother?’ And I’m looking, like, ‘ah…’ just trying to get out of the curtain, just trying to get out of the curtain, and then I saw the old man, I saw Vince just [imitating Vince], ‘yes!’ And he came out of gorilla, headset off, and he gave me the creative services guys’ info. Creative services is like a defunct brand.”

Check out the complete Cody Rhodes interview from the Talk Is Jericho podcast at Player.fm.