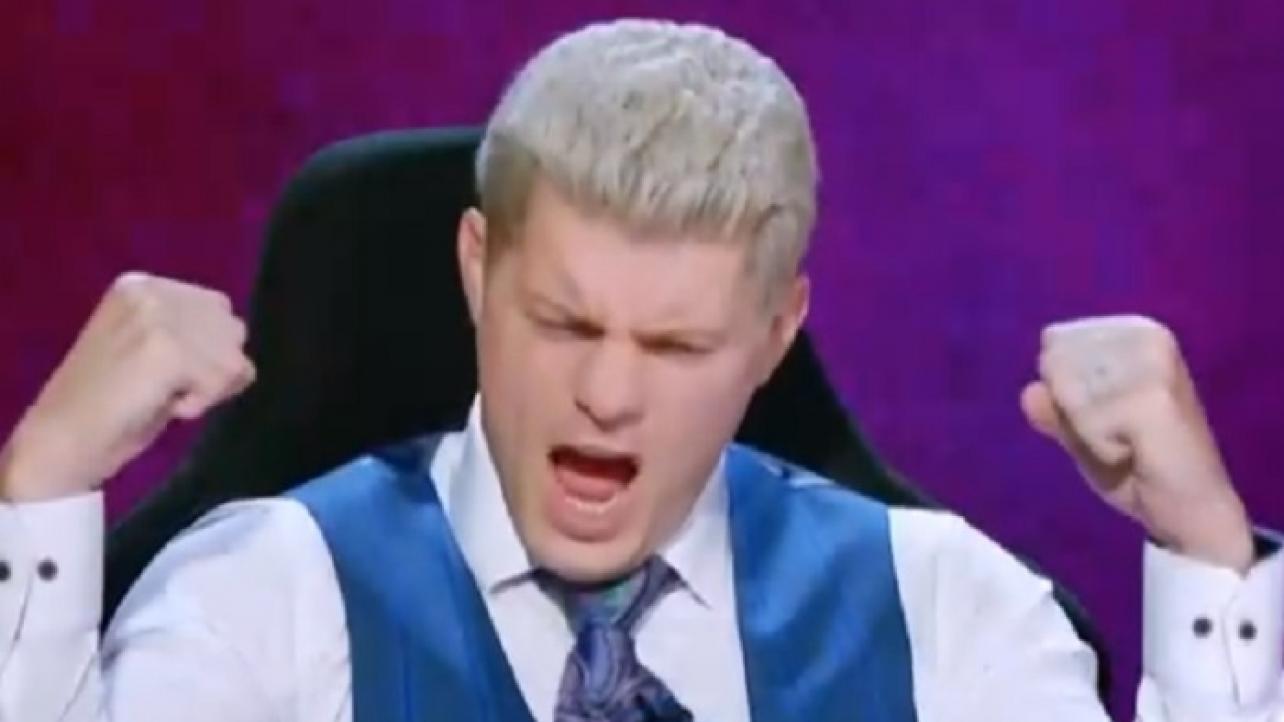 Cody Rhodes Looks Back On Smashing The Throne Moment, Talks AEW vs. WWE

Cody Rhodes recently spoke with Inside The Ropes for an in-depth interview covering all things pro wrestling.

During his discussion with the popular pro wrestling outlet, “The American Nightmare” spoke about All Elite Wrestling being competitive with WWE, his memorable smashing the throne moment at AEW Double Or Nothing 2019 and more.

On AEW being competitive with WWE: “I wanted to be clear what we were doing. You mentioned the barbs back and forth—that’s part of what we do. Trash talk is part of what we do, but also when they counter-programmed us for no reason other than to split our audience, I didn’t want to meet that in a cowardly fashion. I wanted to flat out say, ‘OK, well, great. Our show is still going to be better and as crazy as this is, we’re going to win. So if you want to have this moment in time on Wednesday nights where we put all eyes on wrestling, we’re going to win.’”

On his smashing the throne moment at Double or Nothing 2019: “I don’t want to go into any battle with the idea that we’re going to lose. I’m face-forward in the company on so many things, so I wanted to go in and let them know I am willing to fight. I am willing to openly smash this iconic symbol, and what it stood for and stands for to some fans. Yeah, there’s so much to that moment. That may be my favourite moment. The match was one thing, but that was something that . . . I hear this a lot in wrestling school and it blows my mind. People will be like, “Well, the match…” They talk about matches with the sound off. ‘Like, well, it’s different with the sound off.’ That’s ridiculous. Wrestling never has the sound off. So I never, ever will regret that moment because when I turned to head back up the ramp, everybody in the building knew what we were about to do and everybody wanted us to do it, and we did it, and we wanted to make a statement. So that was a statement.”

Check out more from the interview at ITRWrestling.com.

Cody Rhodes Looks Back On Smashing The Throne Moment, Talks AEW vs. WWE