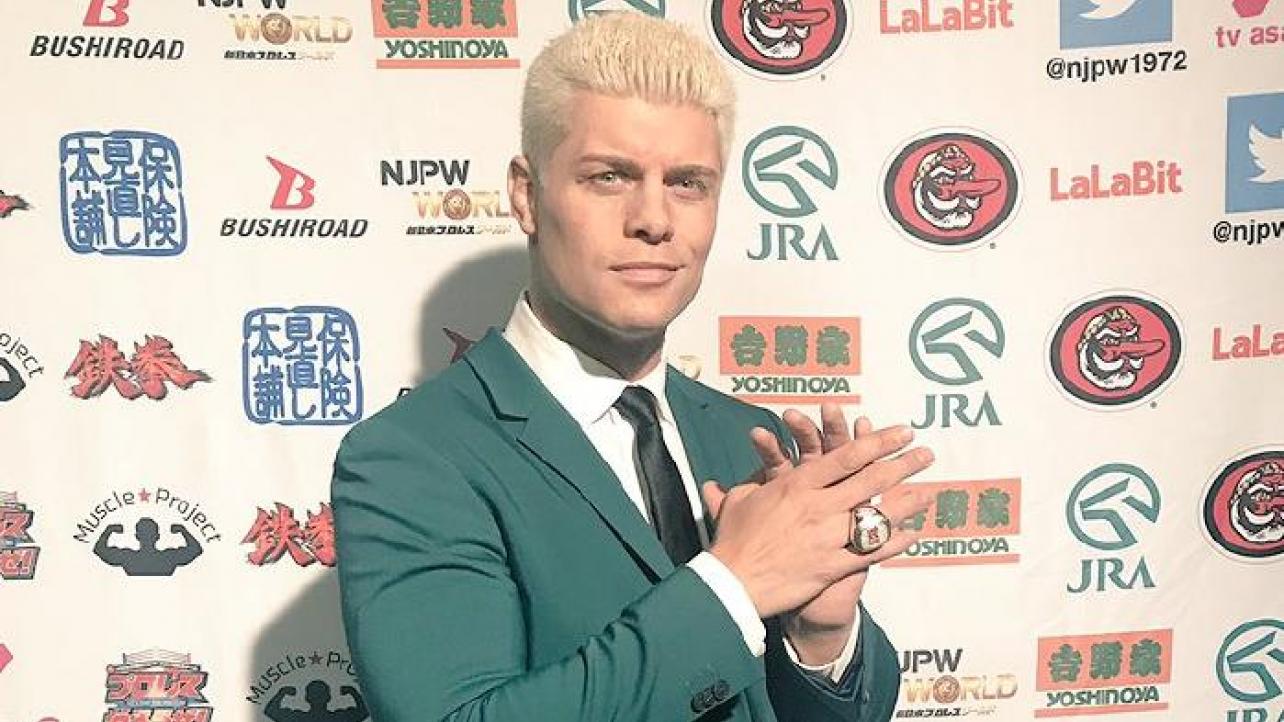 Former WWE Superstar Cody Rhodes (Stardust) recently spoke with the folks at FOX Sports for an interview. Featured below are some of the highlights.

On never reaching main event status in WWE: “In WWE, you’re always given the opportunity. They have such a large brand — you’re on the (WWE) Network, you’re on YouTube, you’re on USA Network, you’re on so many platforms. I just think it didn’t feel right. I don’t know what specifically.”

On how the Stardust character affected his decision to part ways with WWE: “Maybe I just wasn’t meant to do Stardust as long as I had done it, so it didn’t feel right. I remember putting some concept art together for what I would look like as just Cody Rhodes, as just Cody, the wrestler, and it really just appealed to me in such a way that if I couldn’t do it in WWE, I thought well, I’ve saved my money, I know a little bit about the game, I’m going to go and do it on my own and see how I do. And it ended up being the best decision I’ve ever made.”

On experiencing a different level of freedom working various independent promotions outside of WWE: “It’s total freedom. And I don’t think it’s fear. I don’t think that New Japan and Ring of Honor are afraid of the Bullet Club, they’re aware. Particularly Being the Elite — they’re aware that it’s only a good thing, because it’s a platform for talent to succeed.”

On the Being The Elite series possibly getting picked up and the rift within The Bullet Club between he and Kenny Omega: “I’m not capable of being in a group where I’m not the leader. I did it once earlier in my career with Legacy, and that was cool because I was young and green and a rookie in the industry, but now no more. After a world title run you can’t really call someone else your leader. And I think that is this natural tension, that very really exists, because here [Omega] is with this reputation of being the best wrestler in the world and here I am with that mainstream appeal that helped gain a bunch of new fans for the Bullet Club. And the fact that I think Matt likes me more, and Nick likes Kenny, it’s all real. So why not have a match? Why not make it real?”

Check out the complete Cody Rhodes interview at FOXSports.com.