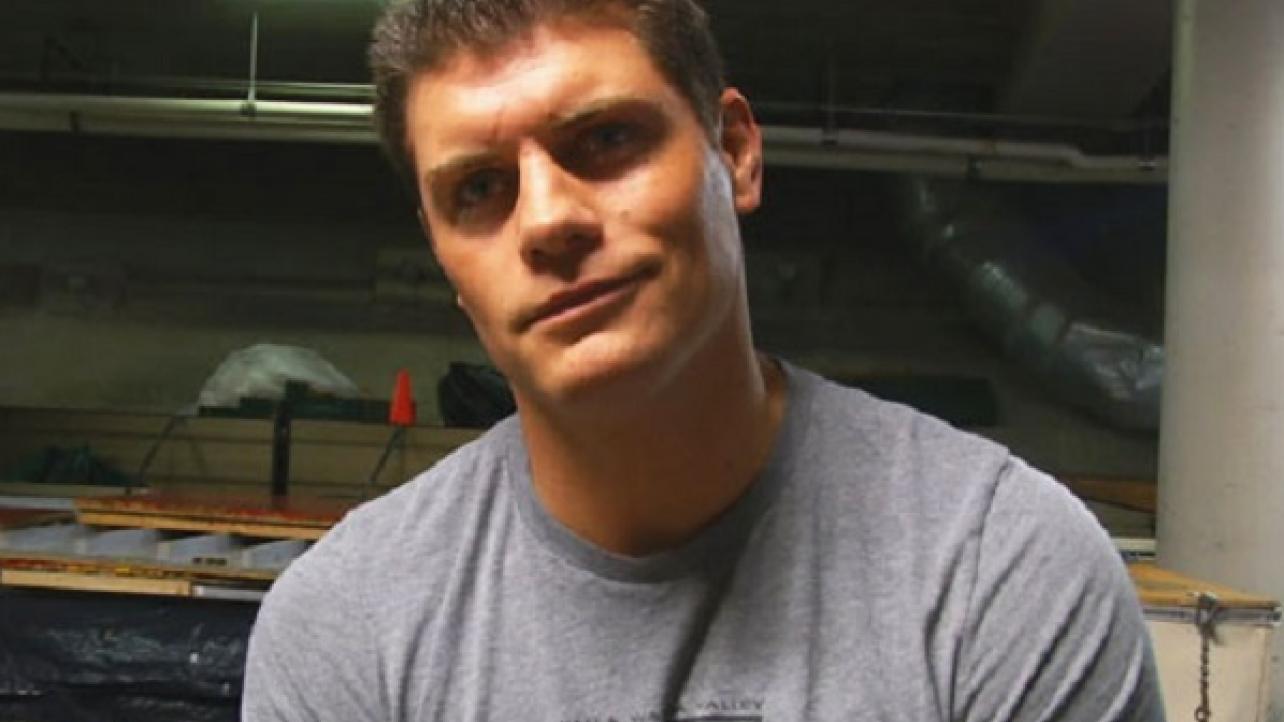 ROH World Champion Cody Rhodes recently spoke with Sports Illustrated for an interview. Below are some of the highlights.

On wanting to face Daniel Bryan in a match at a 10,000 seat arena: “I’m the son of the ‘American Dream’. Of course I’m a dreamer. My dad had no fear. As a promoter and businessman, he had no fear. I’m 32 and entering the prime of my career, so why would I be afraid? I’ve found these friends and businessmen in the Bucks, and I believe the business cannot continue to go on the path it’s going. It has to continue to change, and there have to be people who are going to change it. I really can’t claim to be any of that until we fill this joint up, but I am not afraid of what we are about to do.”

On the confederate flag controversy and racial tension in the United States: “It bothers me, but even surprises me when racism pops up. I had a fan tweet to tell me he’d been a fan for a long time, but he had the Confederate flag as his profile picture. I said, ‘Hey man, you’ve got to get rid of that,’ and he did, but what surprised me about that interaction was the amount of apologists who defended what the Confederate flag actually stood for. That always surprises me–that there are still apologists, essentially, for racism.

“We don’t need to be educating people on the Confederate flag, it just needs to be gone. In Germany, there are not swastikas on every corner. That part of their past is history and they’ve progressed. I’m always shocked when I see apologists for racism, which has no place. We’re all in this together. Why would we ever divide?”

Check out the complete Cody Rhodes interview at SI.com.