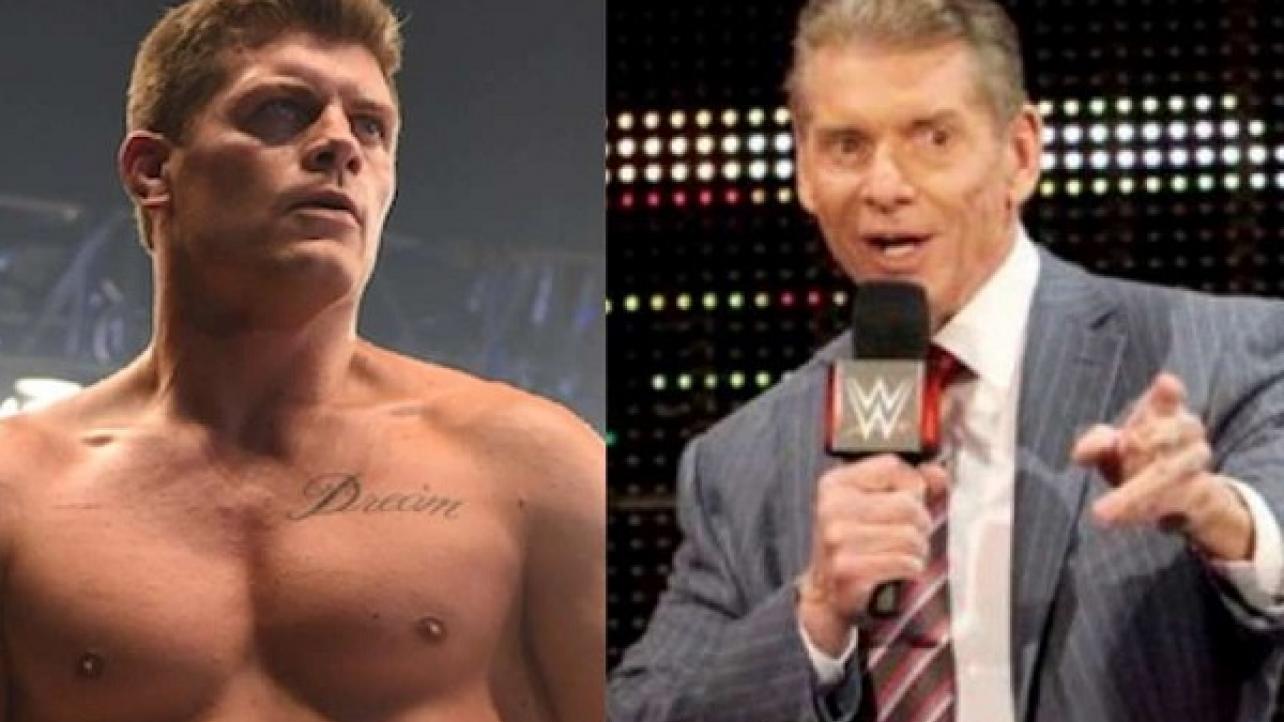 McMahon suggested that his company would not resort to “blood and guts” as the new competition is doing and openly questioned whether continued use of “gory crap” would fly with TNT and advertisers.

“So how did all this begin?. Was it with a club and a whisper, or were these roots planted long ago? They said we couldn’t and Matt, Nick and I said we could. And with All In, there was a satisfaction in proving people wrong. And then enter Kenny Omega, the Khan family, All Elite Wrestling. And the fans said that we could and there was an equal satisfaction in proving people right. So what happens now? Plain and simple, wrestling fans and wrestlers alike have an opportunity to take back their space.”

“Recently there were some very public comments made about us where we were referred to as blood and guts. Blood and guts. And it was said with such a braggart candor that you would think the person saying it felt that they were bulletproof. But I wonder, before they said it, if they tasted their own words before they spit them out because the entirety of our business is built on blood and guts. Every man or woman who ever stepped foot in the ring – regardless of race, color, creed, political affiliation, sexual identity – has felt blood and guts and PASSION. Because if we don’t care, they don’t care. So if you say we’re blood and guts, I say you bet your ass we are blood and guts.”

“Wrestling returns to TNT after eighteen years, eighteen long years. So I ask you once again. If not us, who? If not now, when? Join us for history, October 2nd, Washington DC, the Capitol One Arena. We need you now more than ever. I’m All In. Are you?”