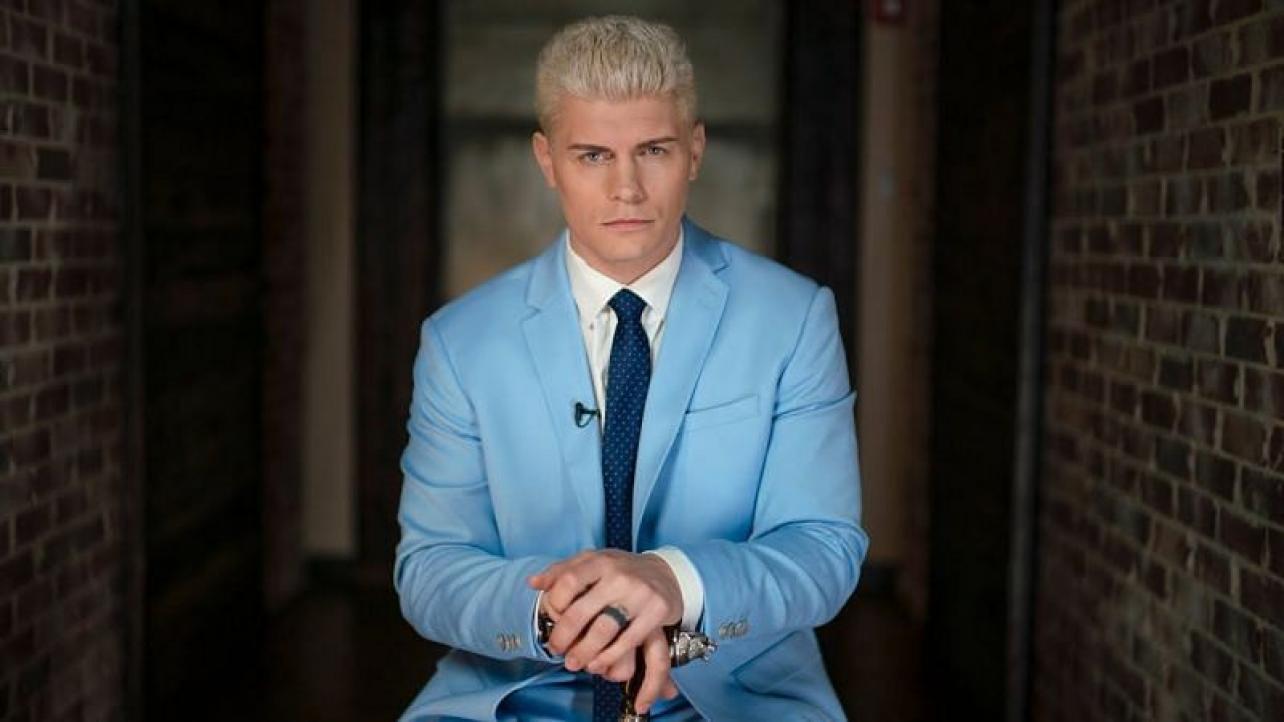 Cody Rhodes Reveals That His Promos Are Tested With Focus Groups

AEW superstar and Executive VP Cody Rhodes recently spoke with the Wrestling Buddies podcast to hype this Sunday’s Double or Nothing pay per view, where the American Nightmare will dawn the American Dream name for one night in his high-stakes grudge match against Anthony Ogogo. Highlights from the interview can be found below.

How he has focus groups for his promos:

“This is probably gonna sound not cool, because a lot of wrestlers–especially wrestlers from my dad’s era–will lie to you and say, ‘Oh, I just came up with that promo right there on the spot,’ which is bulls***. But whatever. I workshop my promos heavily for weeks on end. We have a full focus group for them, as crazy as that sounds. This is a data-based company, so I workshop everything I do. And because my promos have been held to a really high standard–people pick at them and find things in them and they put a microscope on them, which I love. With that in mind, when I was doing the promo I couldn’t come up with a finish.”

What the story actually is between him and Ogogo:

On calling himself the American Dream and why he believes this night is similar to Batman:

“If I need to do it for a gimmick, it’s the wrong thing. But if it’s something that organically exists and comes up and it’s just that name–it’s more thematic and in my soul. Not to get all artsy and whatnot, but if it’s [in my heart] more than it’s [in my head], then it would be worth it and it would feel good. So it really just encapsulates everything that’s happening. “I’m a big Batman reader and all the characters I love in Batman are all of the screwed up Robins. Damien’s a killer. Dick is pretty much the only one with his head on his shoulders. Jason, obviously is Red Hood, Tim, etc. They’ve all got problems. And that’s what it’s like being a second-generation wrestler. We’re a bunch of broken toys and this is one of those times where it feels like putting on the cape and cowl. If anyone can do it and do it justice and do it with honor, it could be me. Maybe not full-time and maybe not long-term, but for one night I’ll be the Batman.”

Cody Rhodes Reveals That His Promos Are Tested With Focus Groups