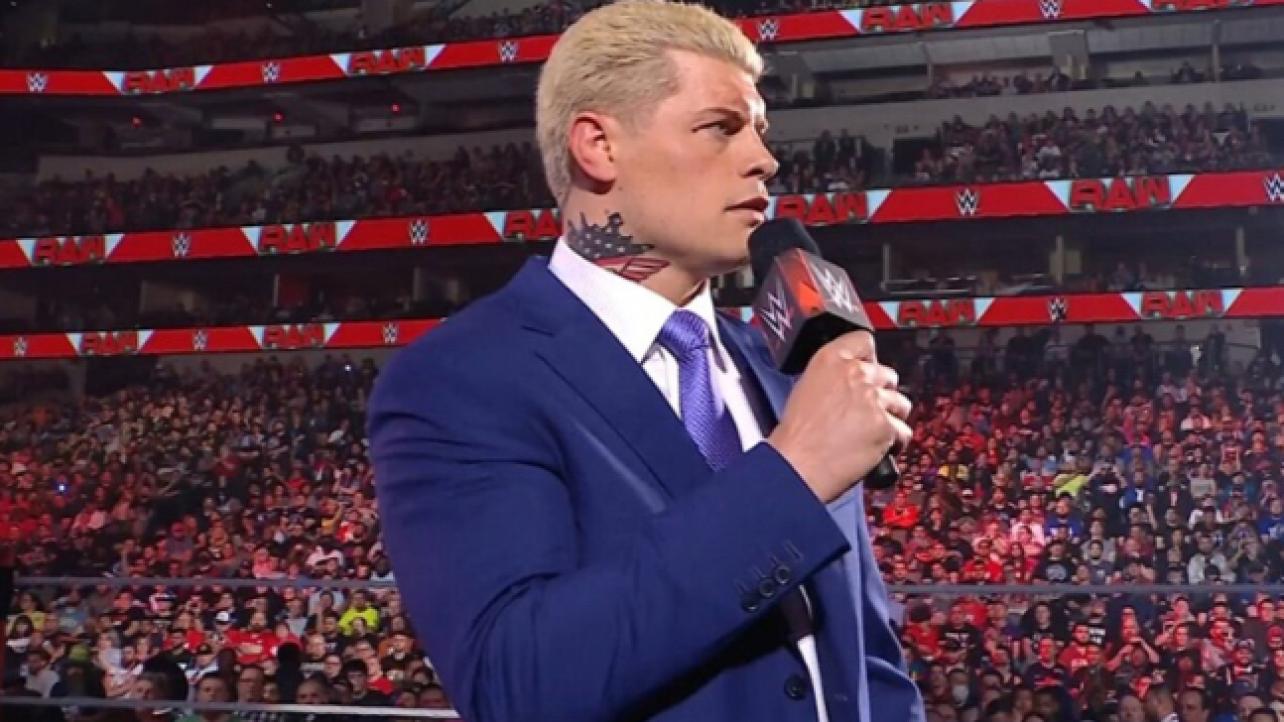 At this past Saturday’s WWE WrestleMania Night 1 Event, “The American Nightmare” Cody Rhodes made his highly-anticipated return to the WWE, when he faced Seth “Freakin” Rollins in Singles action and came out of the match with a huge and hard-earned victory. Cody Rhodes then kicked-off RAW last Monday and addressed the WWE Universe, when he said it was an easy decision to return to the WWE and he is ready to bring the WWE Championship back to the Rhodes Family.

“The American Nightmare” Cody Rhodes made an appearance live in-studio on a recent WWE’s The Bump and revealed that he has the physical championship that he spoke of and that was in the photo, which only a handful of people know and that the promo he cut on last Monday’s RAW was incredibly real, from the heart and unscripted because that is how he wants to present himself, especially when it comes to the microphone now that he is back in the WWE.

Cody also said it was very difficult to tell the fans the real story, but he was glad that he did and now that his dreams have changed despite him not being ready then, he has a family now and he can get it done still, even though his dad isn’t with him anymore.

“I have told that story, I think I posted it one time, because I have the physical WWWF Championship in the photo, I had posted about that, but I have only told the story to a few fans, a few friends, it’s a very limited number of people.”

“I, as a professional, wanted to present it in the most digestible way, it’s incredibly real, from the heart and not scripted, that’s probably a good precedent to set for me when it comes to being here now and being on this team, that’s how I’d like to present myself in terms of, I know what I’m doing with a microphone and I don’t need to be told.”

“That was a case of, I’m just going to tell you a real story anyway. I was really glad to tell it because, it’s very hard, but I was glad to tell it because my dream shifted a great deal in the industry as things changed for me. How often do you get another opportunity. I wasn’t ready, I didn’t do it, and I’m sorry Dad that I didn’t get it done, but I have a family myself now and I can get it done still, even with him not here.”

You can check out Cody Rhodes’ comments in the video below. H/T to F4WOnline.com for transcribing the above quotes.