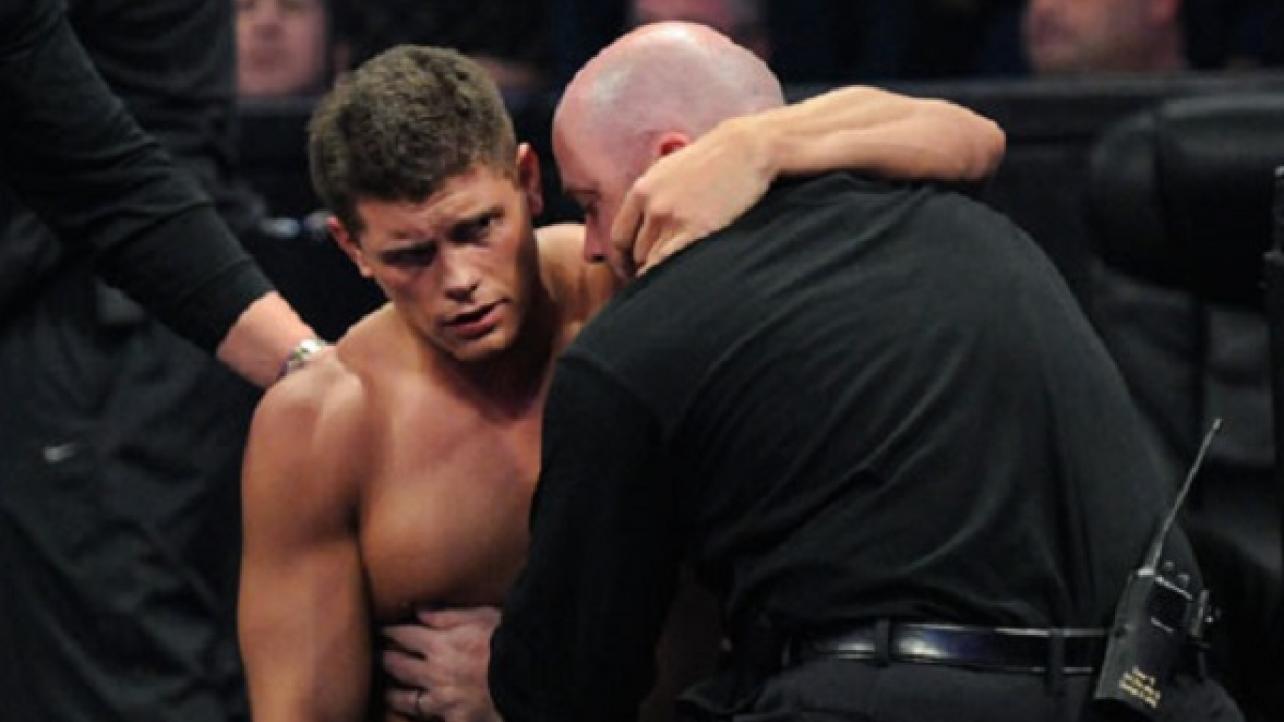 Cody Rhodes suffered a knee injury after the recent ROH event and it will prevent him from wrestling tonight at an ROH show in Toronto. Rhodes tweeted the following:

Going from one side of the crowd to the other last night, teasing a t-shirt toss of all things…heard a loud POP in my knee. Terryfing.

Hoping it was just a lil’ meniscus and Sunday I can still deliver.

Sadly folks I will not be able to wrestle tomorrow in Toronto. I will still be at the pre-show meet/greet to say hello to everybody

ROH & I will find a suitable replacement for the match. I’m extremely sorry. I’ll be able to confirm the extent of the issue after an MRI this week

The following pics of former WWE wrestler Big Cass made its way onto social media yesterday. The pics seem to show that Cass has not only gained an obvious amount of weight, but he is also not in the type of shape that he was in when with WWE.