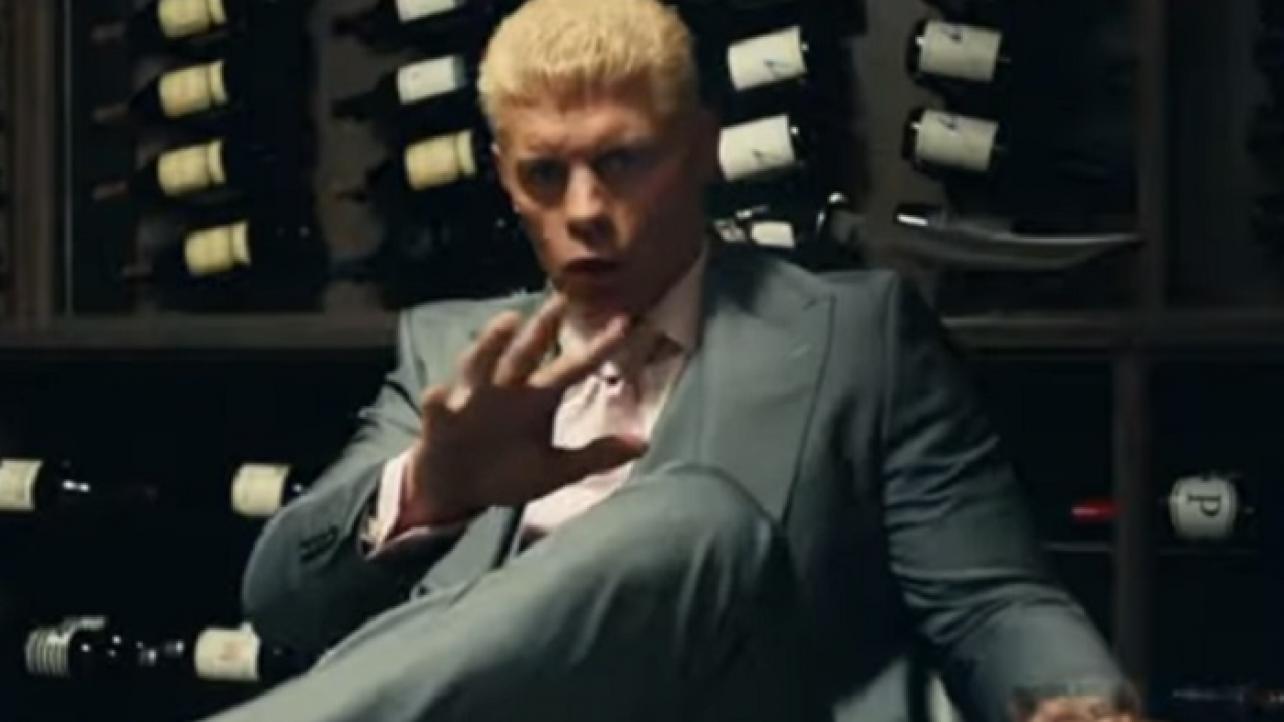 Cody Rhodes made an appearance on the latest installment of “A Shot Of Brandi” with Brandi Rhodes and her special guest, Stephen Amell.

During the appearance, “The American Nightmare” explained why Arn Anderson fell off the ring apron during AEW Dynamite: Grand Slam.

Featured below is an excerpt from the episode where Cody tells the story.

“We designed our ring based on the New Japan specs. The aprons are extra wide so the guys and girls can do stuff on the apron. What happens, is the post is farther away. Normally, you can just wrap around the post and get to the other side. [Inaudible] That was the distance from about right here [holds arms out]. Arn’s not familiar with that and the ropes are smaller too, so he went to make that switch and there was nothing to hold onto. It’s the craziest thing a referee has ever told me, when Paul Turner said, ‘He fell down.’ [I said] ‘Who fell down?’ Then I just saw Arn. He’s a legend though and he threatened to shoot me.”

Check out the complete episode of A Shot Of Brandi with Stephen Amell, featuring the guest appearance by Cody Rhodes, via the video embedded below. H/T to Fightful for transcribing the above quotes.