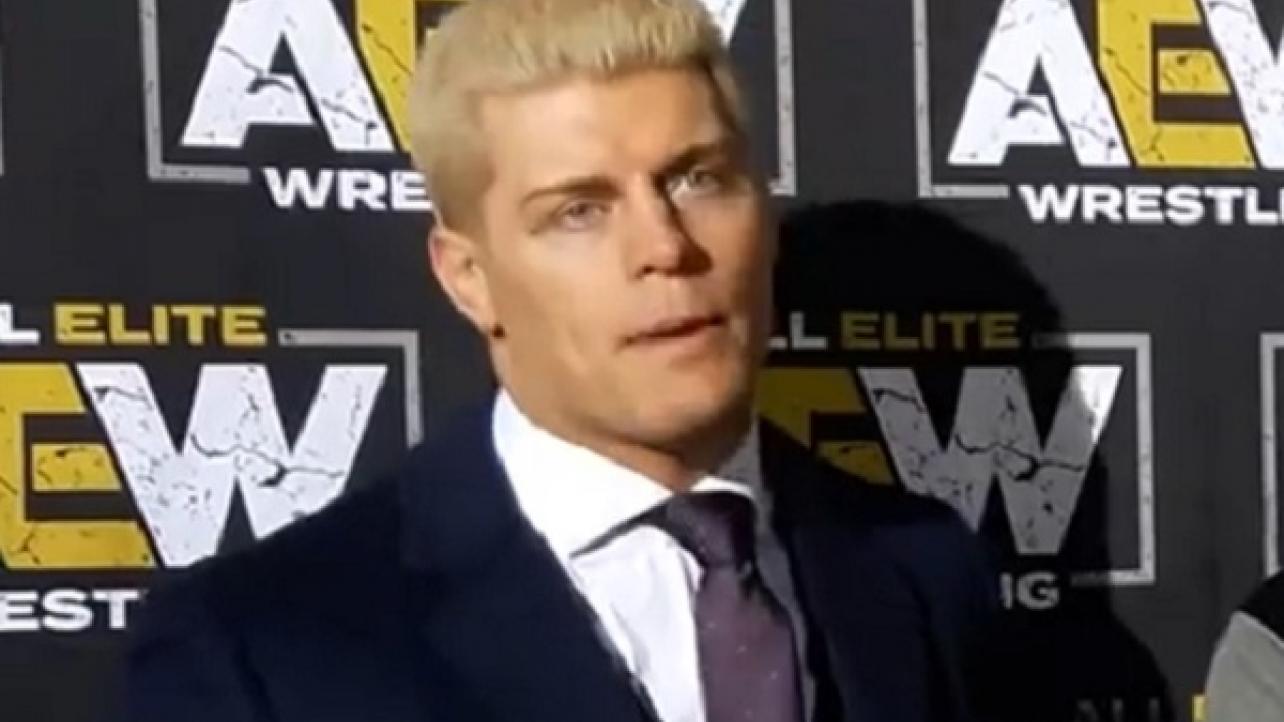 Following the All Elite Wrestling (AEW): Double Or Nothing Ticket Announcement Party event in Las Vegas, Nevada on Thursday evening, Cody Rhodes spoke with the folks from Wrestling Inc for a one-on-one interview. Featured below are some of the highlights.

On The Elite being excited to be reunited with Kenny Omega in All Elite Wrestling (AEW): “To have Kenny here and to be able to do that – he had to wait a couple of months to see his friends go, and to see him show up looking like a million dollars. You could see him light up, ya know? The lights guide you home and it was special. I get emotional thinking about it for him because I was excited to have The Elite together. But yeah, it was great.”

On Omega being named Executive Vice President and how he thinks things will go with talents in management positions behind-the-scenes in AEW: “We’re gonna figure it out, what it is exactly, but I was really excited for [Kenny]. That was a big piece of this. People think that might be silly but no, because in 1990-whatever certain collaborations didn’t work? This is a different group, we’re friends and we’re interested in giving the modern star a start with us. I think everyone here has the best intentions. I’m probably the one with the worst intentions but [The Elite] levels me out. And if you look at All In, it was the same thing. Kenny was a big part of that and he didn’t get the credit for it. So now he’ll get all the credit because we all have the same title and I think that’s great. I couldn’t share that with better dudes.”

Check out more from the Cody Rhodes interview at Thursday night’s AEW: Double Or Nothing Ticket Announcement Party in Las Vegas, Nevada below, or at WrestlingInc.com.