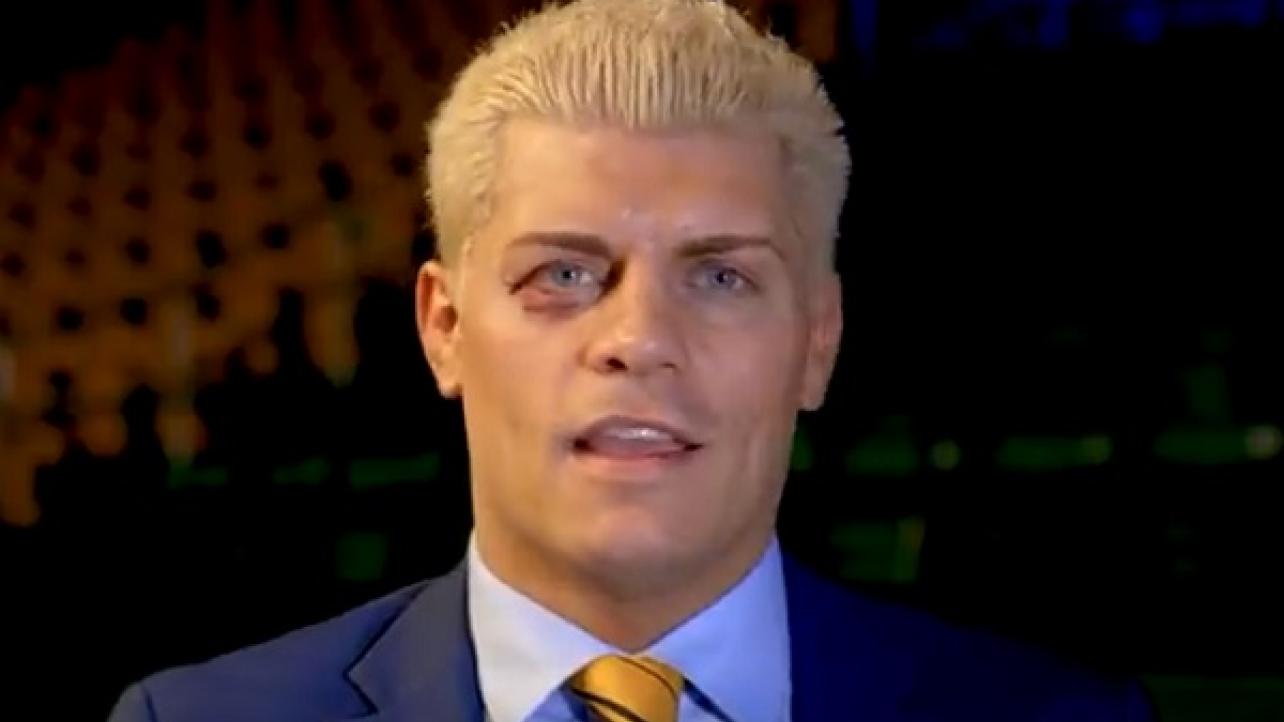 Cody Rhodes Teases ALL IN 2, Clears Up Confusion Regarding His Name

It looks like ALL IN 2 could soon be a reality.

In a new video released on the official NWA YouTube Channel, Cody Rhodes teases bringing the popular show back for a second installment.

Additionally, on Twitter, the NWA World’s Heavyweight Champion cleared up the confusion regarding the names “Cody” and “Cody Rhodes” and which he is allowed / prefers to use.

Will you ever be able to use the Rhodes name again? #Pharaoh

I can use it whenever. I will not be using it any time in the foreseeable future though…whether that’s w/roh, WWE, njpw, anywhere…

Cody Rhodes Teases ALL IN 2, Clears Up Confusion Regarding His Name